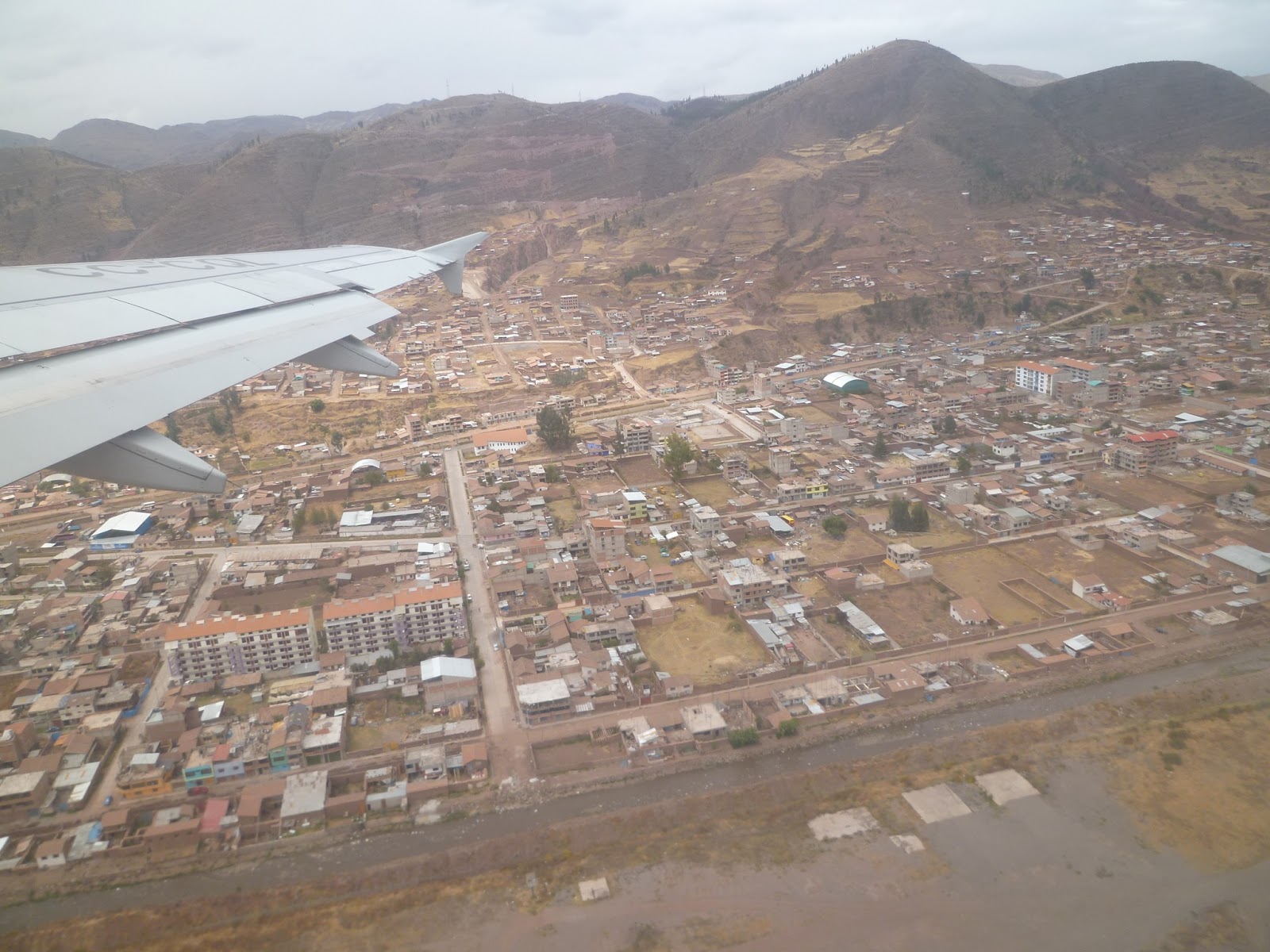 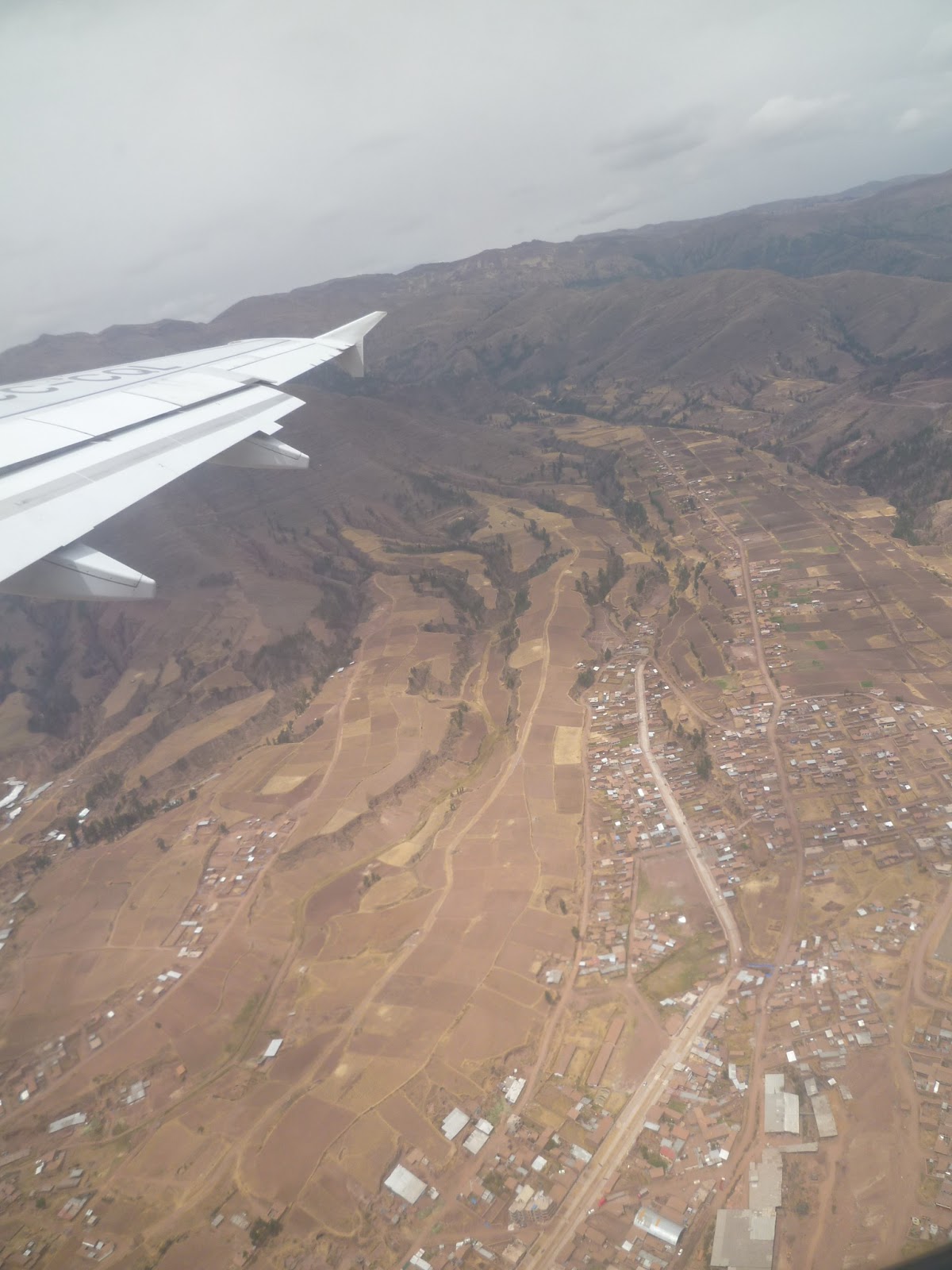 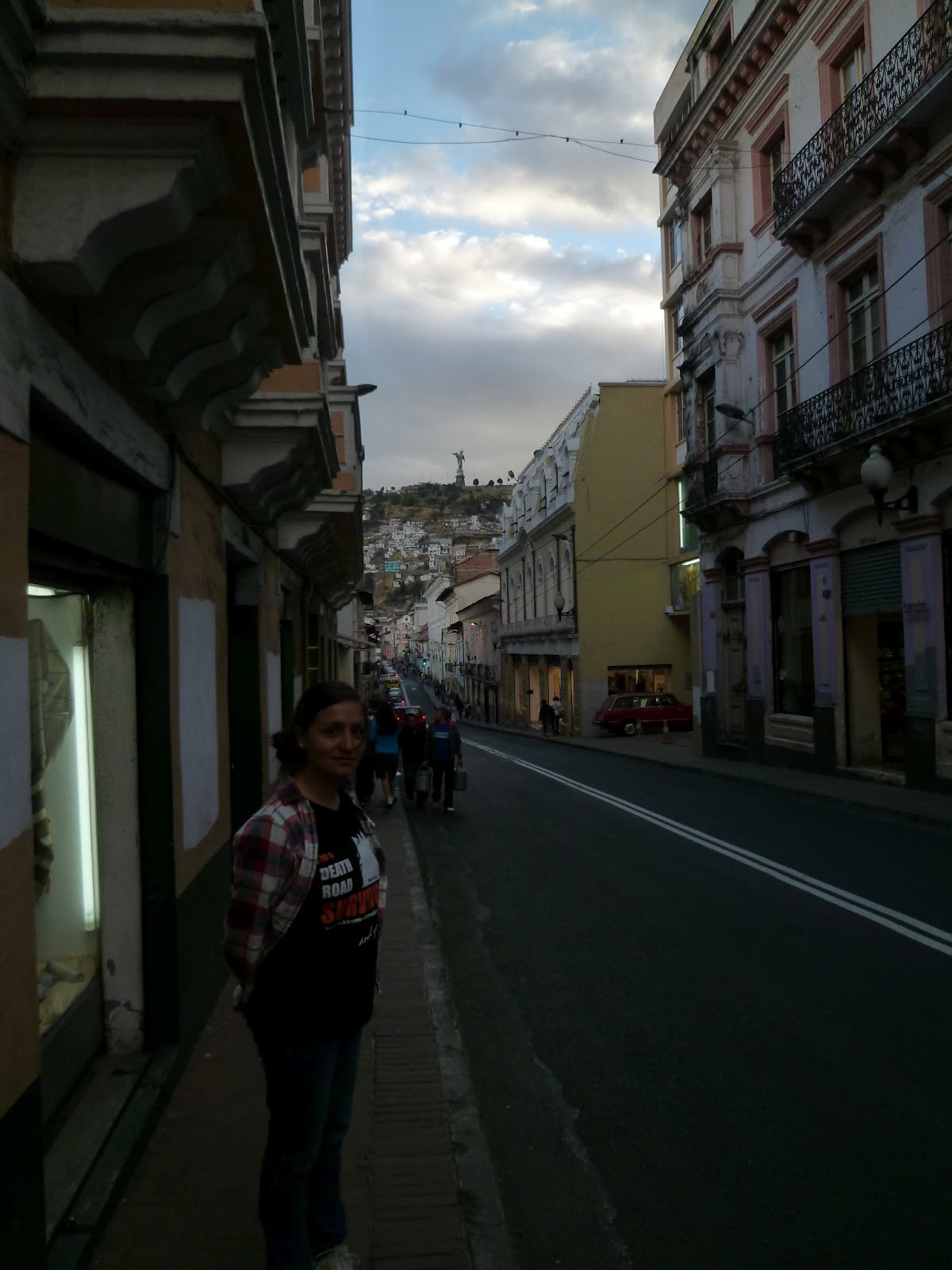 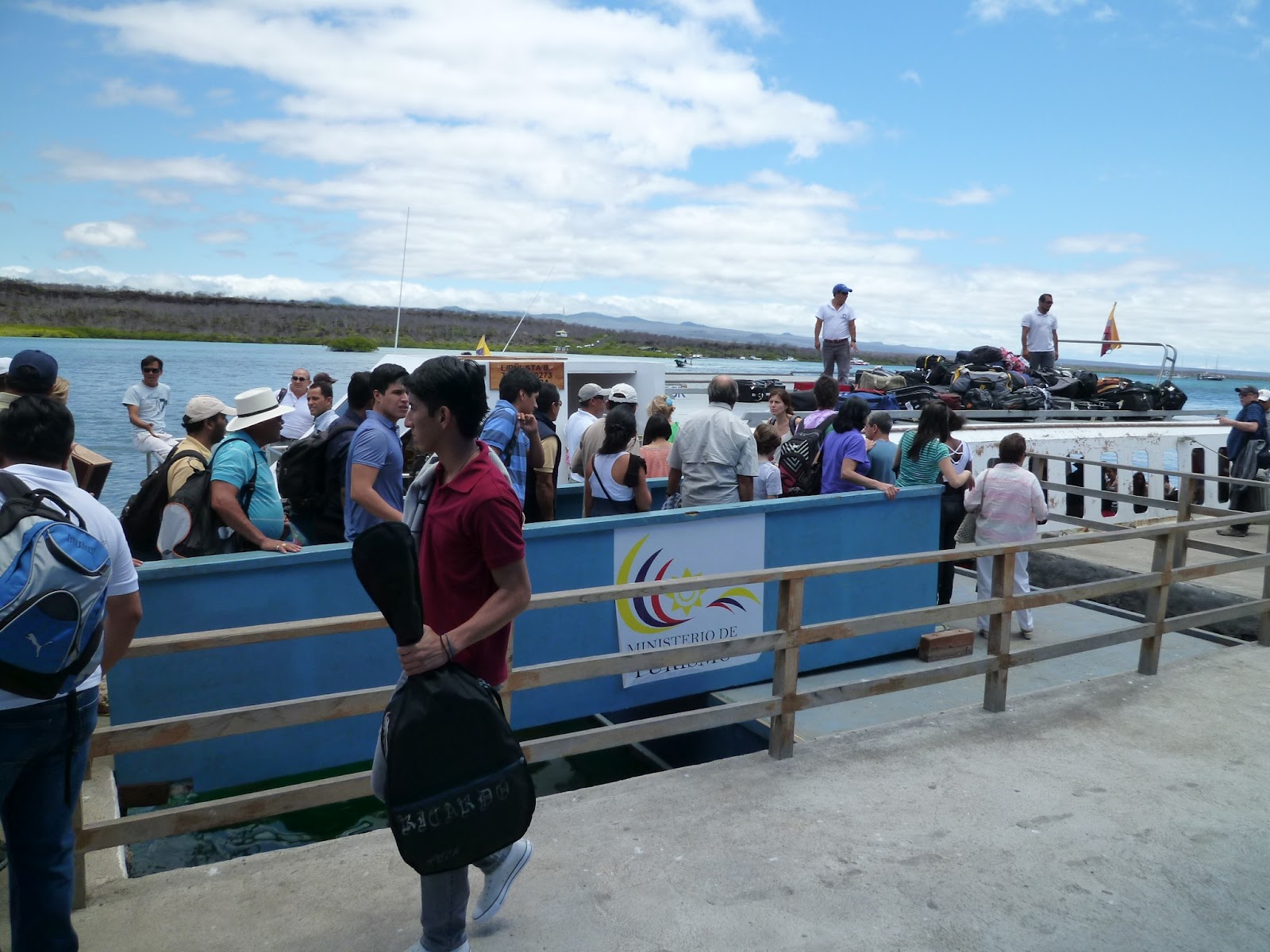 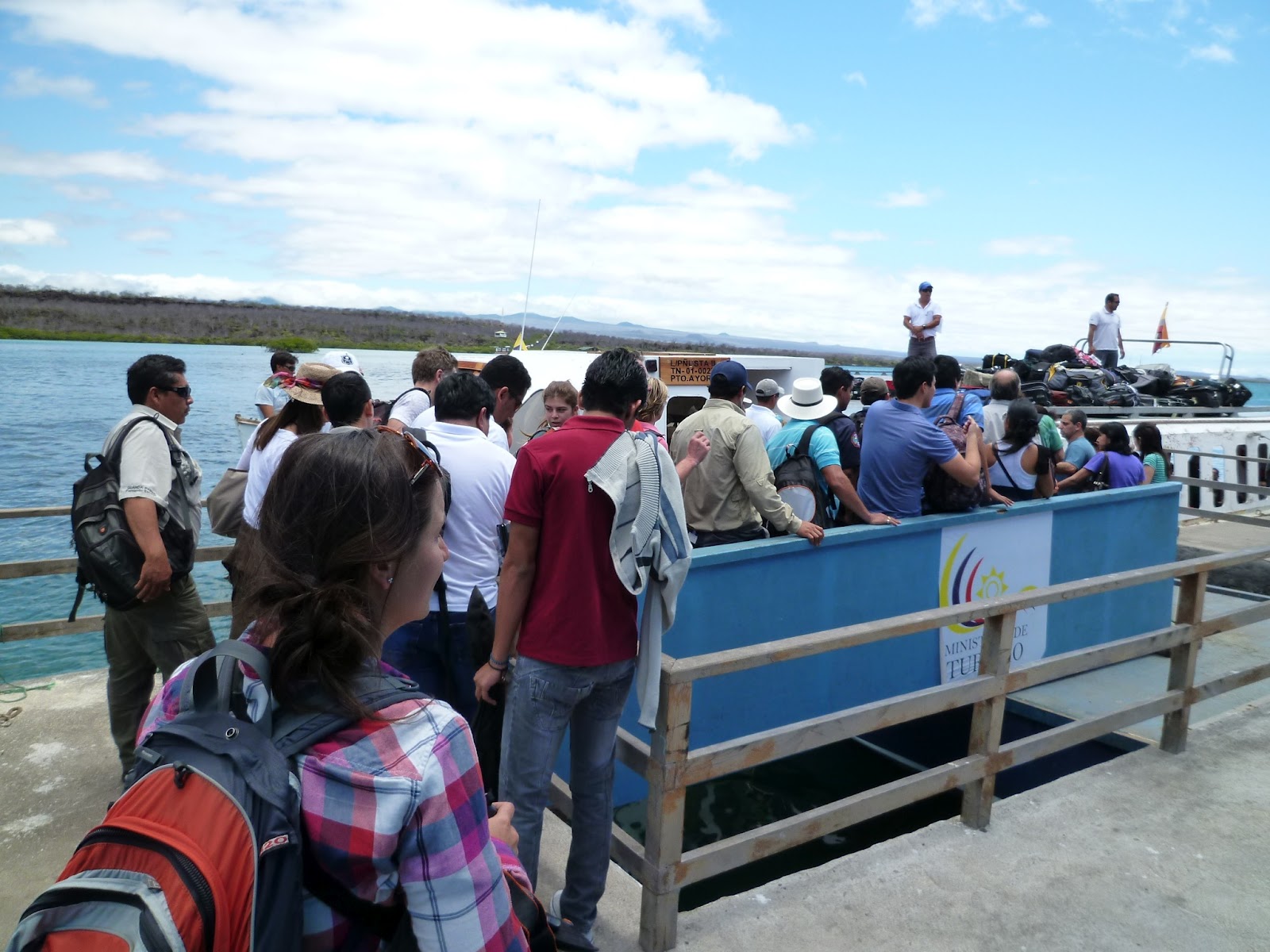 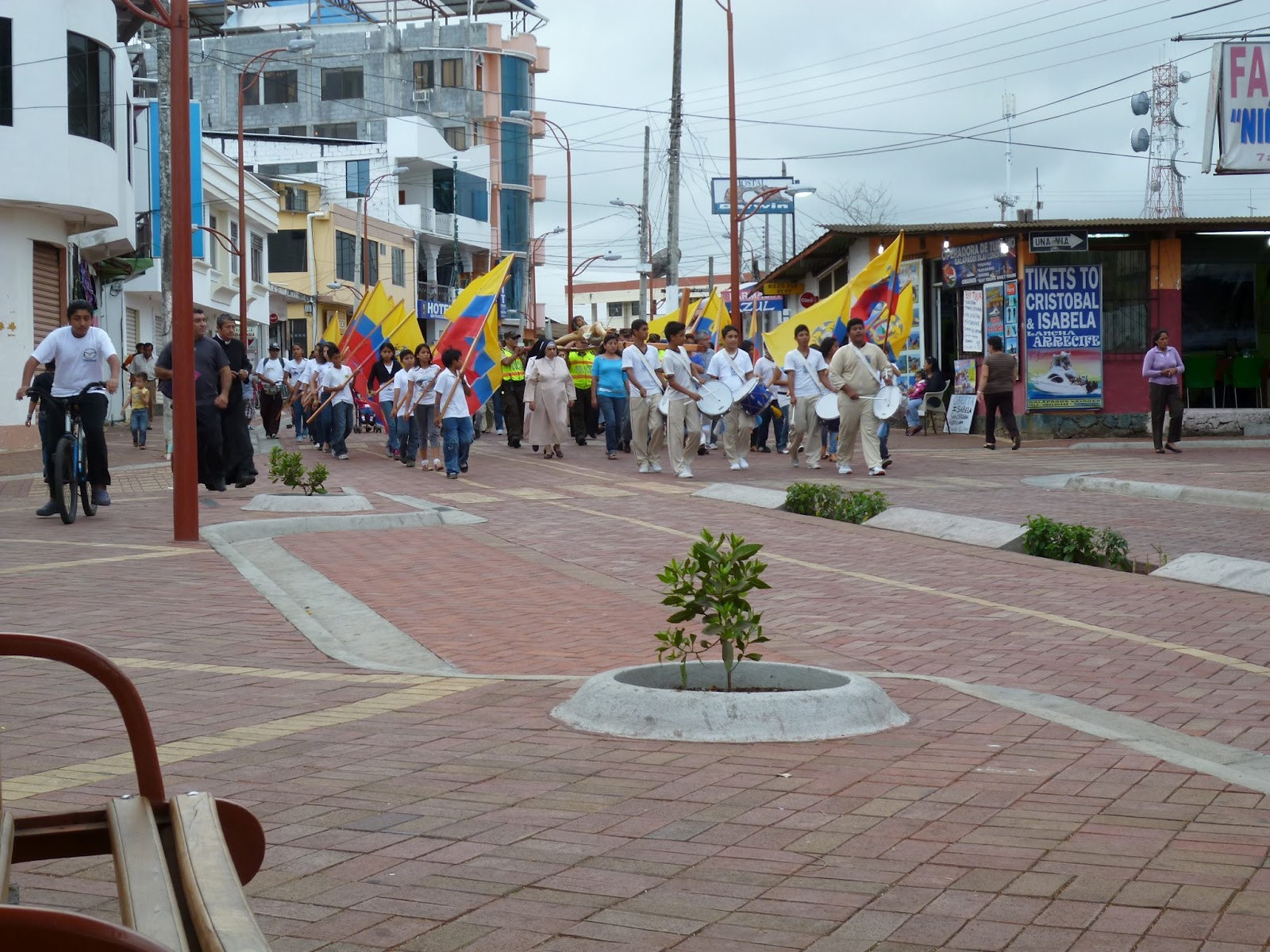 After a very unspectacular night in Quito we went back to the airport where we had to do a special baggage inspection for Galapagos. They are very strict in not allowing food, animals or plants that could harm the environment. They even spray with insecticides all the luggage shortly before arrival.

Around three hours flight and we started to see the mainland and the turquoise, green and blue ocean surrounding it. We had arrived! A place so rich of historical background, it was in Galapagos where Charles Darwin observed, studied and wrote many of his works that would later be developed to form the most famous theory of evolution; The Origin of the Species.

Everything was a bit chaotic, organization seems unknown, there were about 150 people waiting for buses (the only way to get to the canal which you have to cross afterwards), but in the begining there was only one so everybody tried to get in. When the second arrived, everybody would run and push to get a place. Finally we got on a third bus and after a 5 minute ride we arrived to the canal, put all our luggage on the top of a taxi boat just to realize it was leaving without us. We almost had to jump to get in but we made it.

We rushed to town hoping to get a good deal since tours are pretty expensive ranging from 80 to 300 USD per day but first we had some Ceviche. It was a man in his 60’s that saluted us from inside of his 5×5 mts hut, with no rush he went inside and started to prepare one of the most amazing ceviches I’ve ever had and served it with banana chips.

He sat with us and started to share his son’s accomplishments with us, it was extremely sweet to listen how proud he was of his son, when he talked about him his smile couldn’t have grown larger.

Booking a tour is extremely hard, there are thousands of agencies and not a lot of recommendations so off we went to the one the gringo, owner of the hotel, had recommended to us.

5.30am was our wake up time for our first boat trip and adventure tour to Isabela Island the next day.