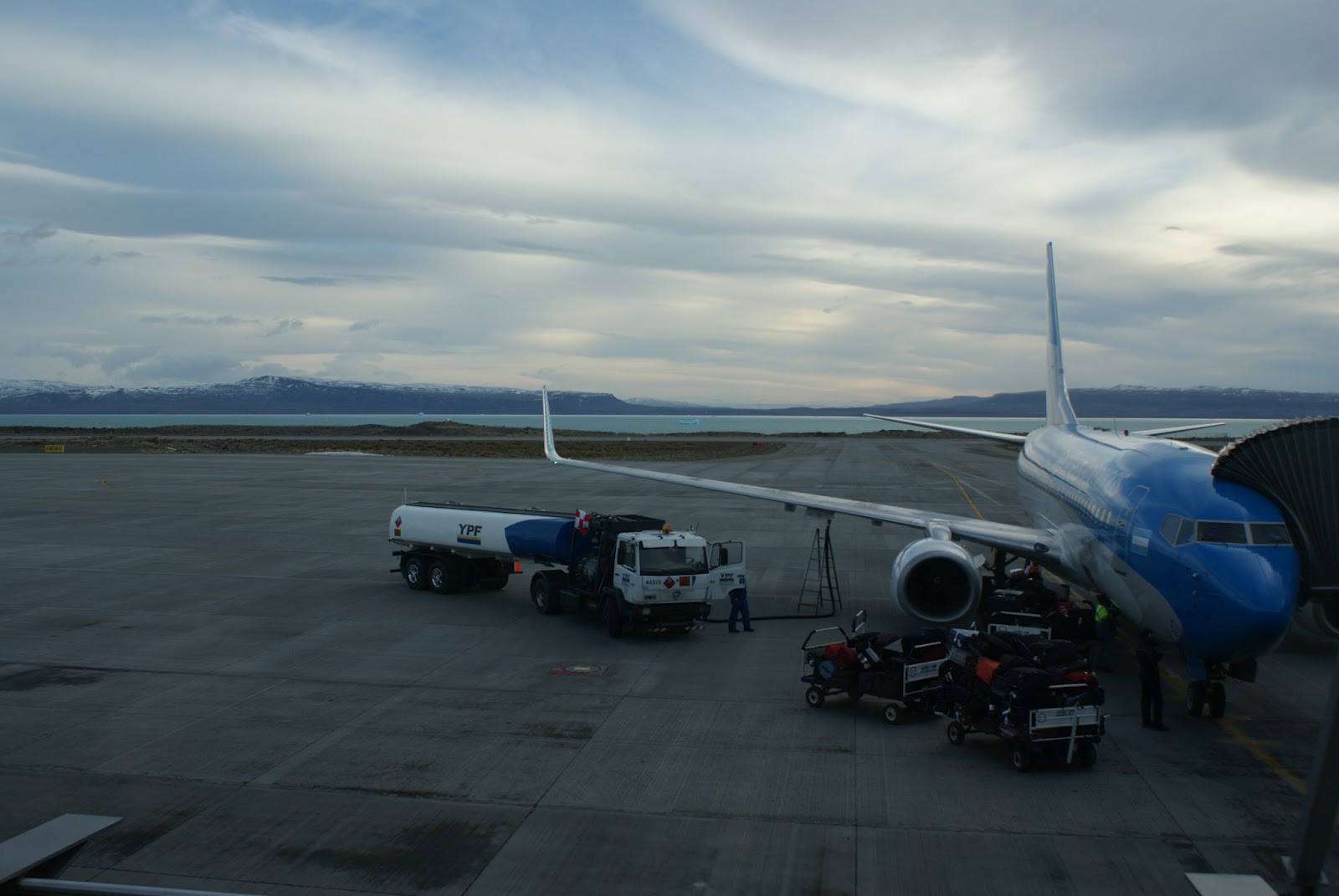 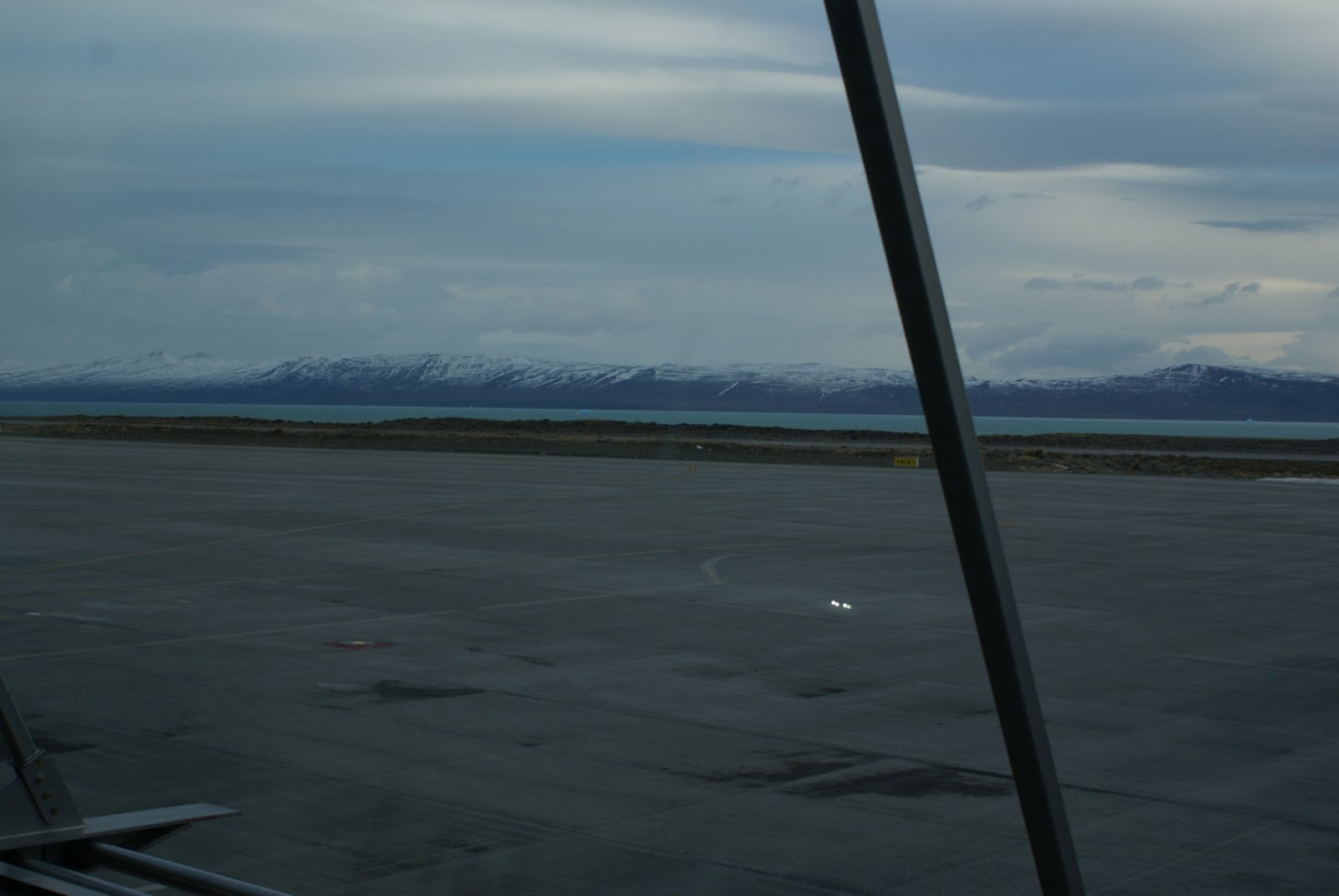 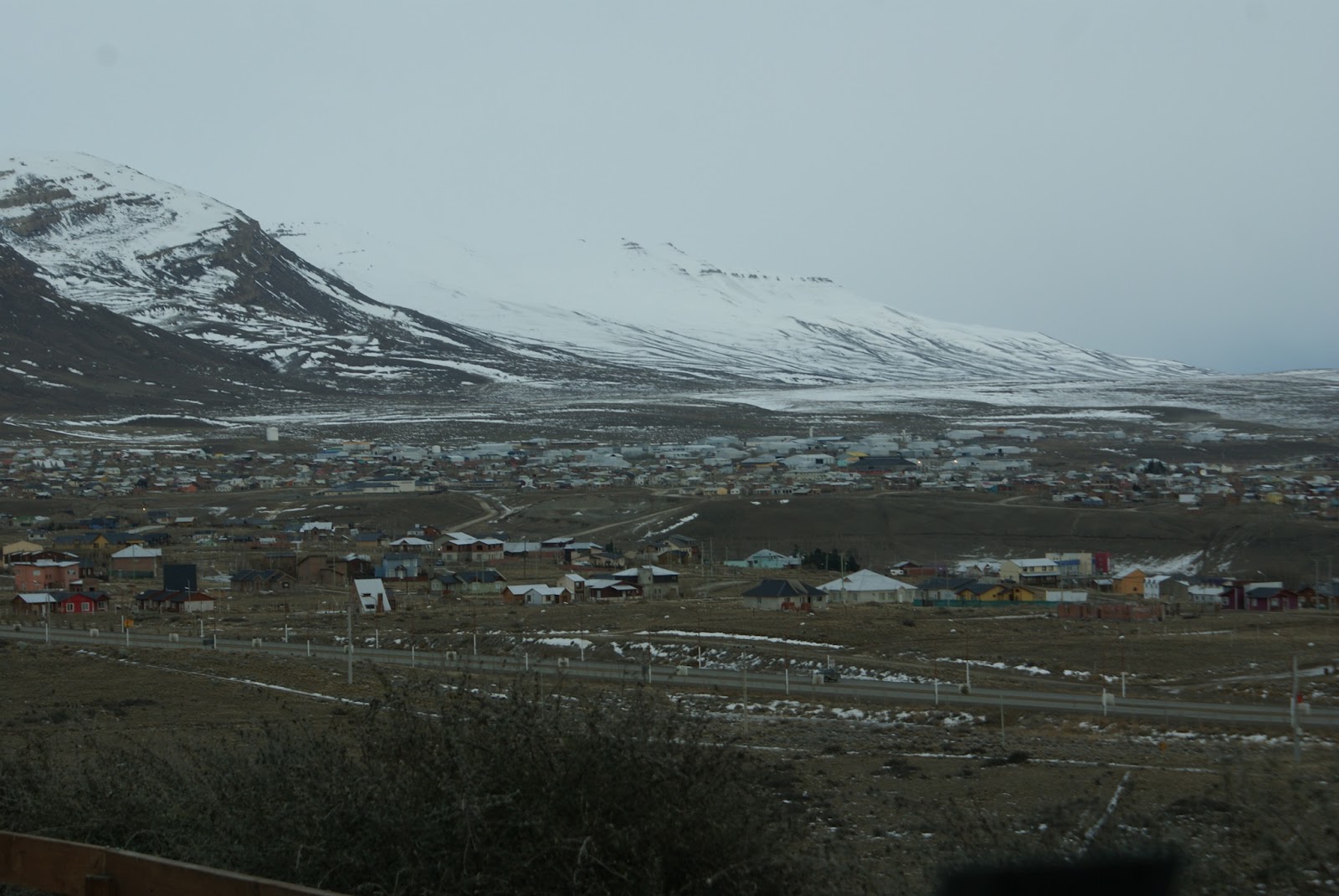 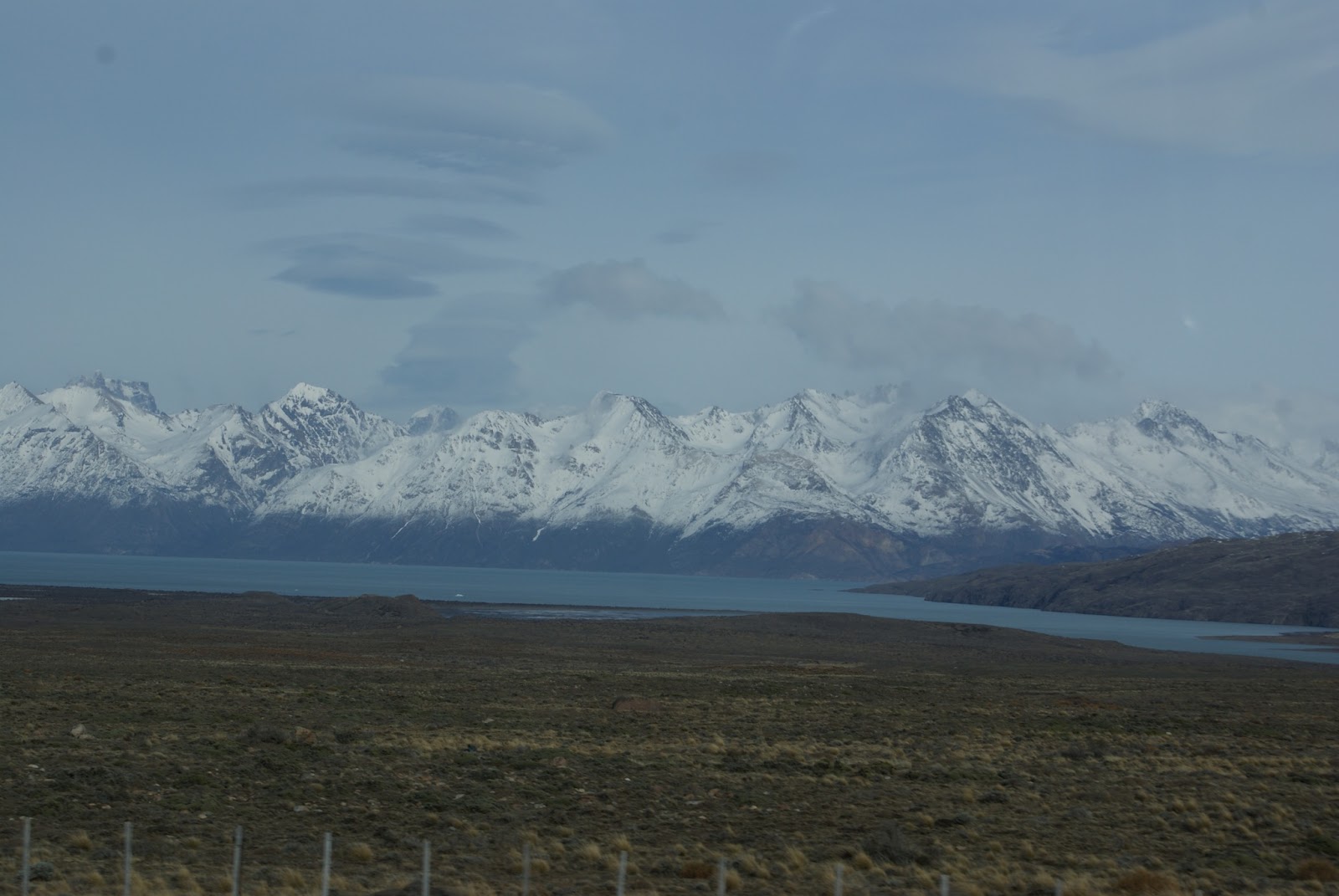 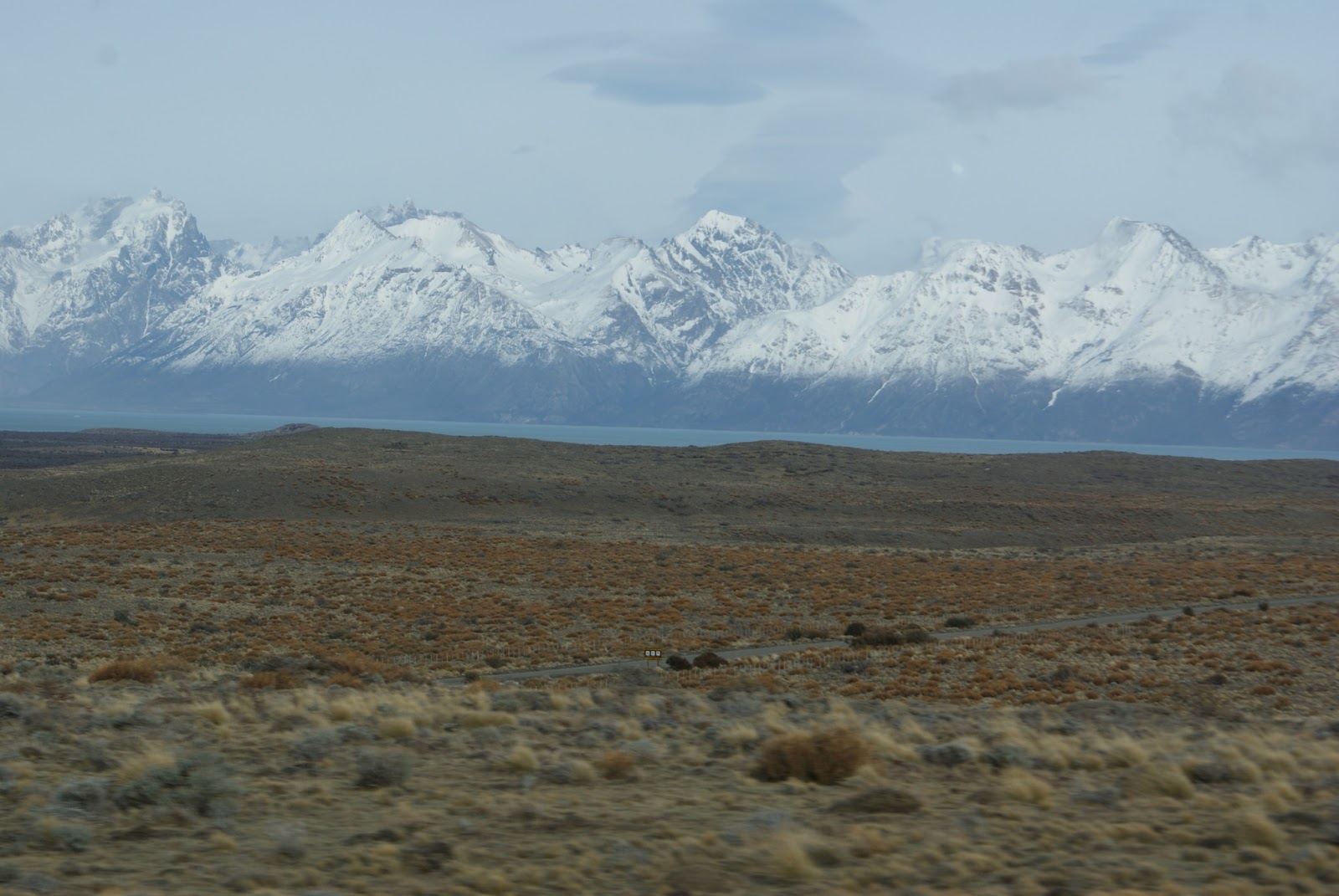 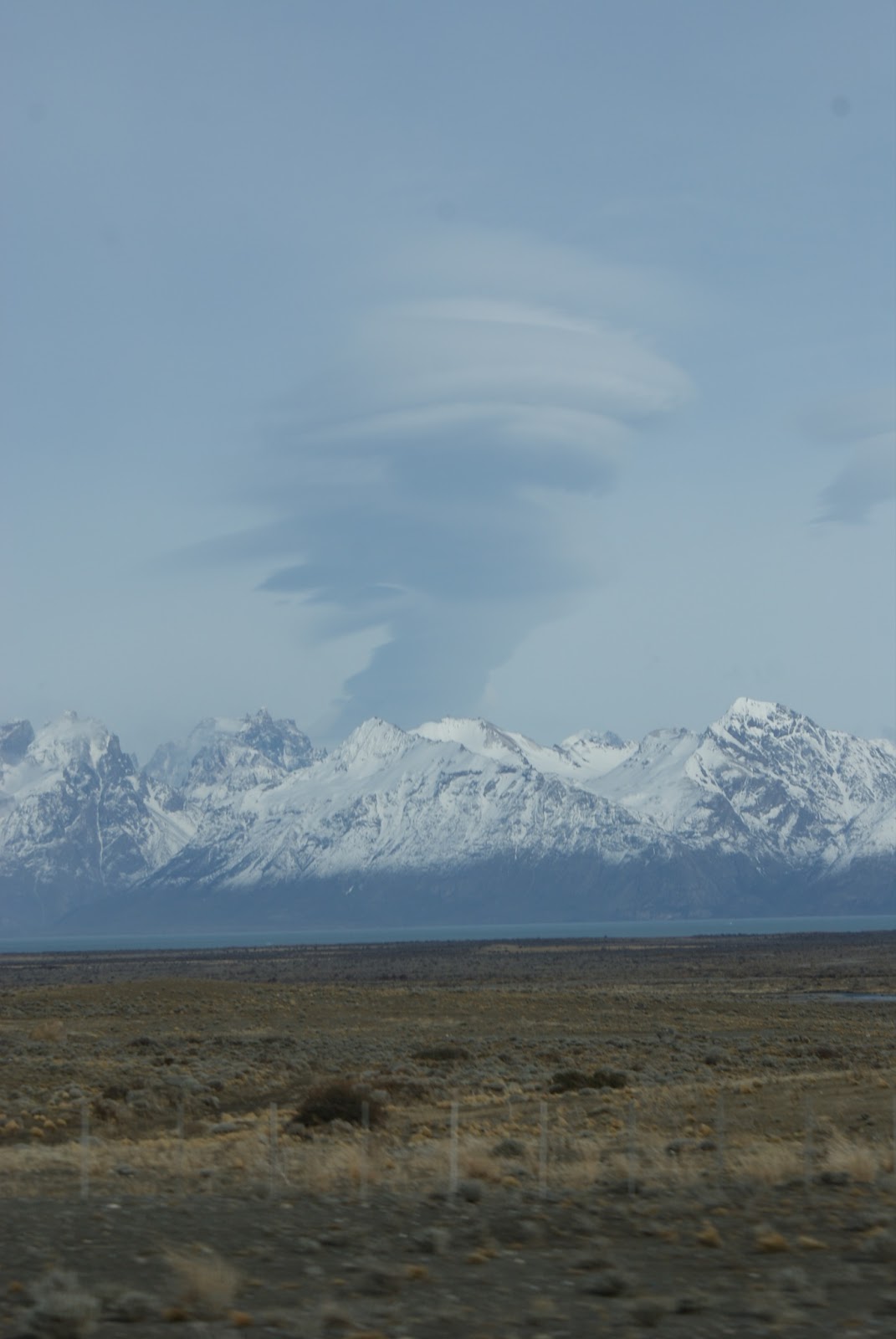 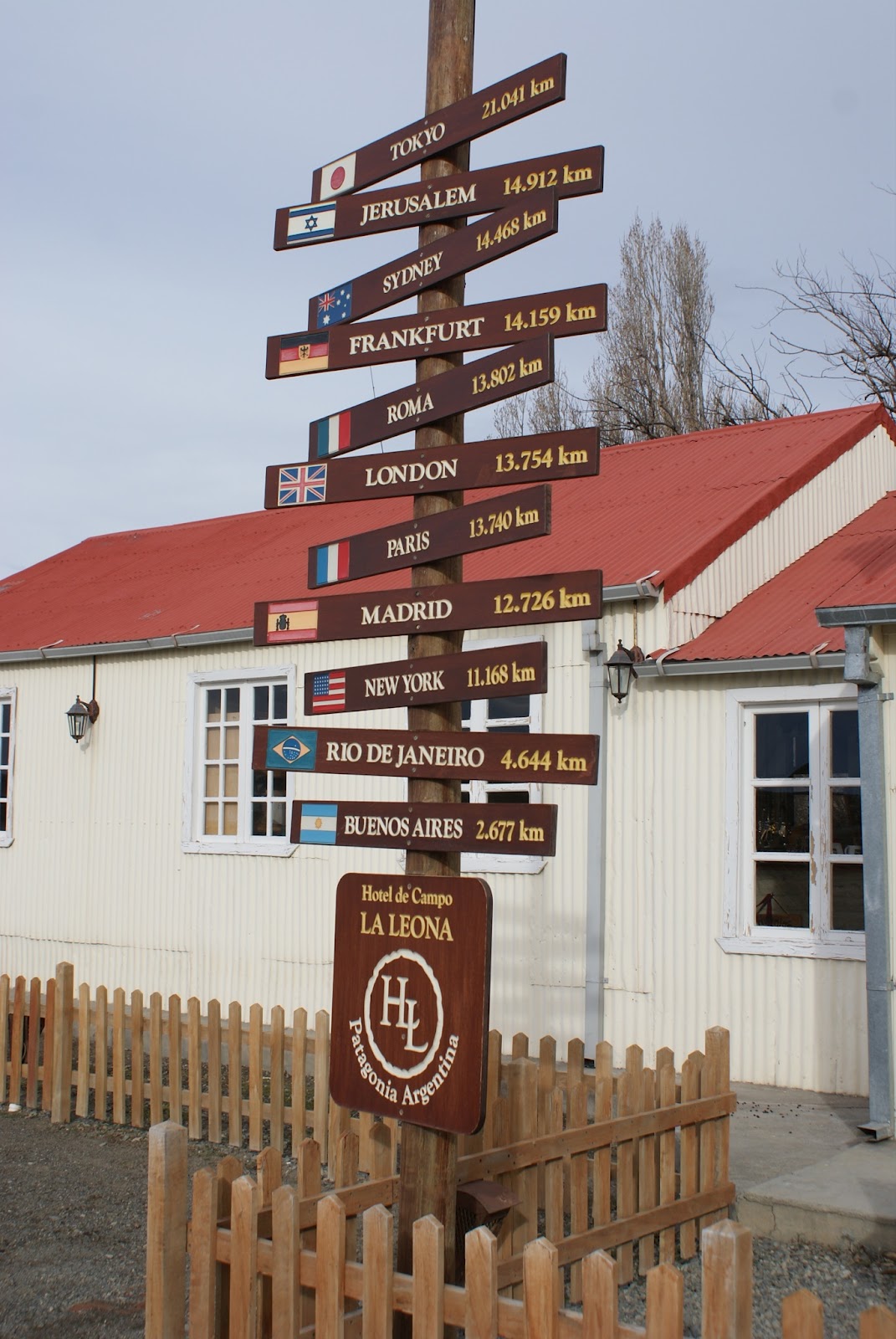 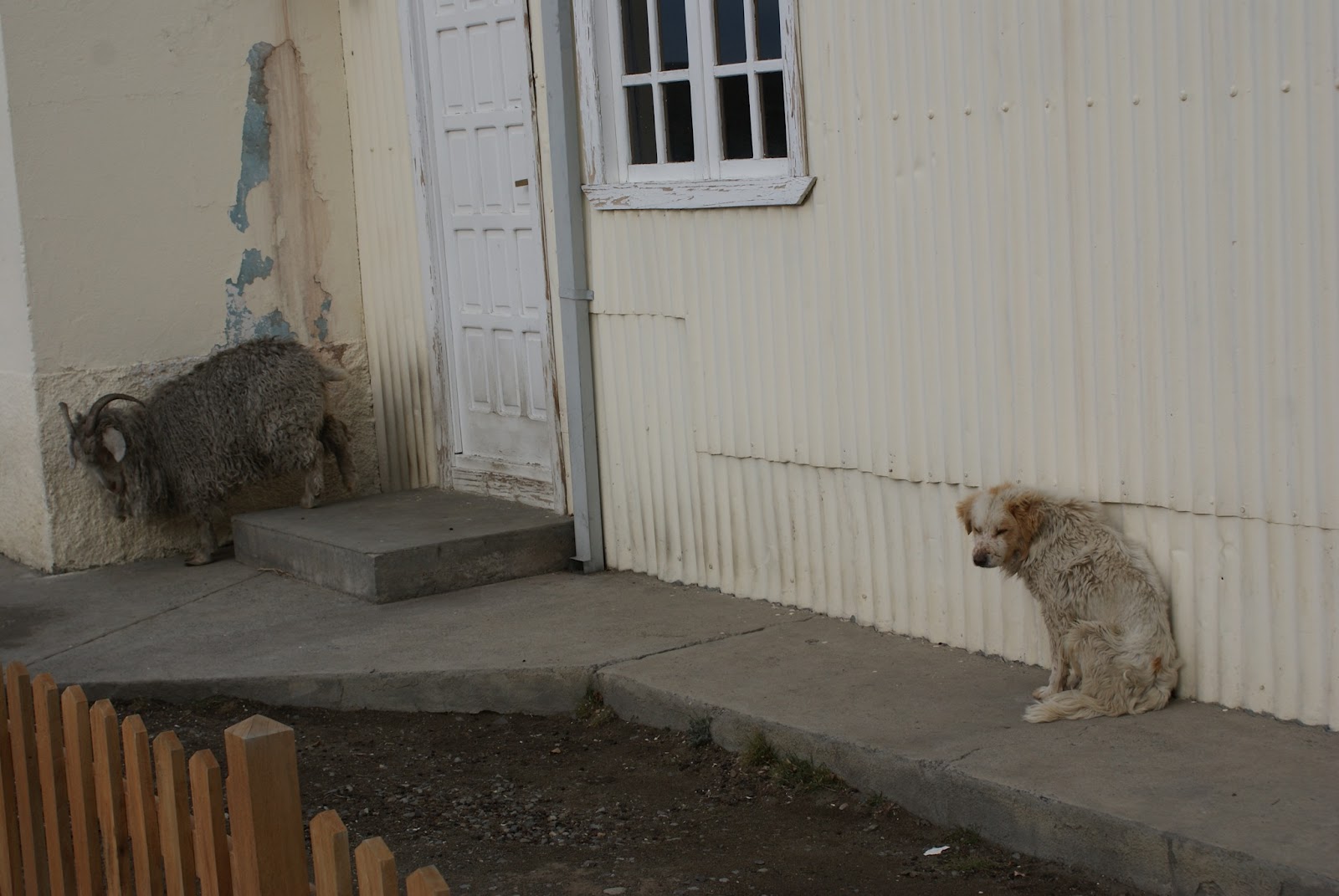 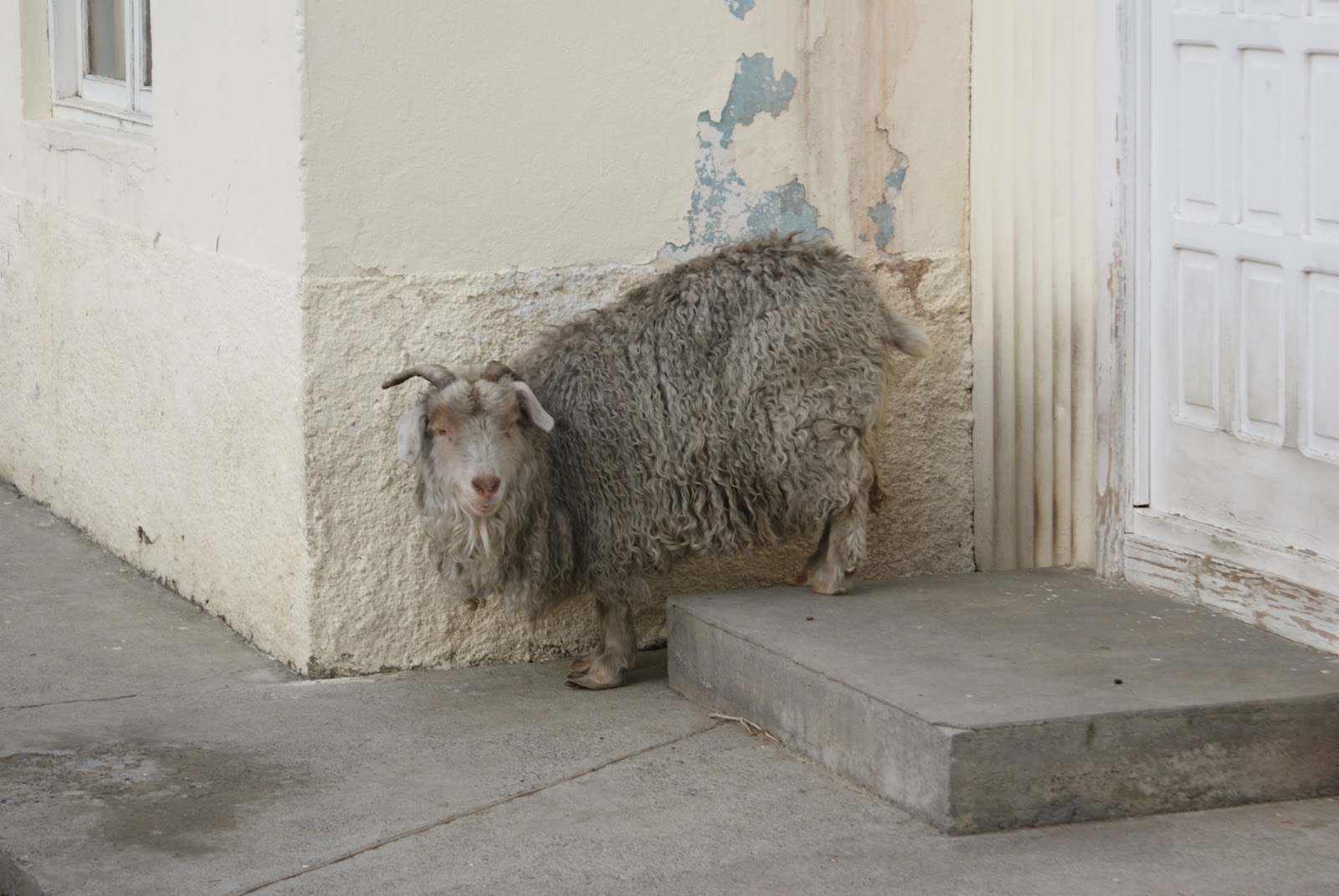 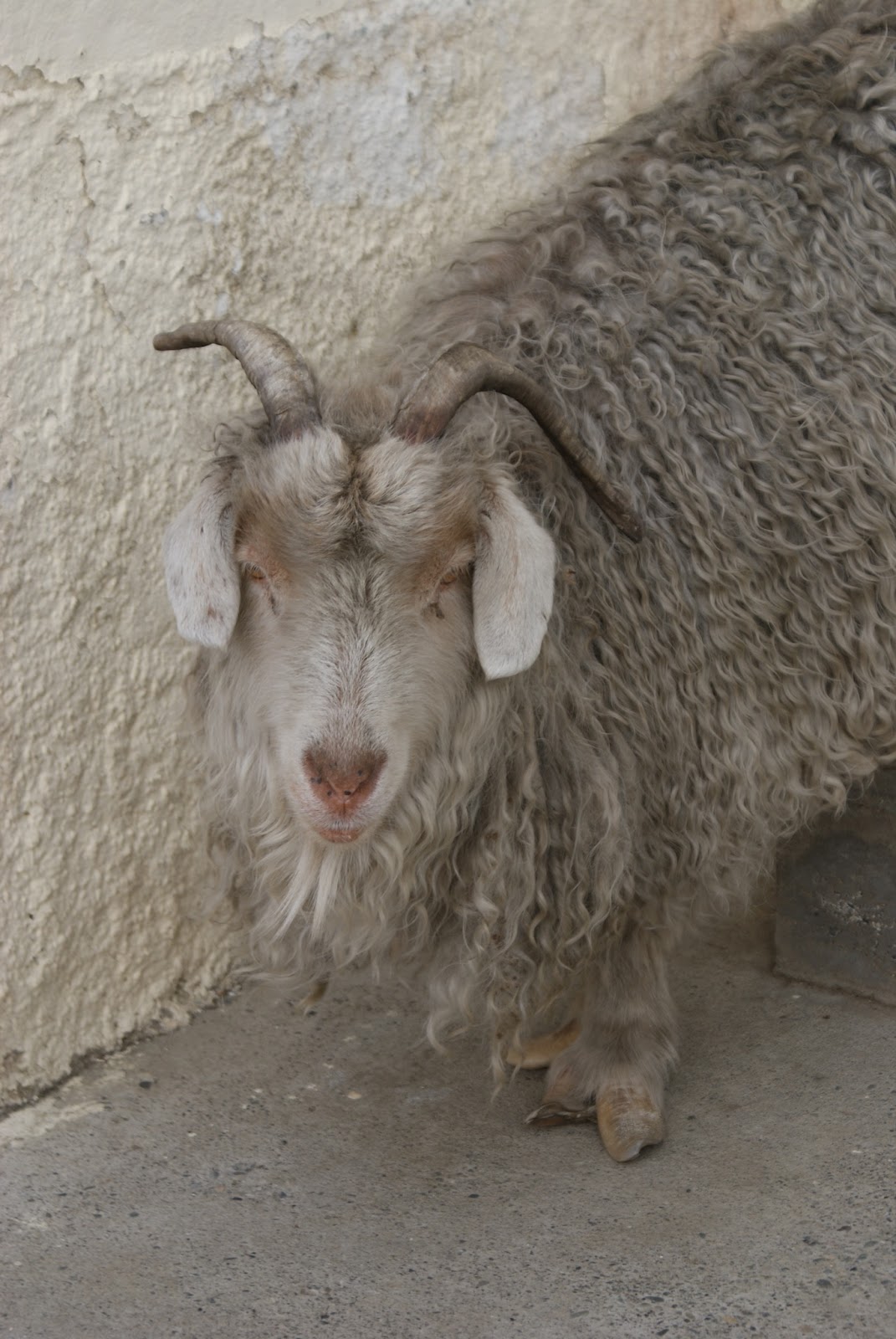 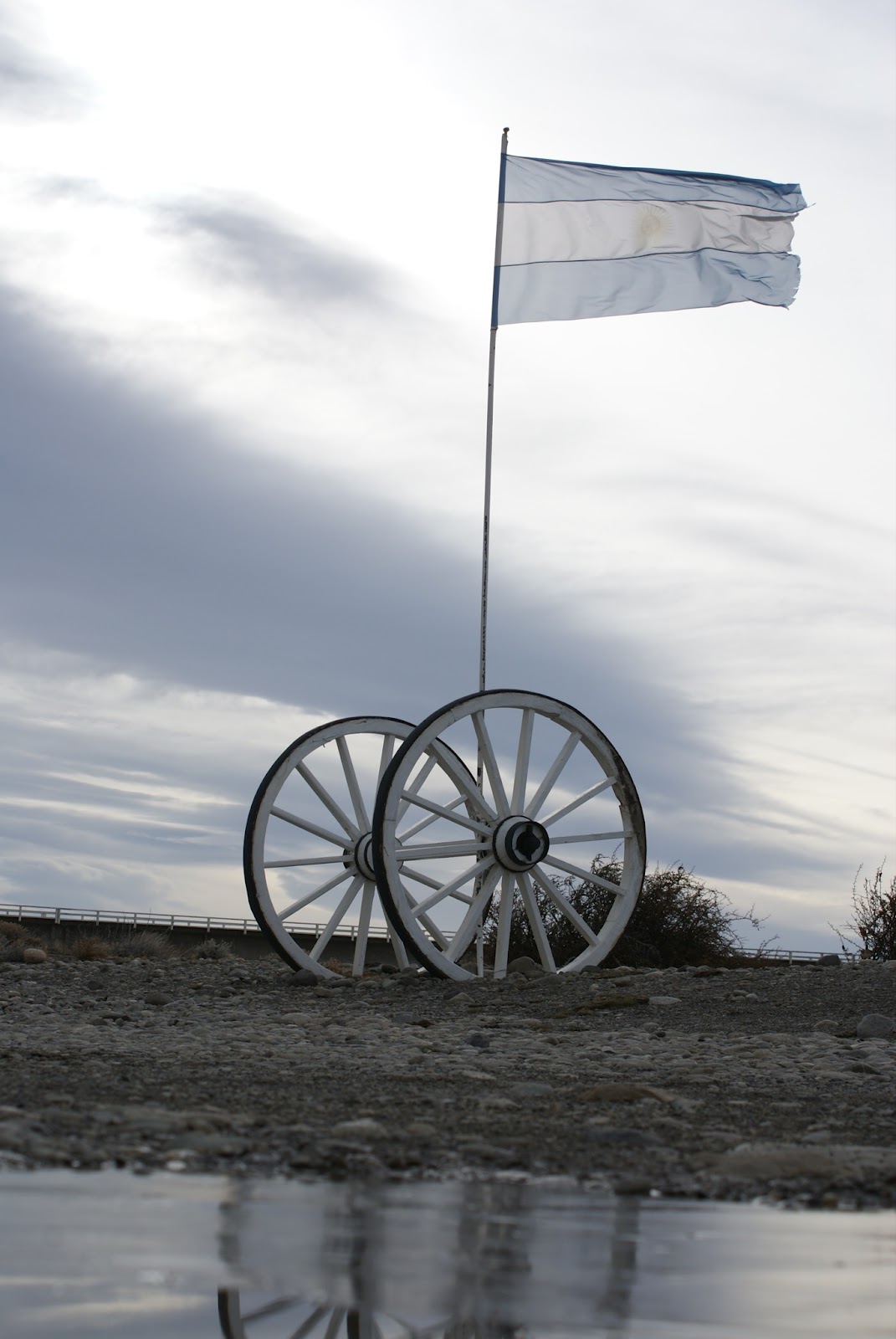 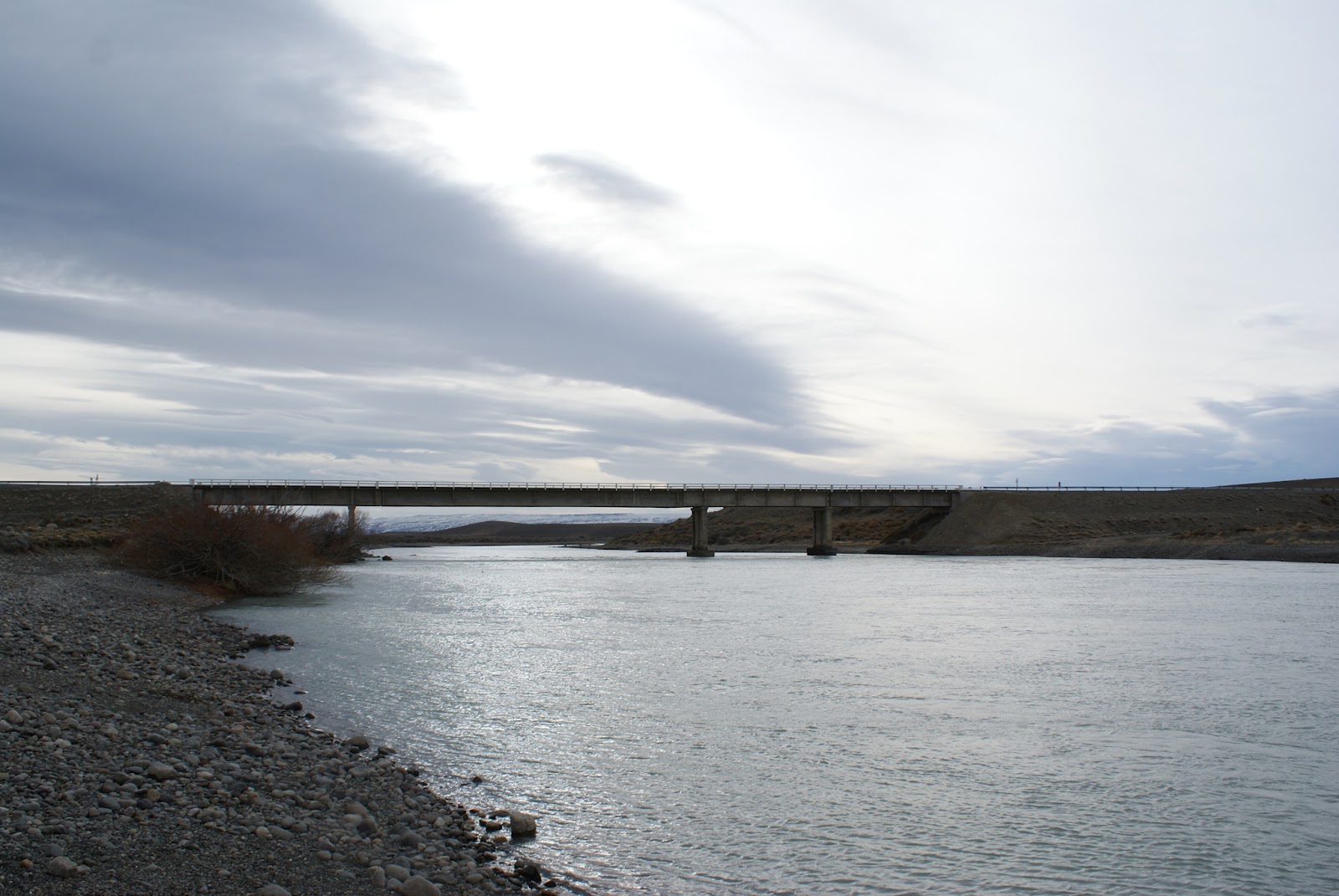 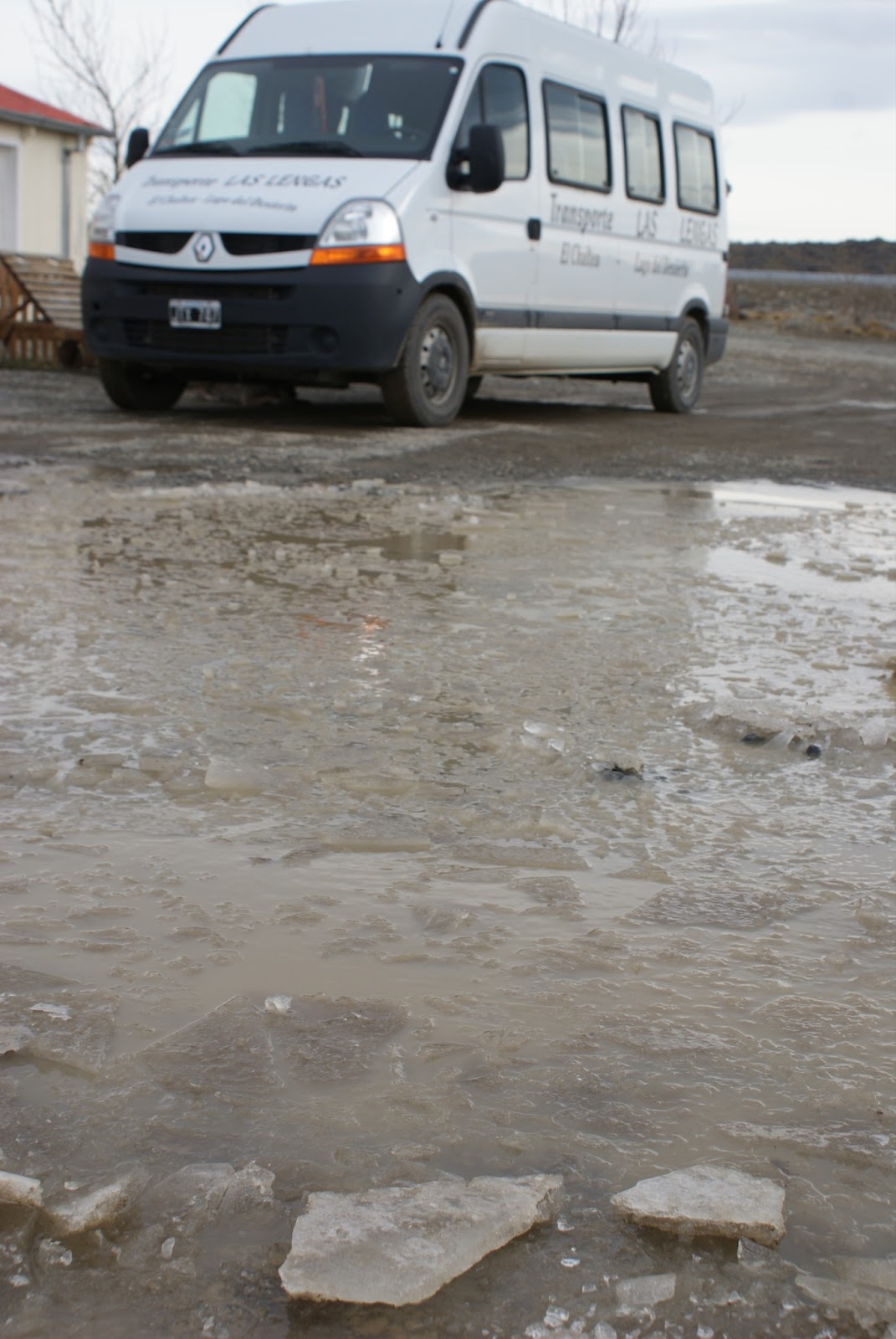 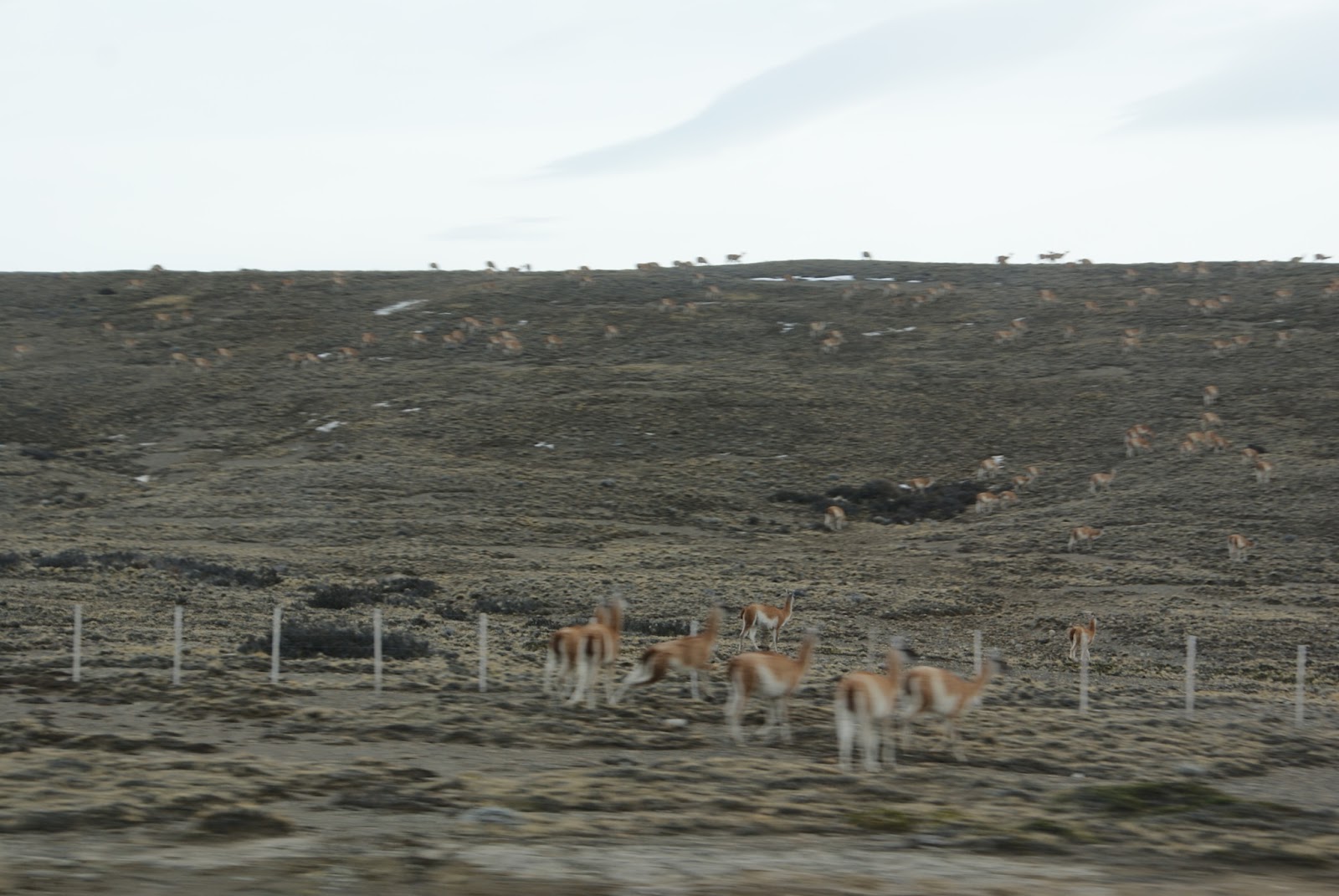 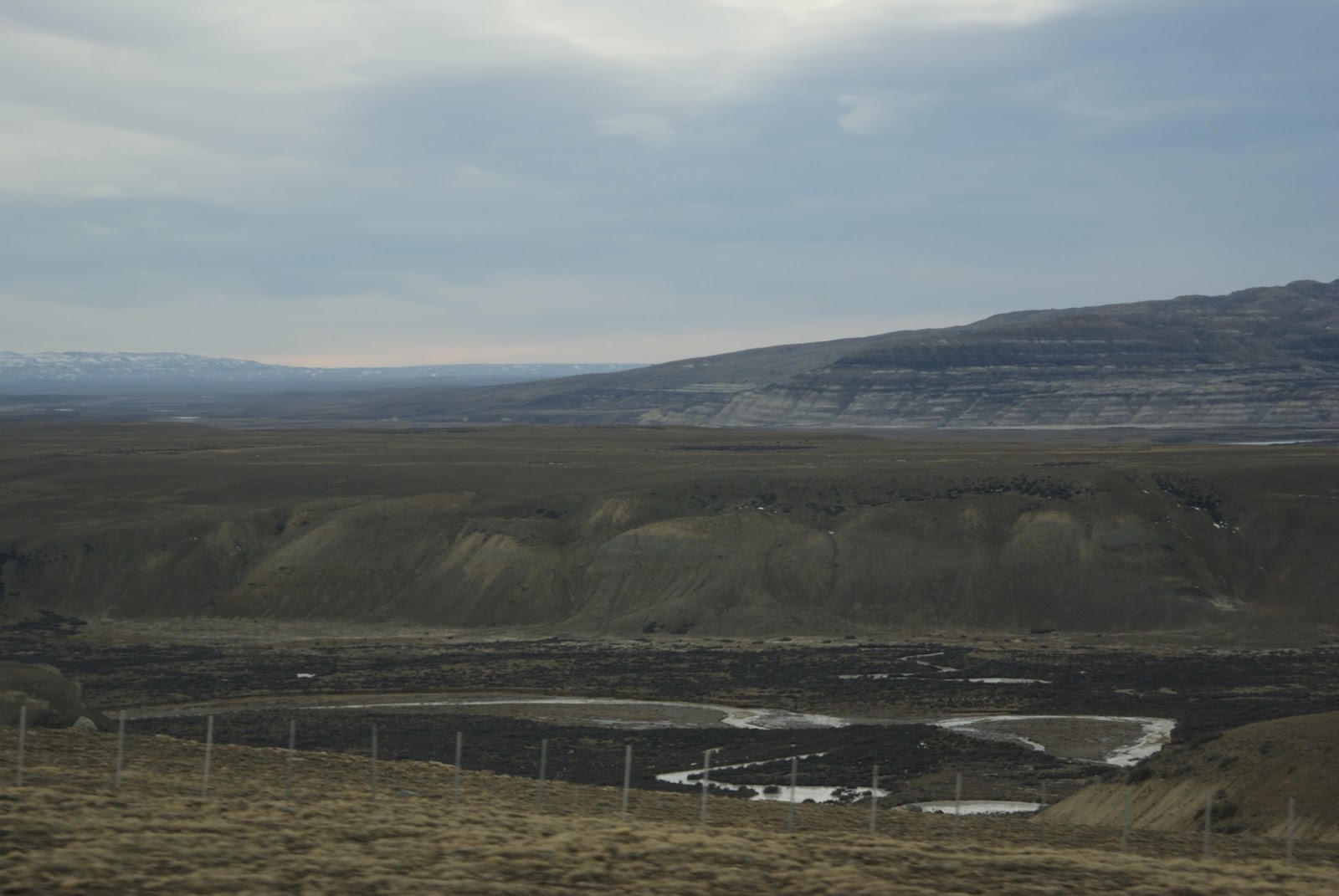 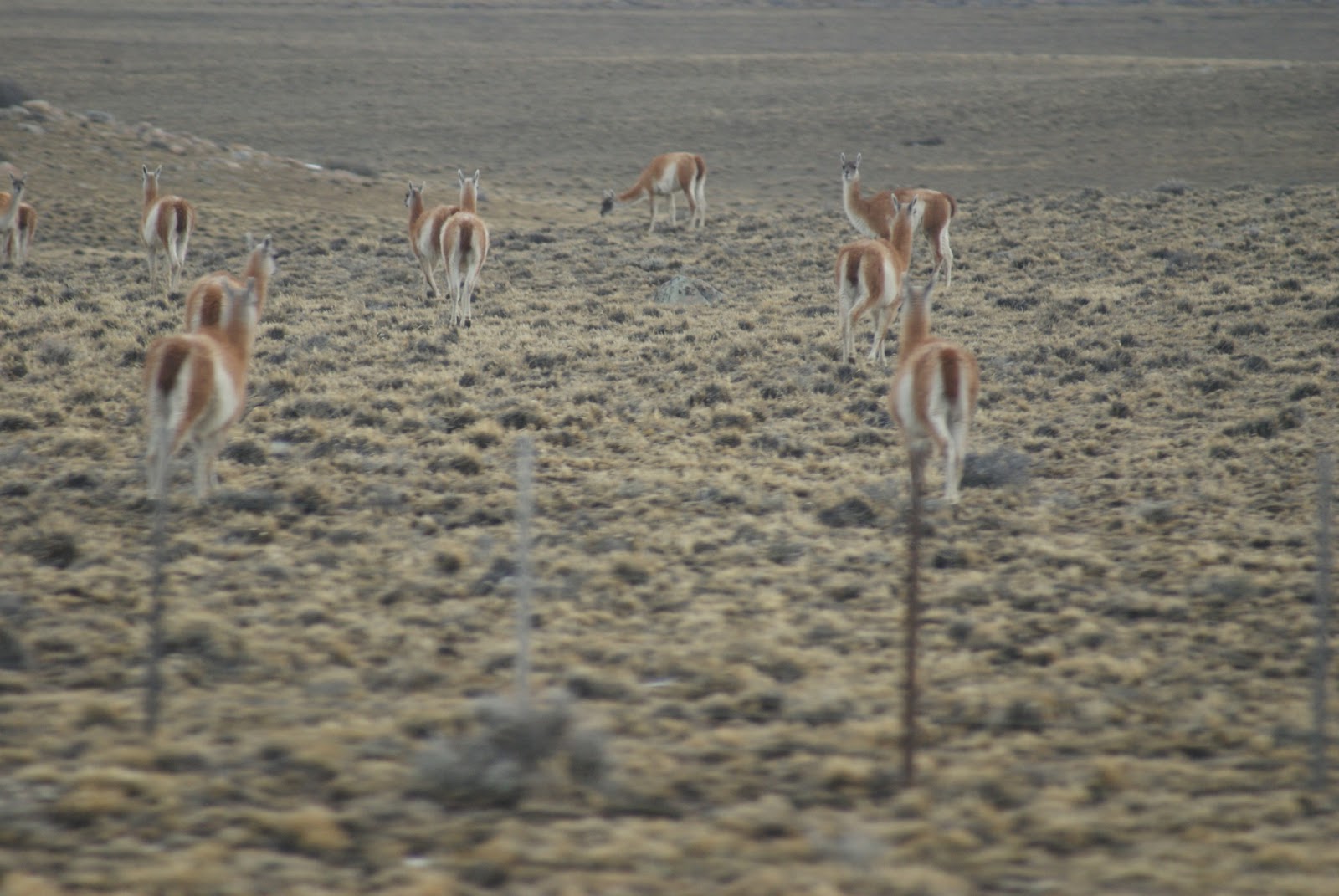 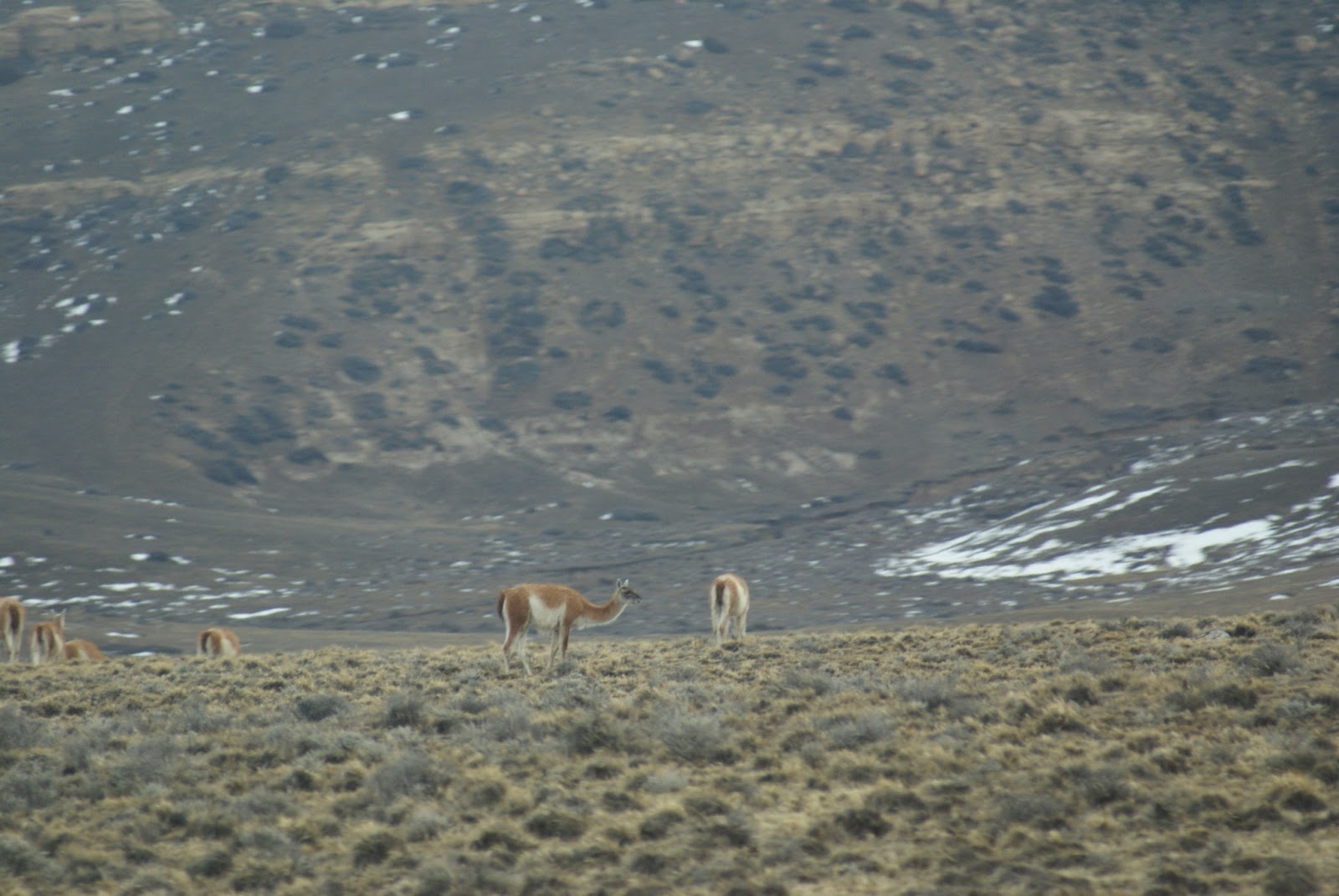 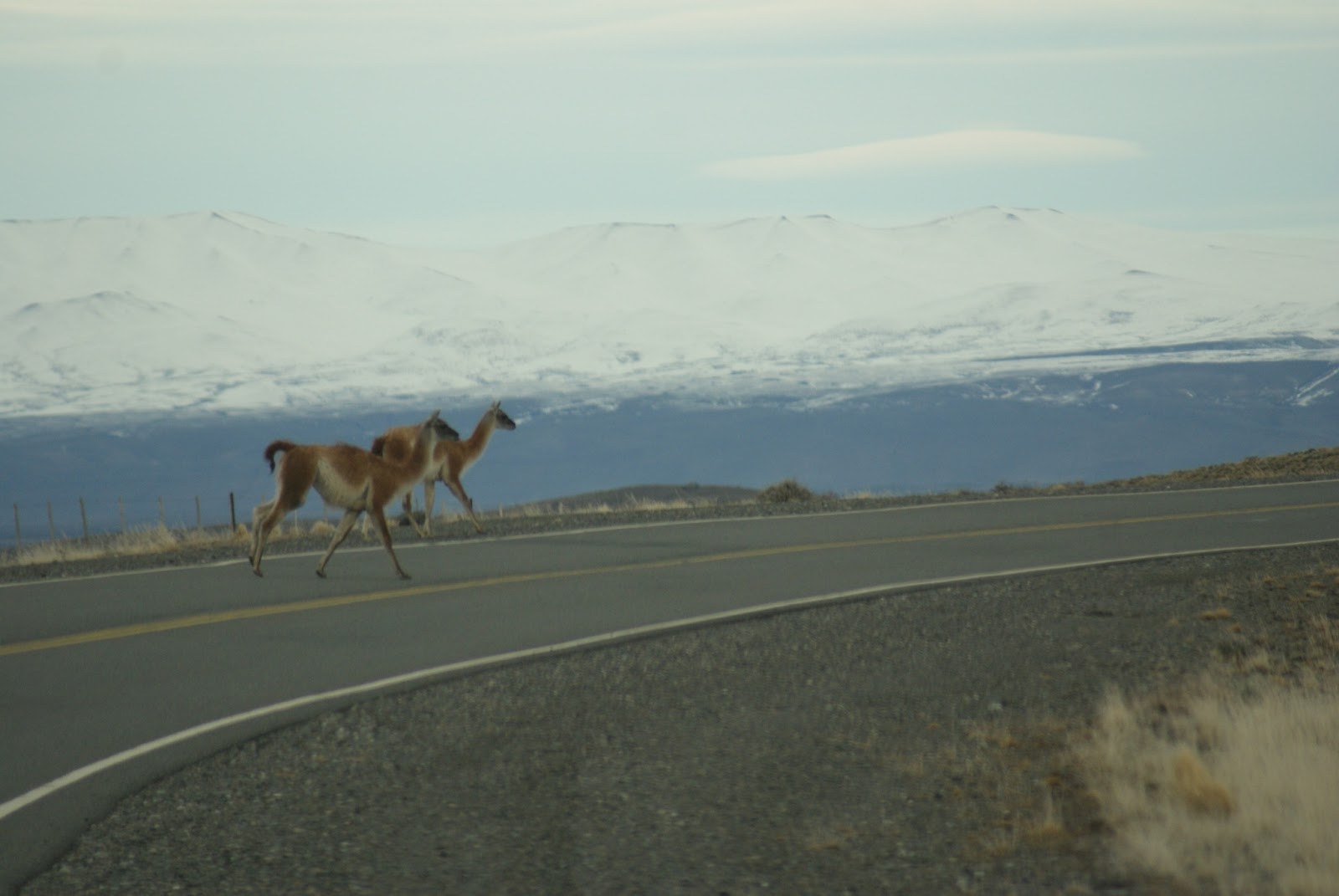 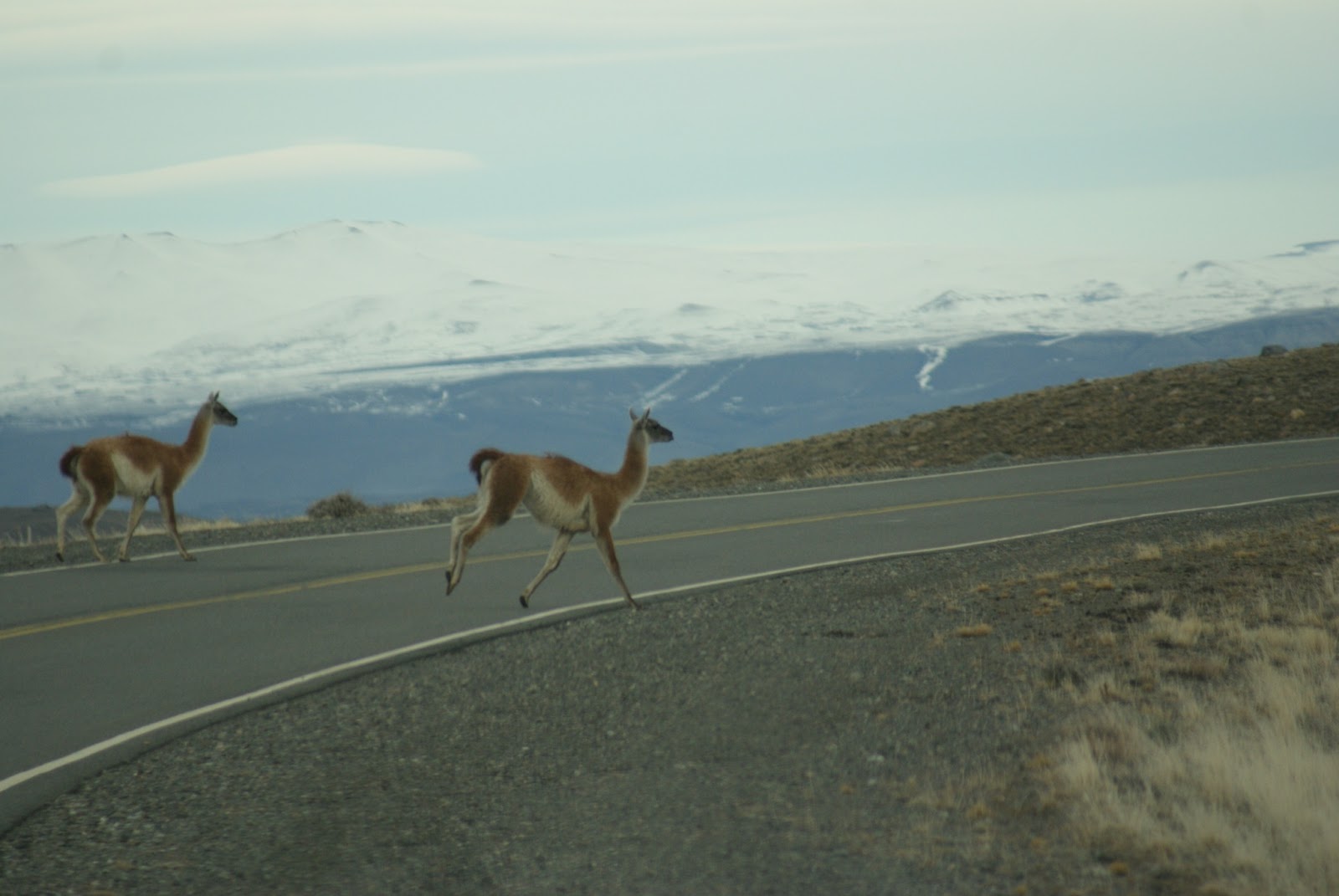 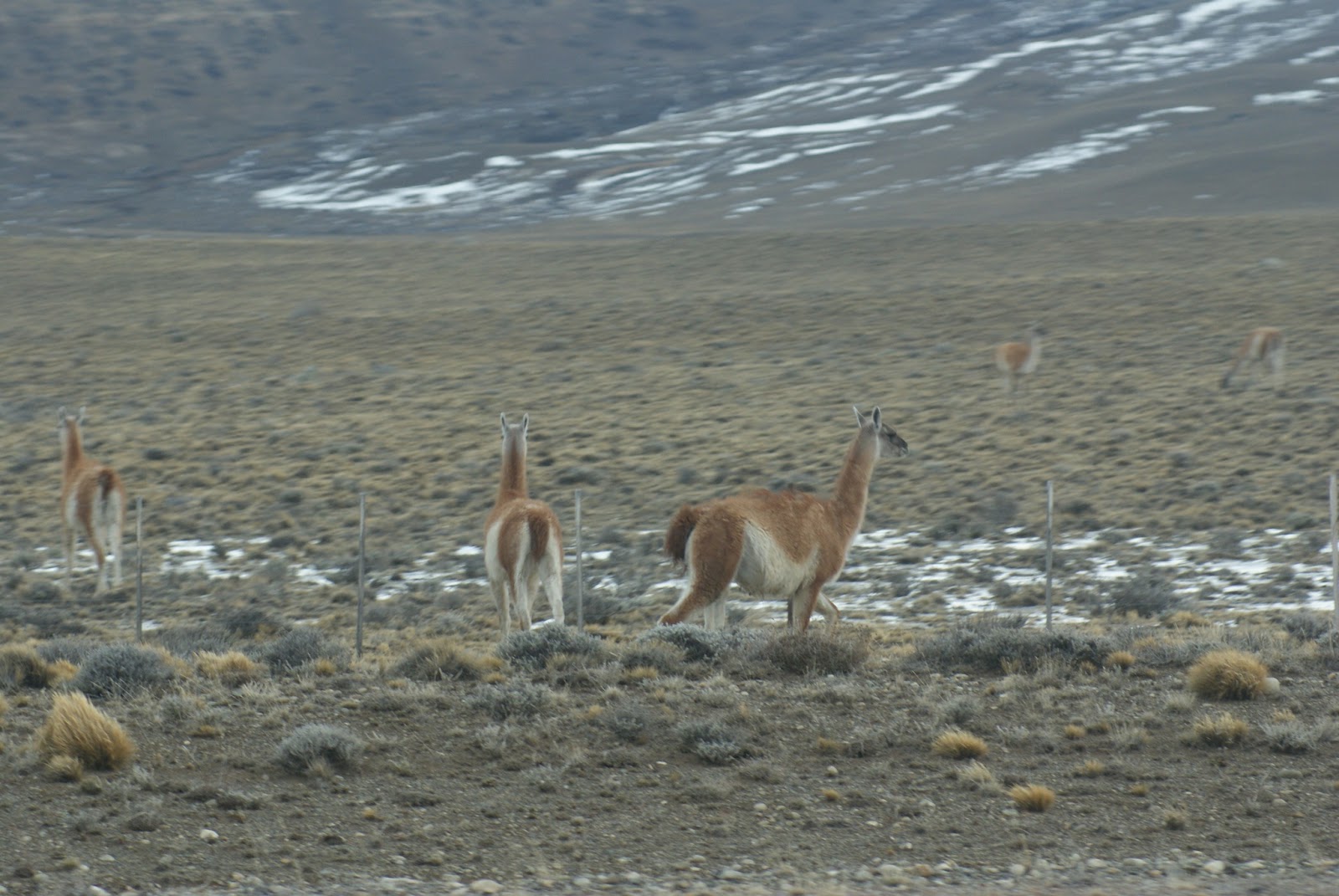 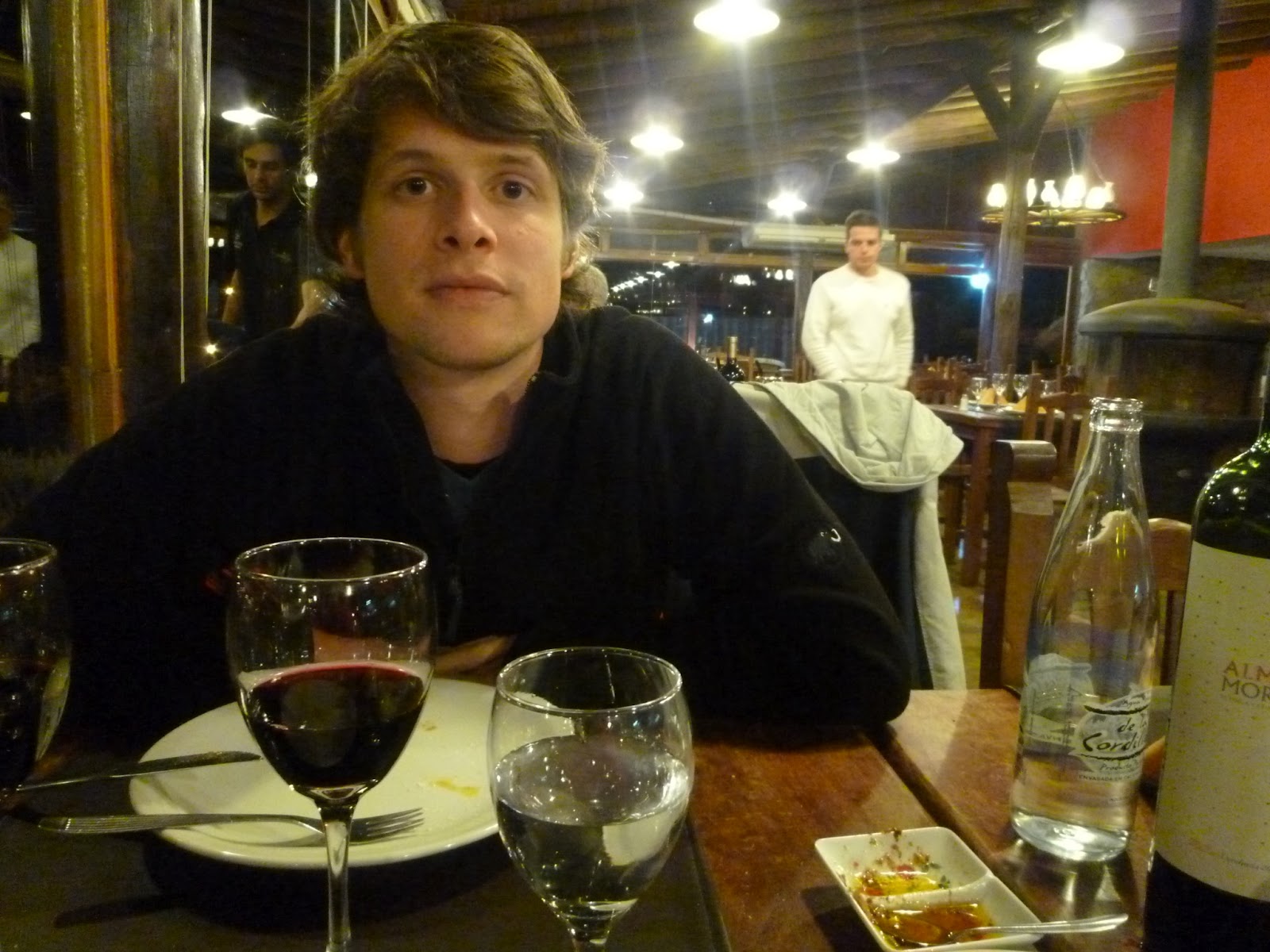 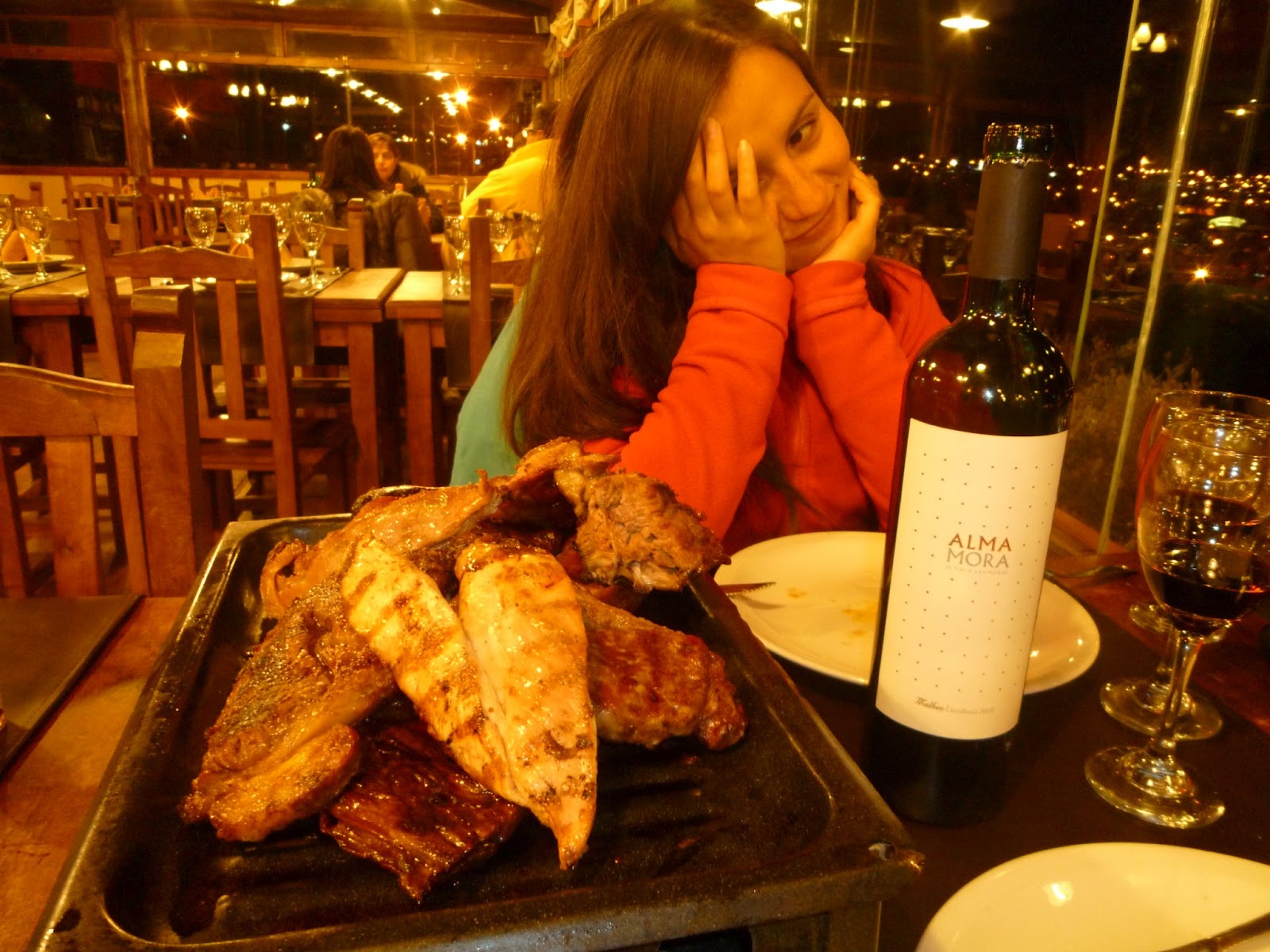 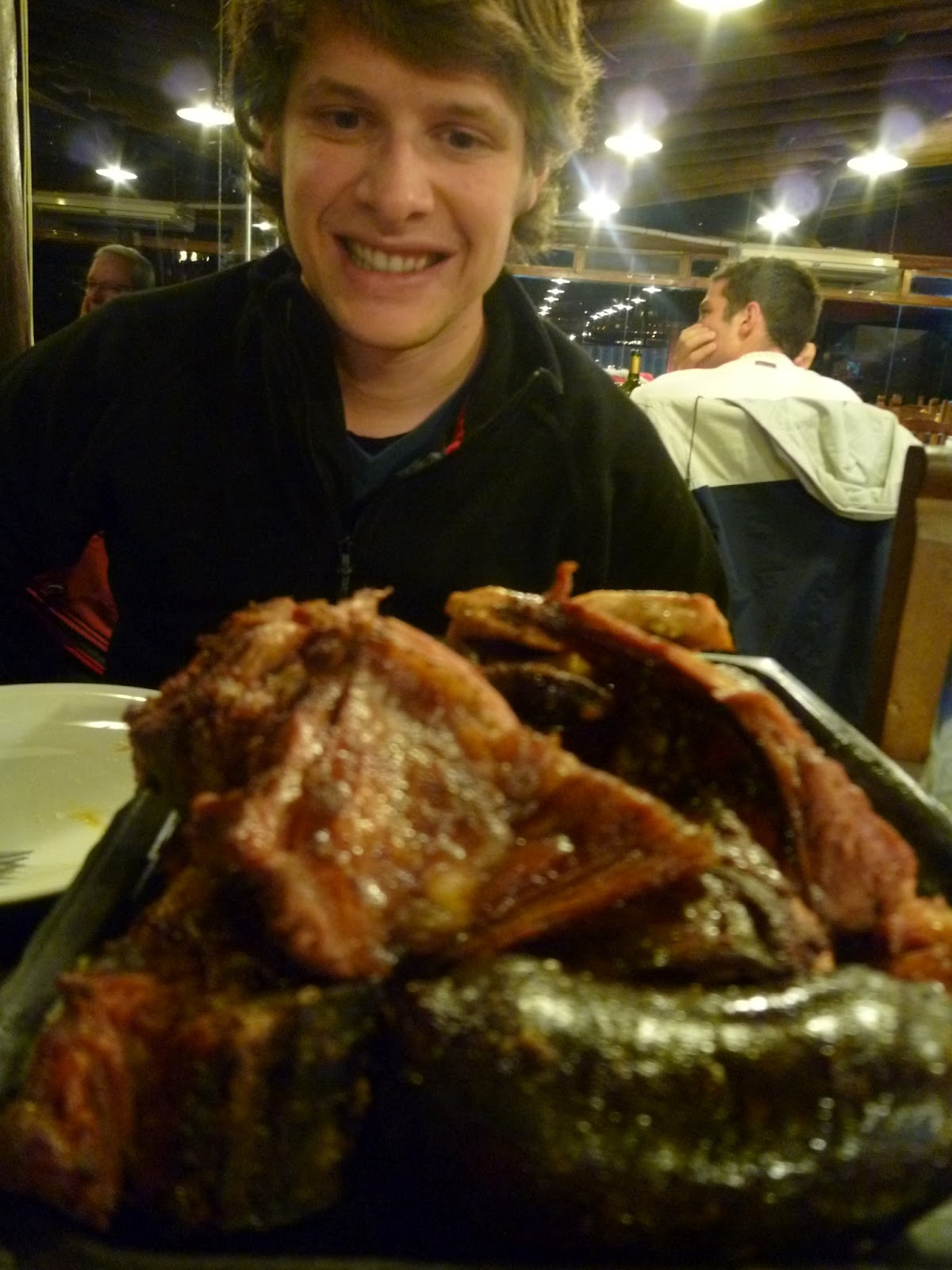 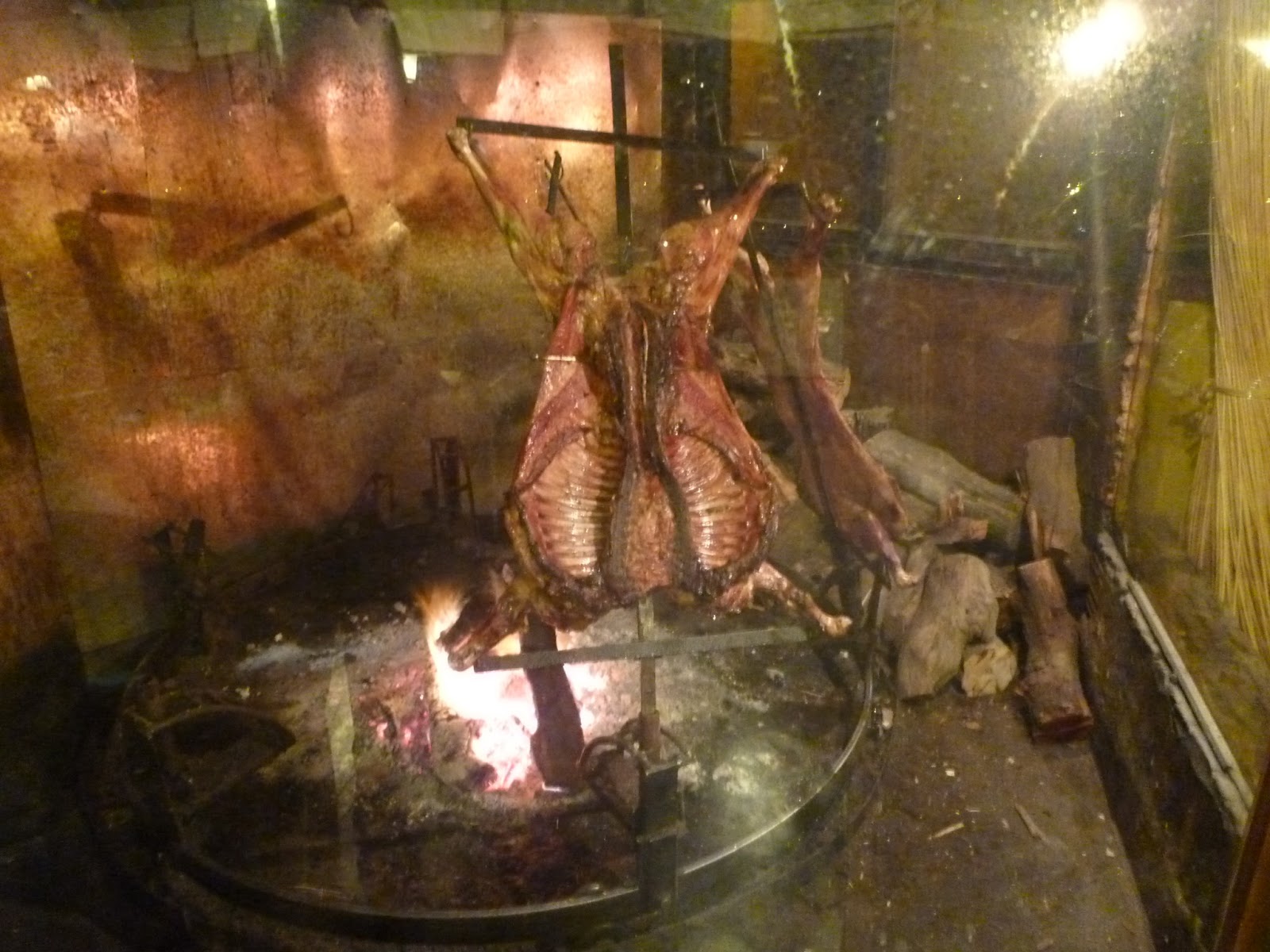 Another sunny day saluted our awakening, we had a terrible Knorr corn soup and cheese toast for breakfast and then watched “The lovely bones” from Peter Jackson until midday when we had our shuttle back to El Calafate.

It’s about 230km of stillness, where we saw some condors flying or at least trying to fly against the wind, but ended up flying with it. Herds of Guanacos were also part of our scenery. They can only be found here and they are very similar to Lamas but even more beautiful, black face, beautiful cozy fur.

When we arrived we settled in the hotel and then went to get the tickets to go to the Perito Moreno Glacier the next day, took a wonderful bath and went to Don Pichon to have a Parrilla, basically it’s a grill with grilled chicken, pork, lamb and beef meat. I’m not a huge meat fan so I had some of it but then concentrated more on the salad but Bernd said it was amazing. The meat of the “Cordero patagonico” – lamb – already felt from their bones, was totally soft and with an incredible taste. Accompanied with an Argentinian red wine the dinner was perfect. Bernd said: “Thomas and Julia would love Patagonia!”. We just left over the blood sausage and the thingys that looked like ears which we ended up giving to our El Calafate adopted dog.

Since we arrived there, a medium size white and black dog followed us everywhere we went, he was so protective, I named him CHE, not to be to cliché but it was just meant to be.

Full to the top we then went to bed to prepare for the next day, the big day where our eyes would for the first time witness one of the greatest beauties of this planet: Perito Moreno Glacier.