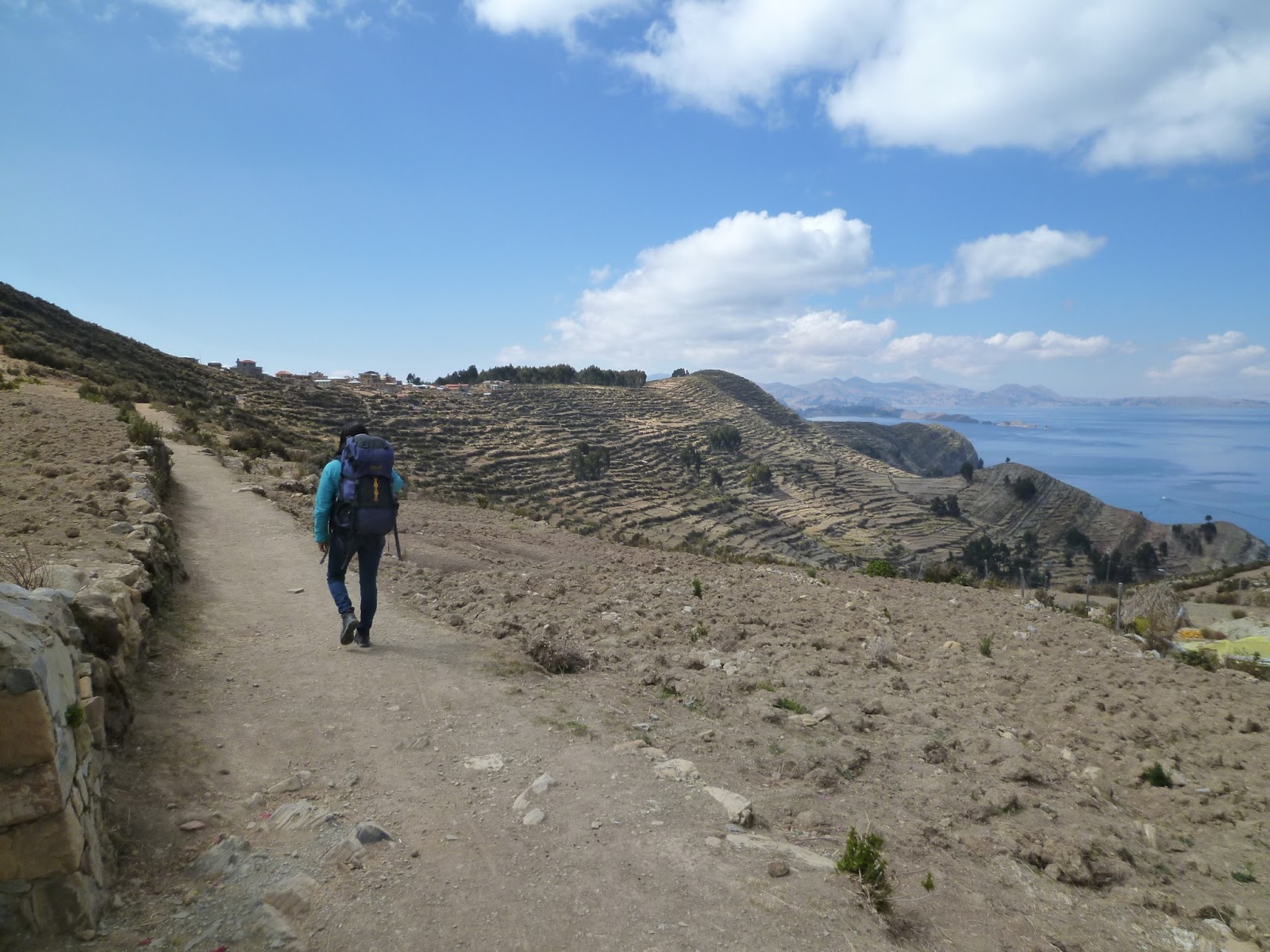 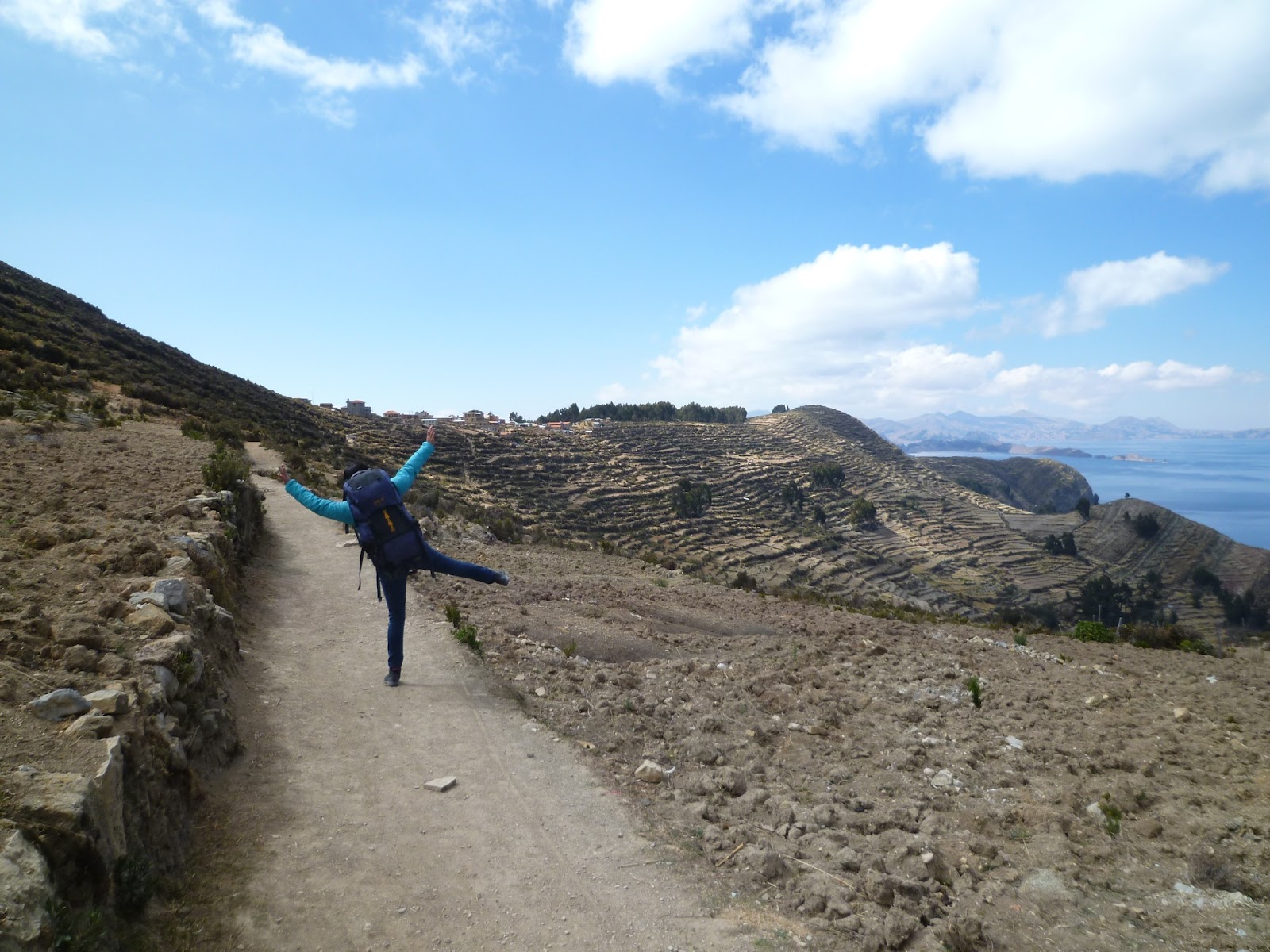 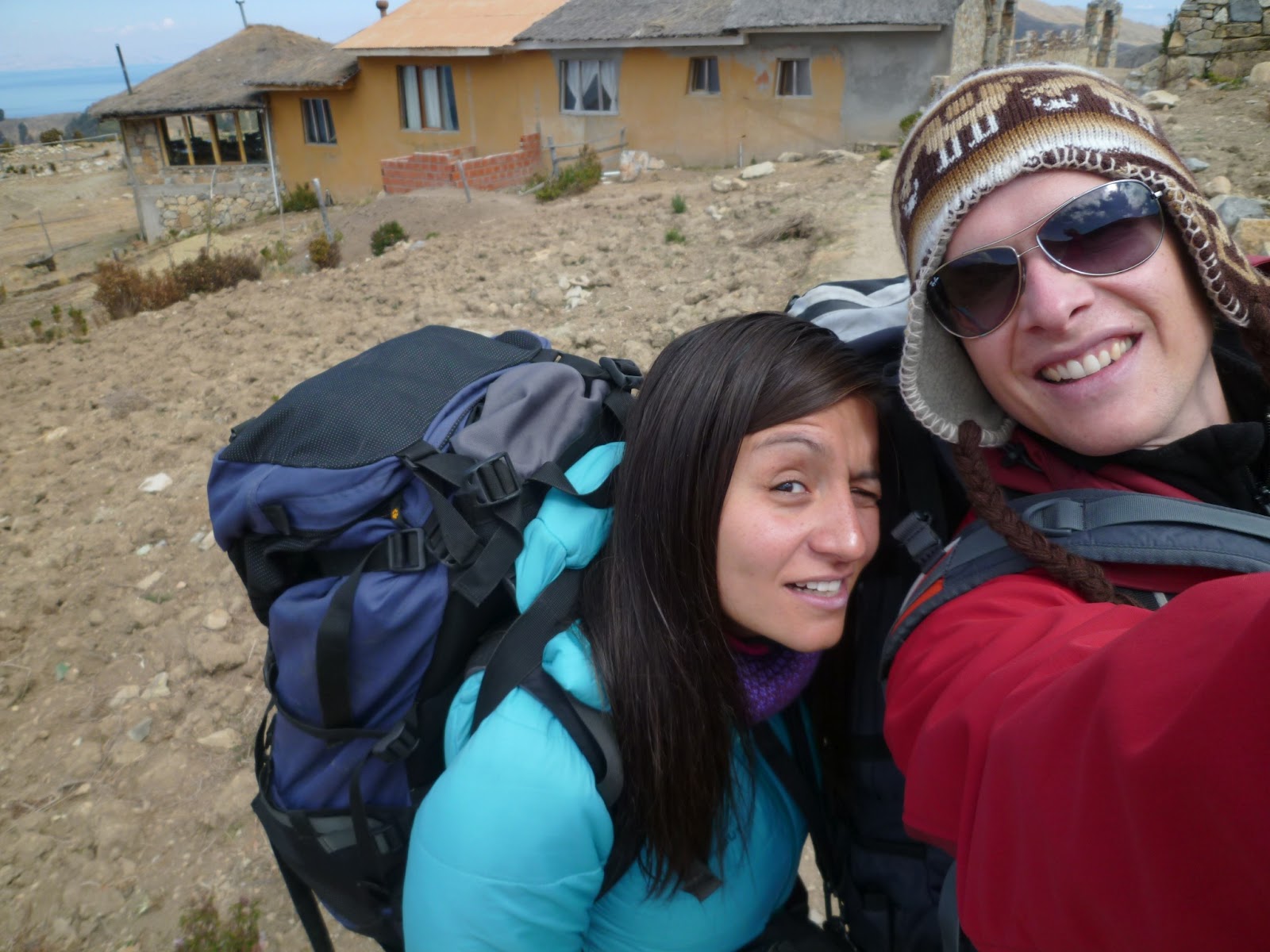 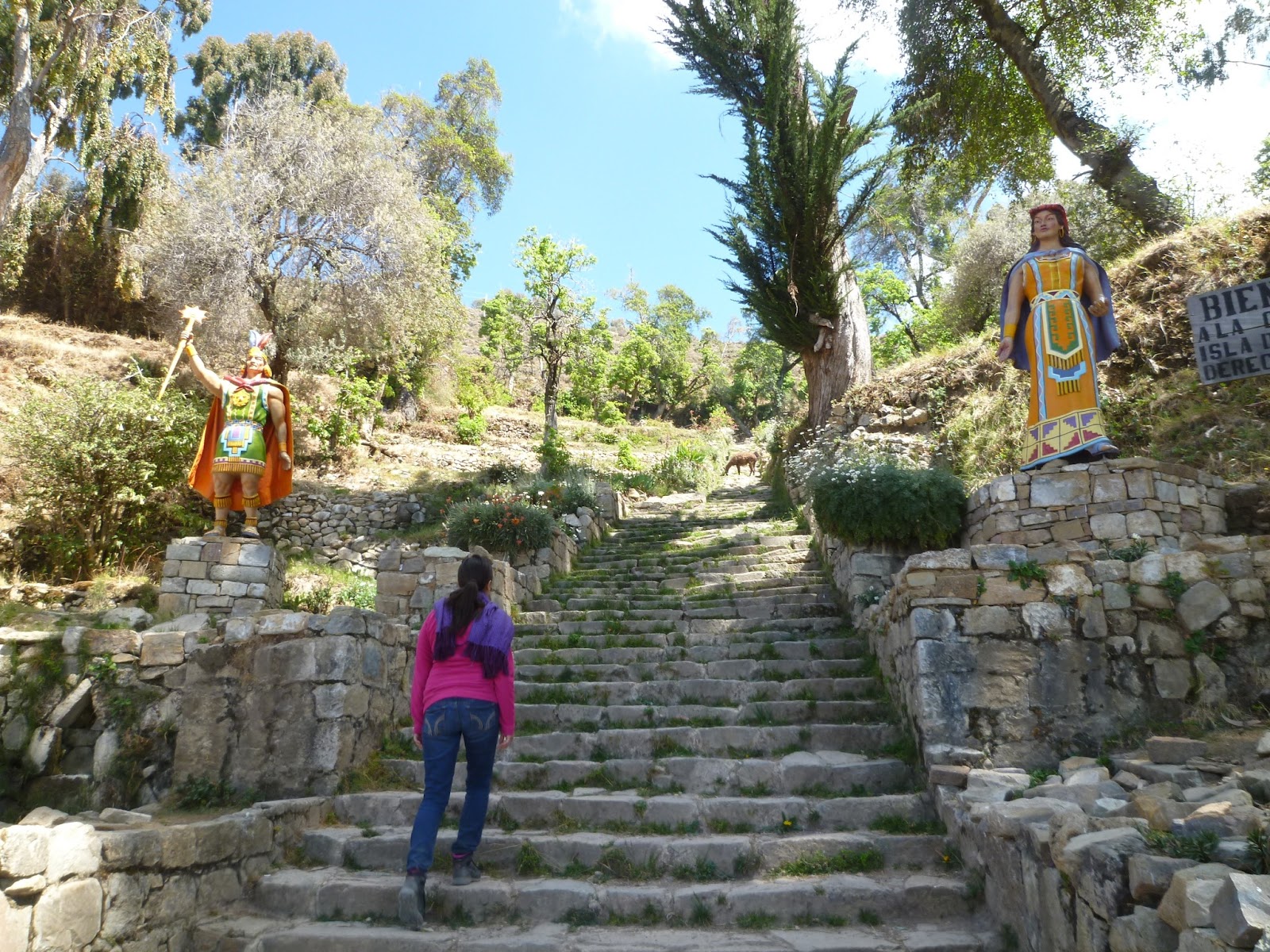 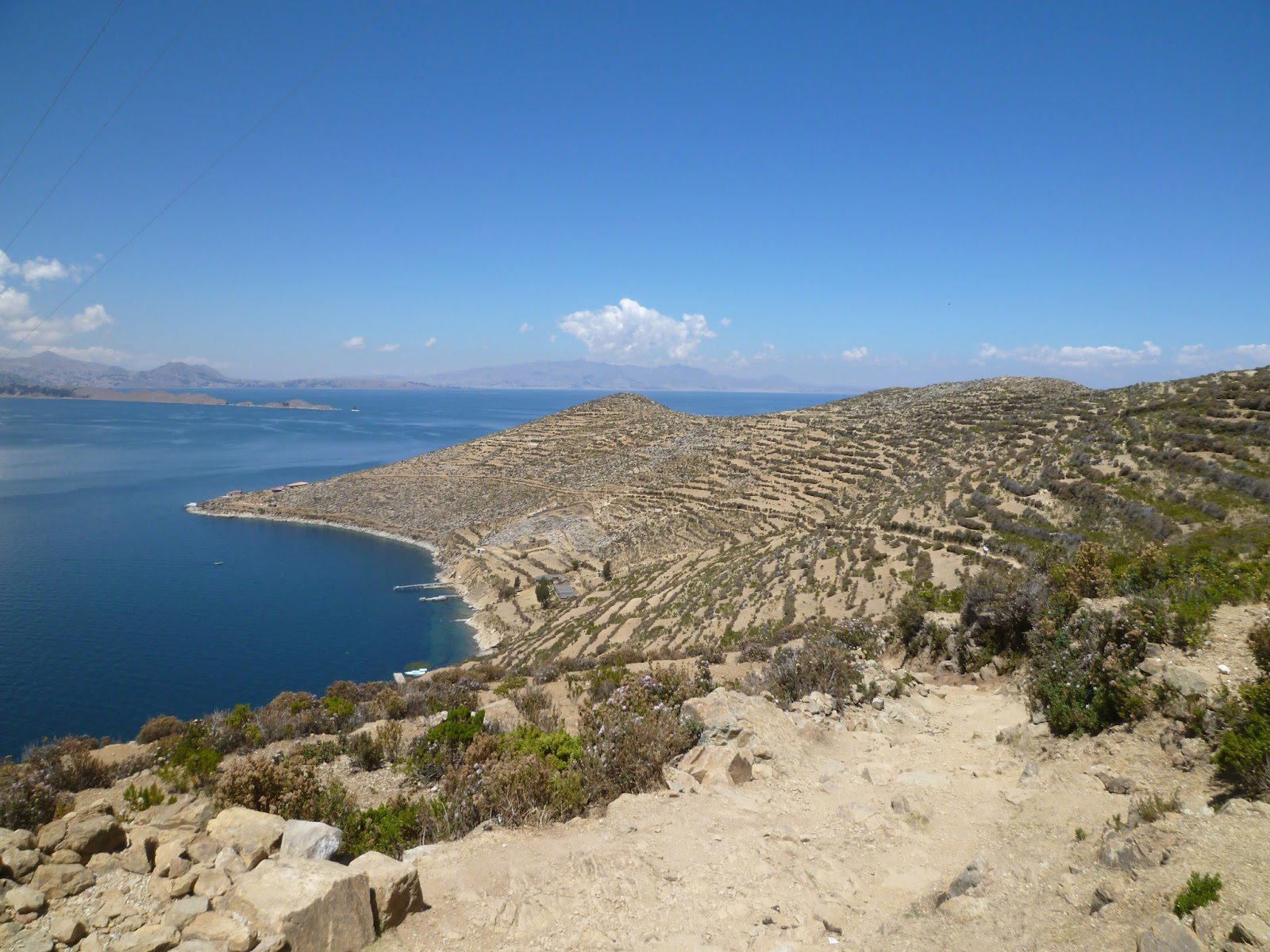 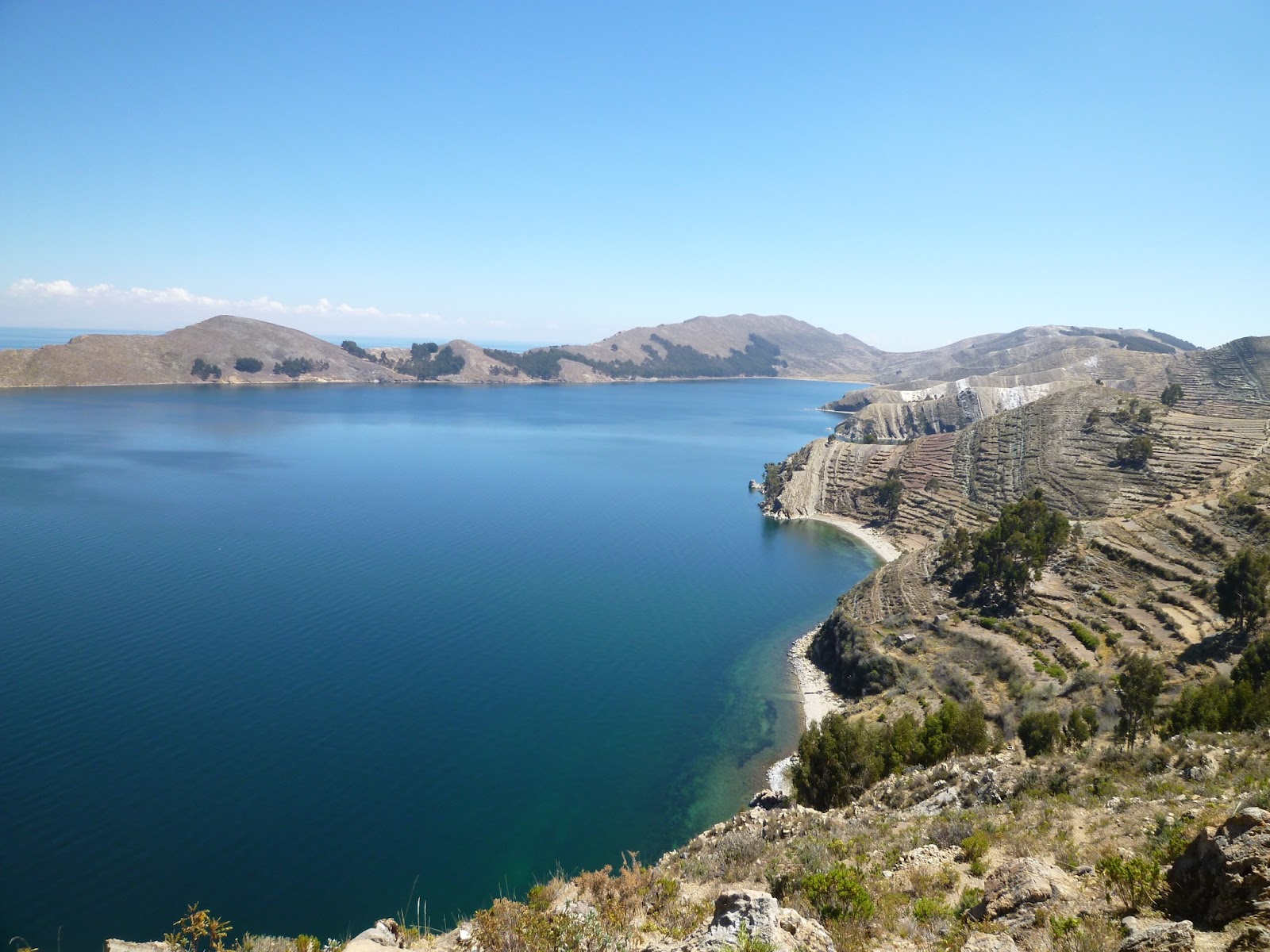 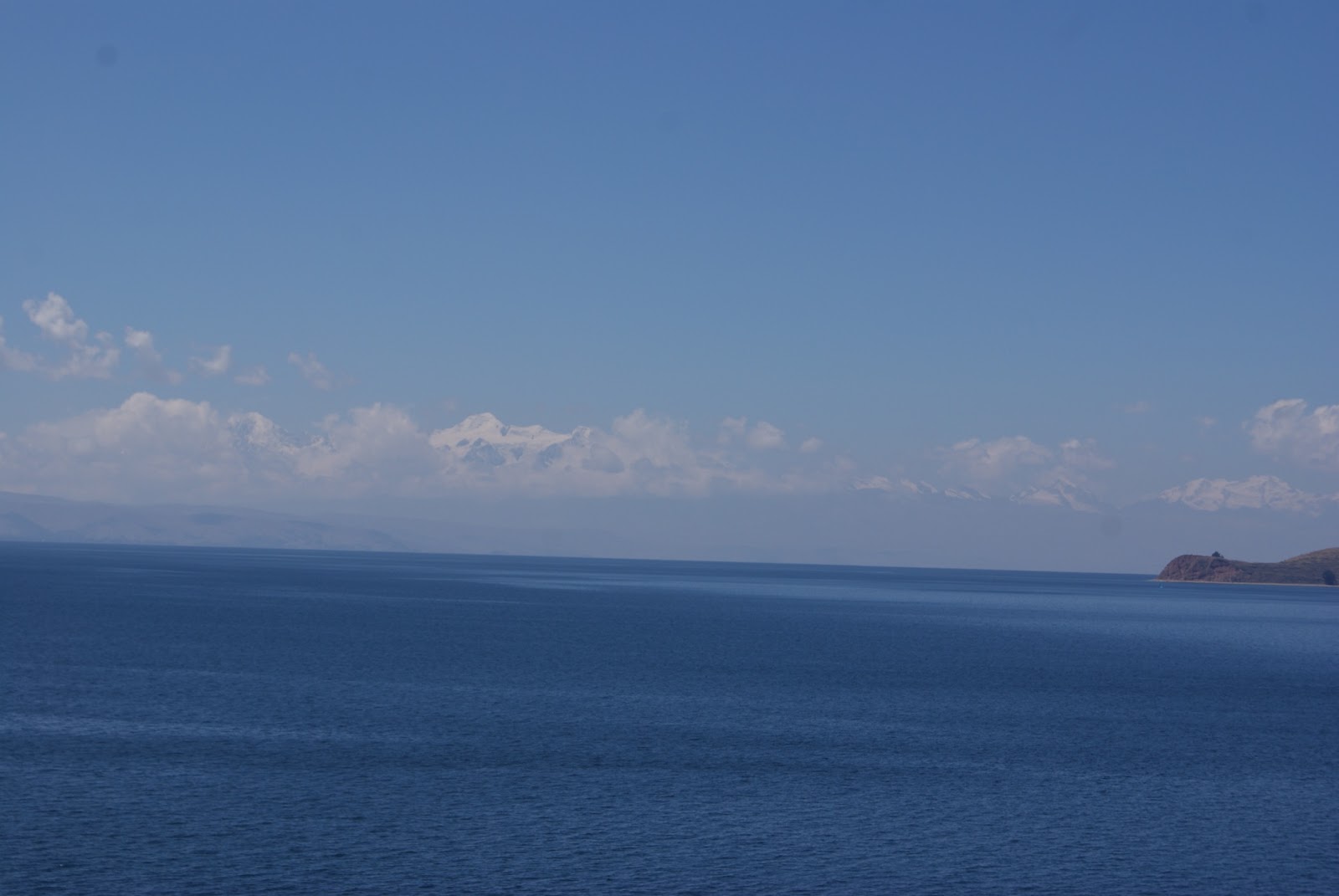 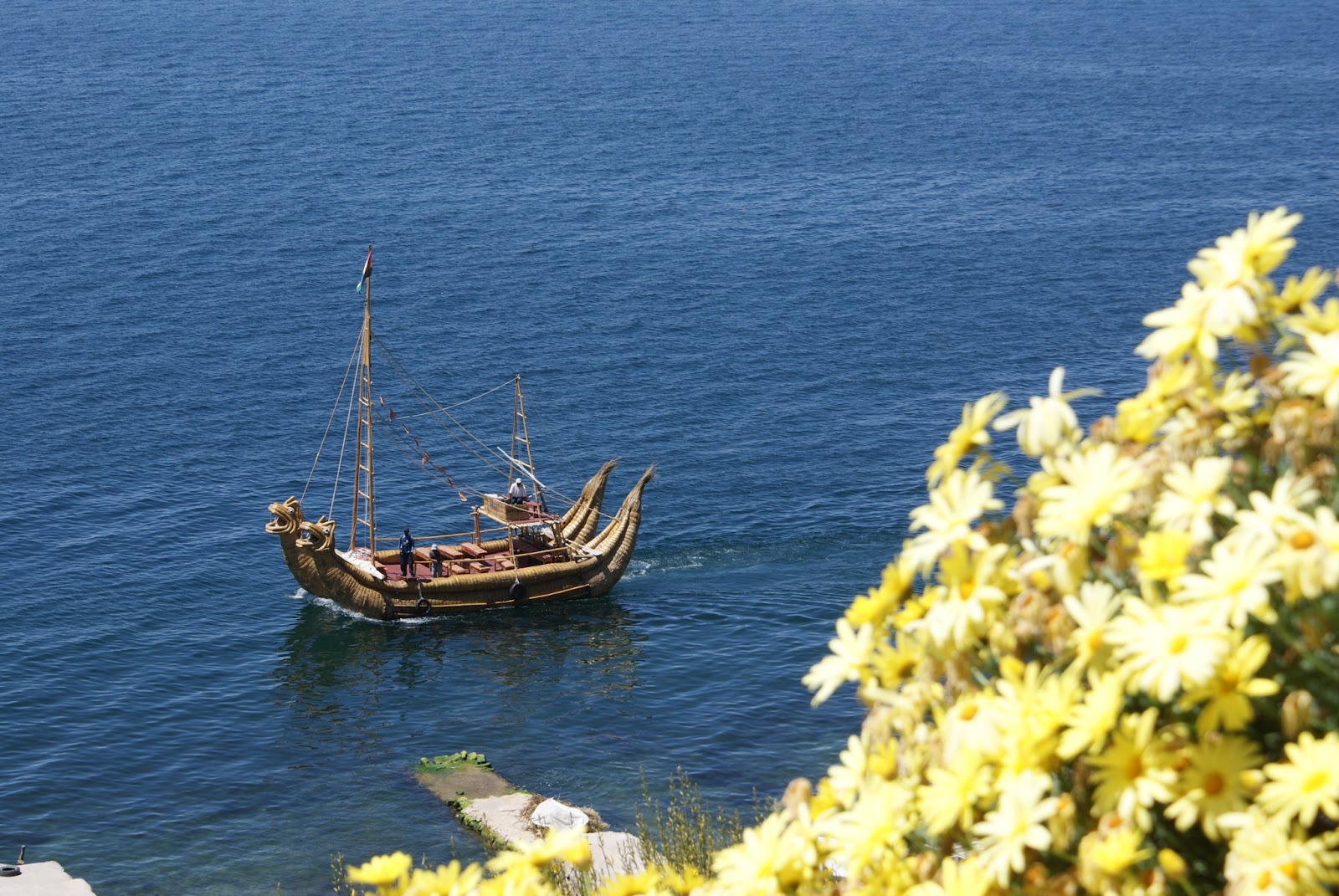 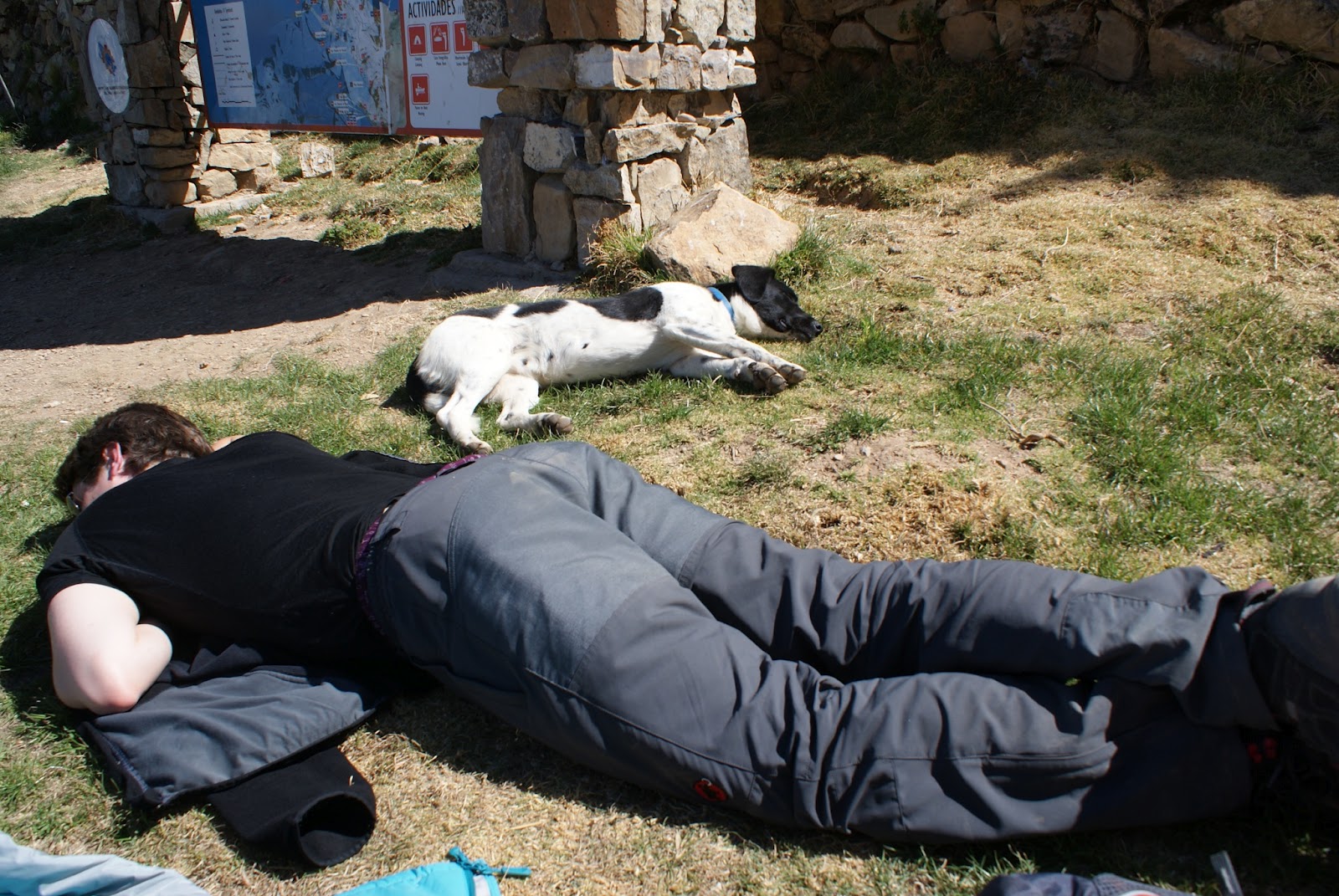 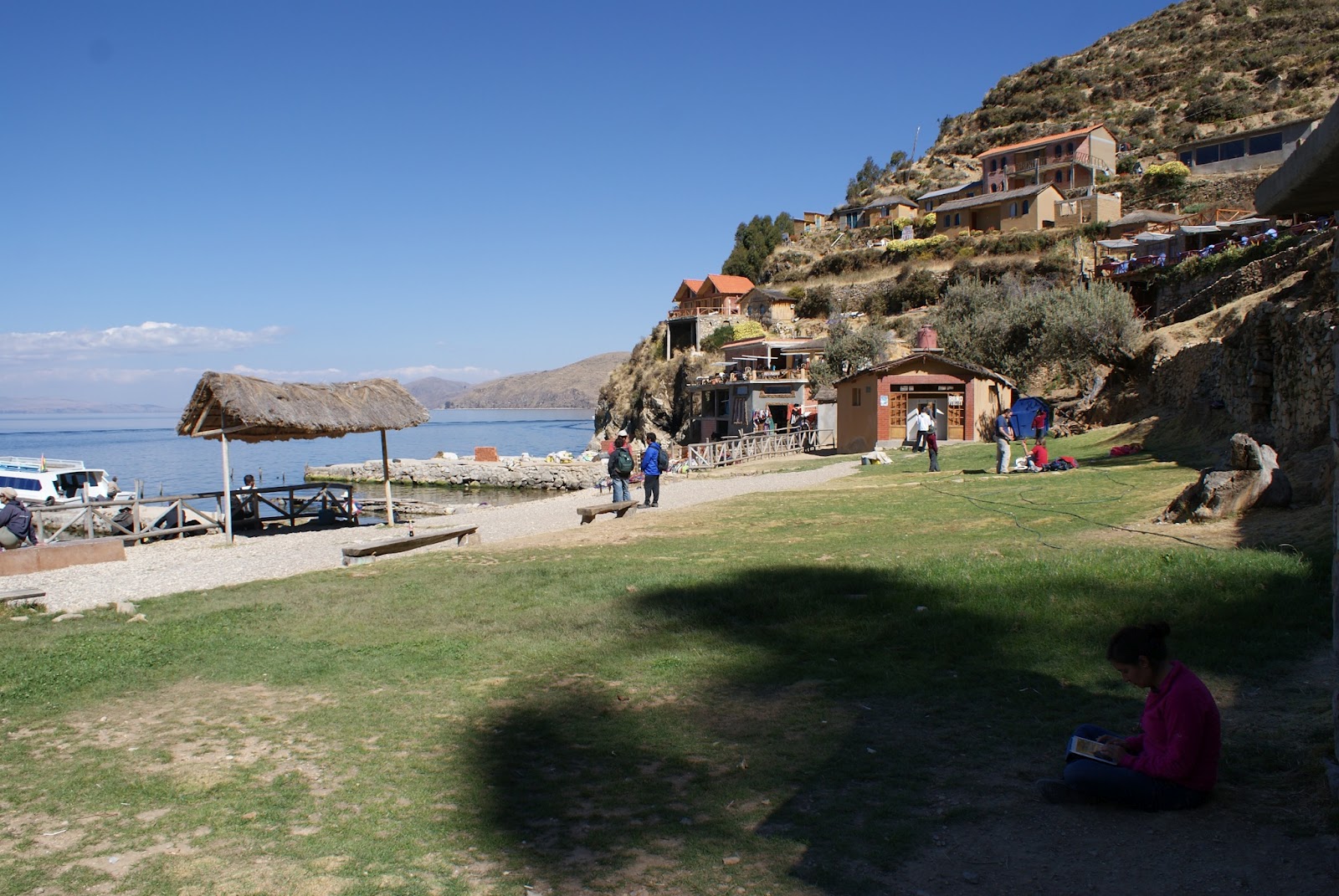 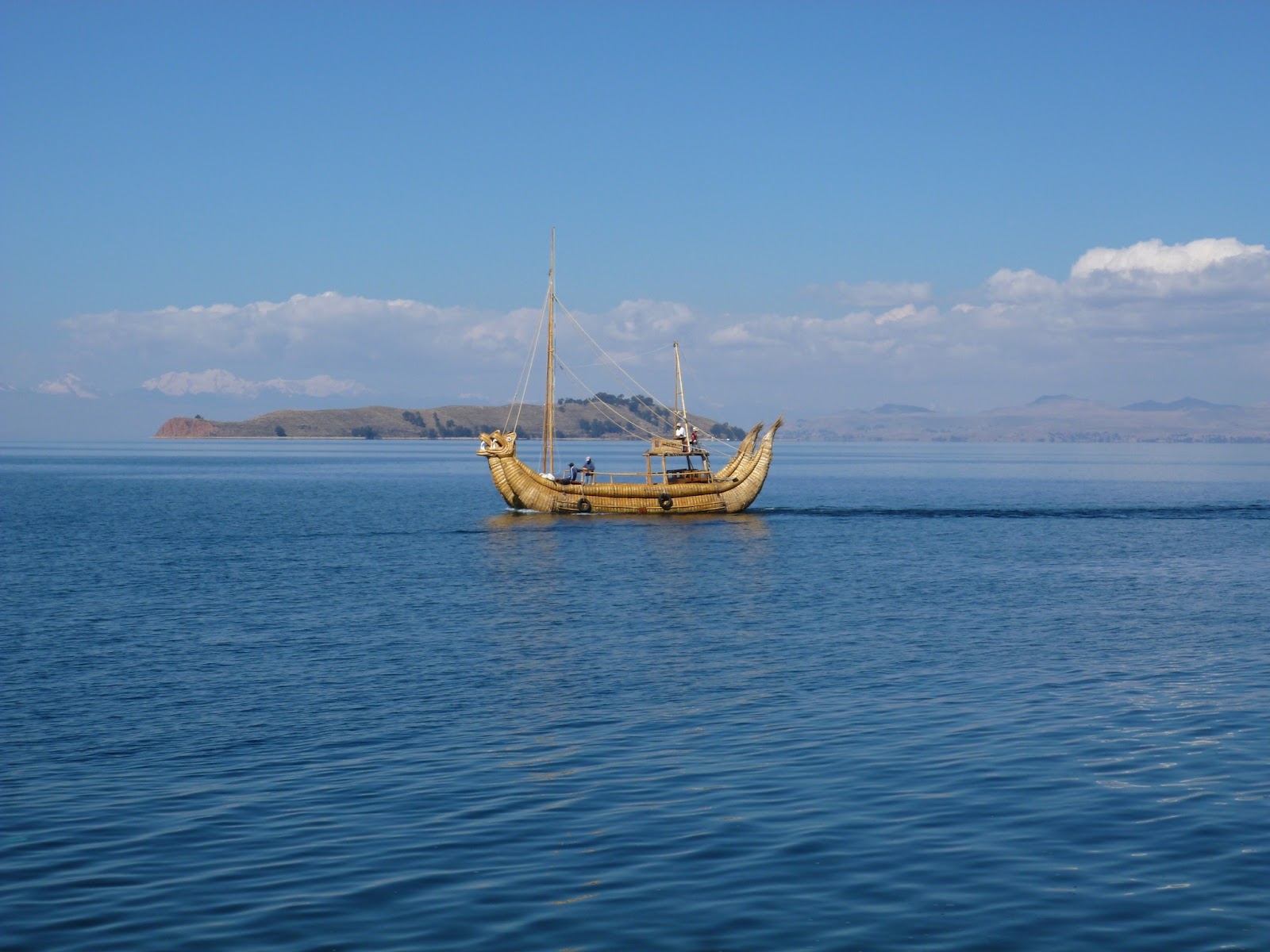 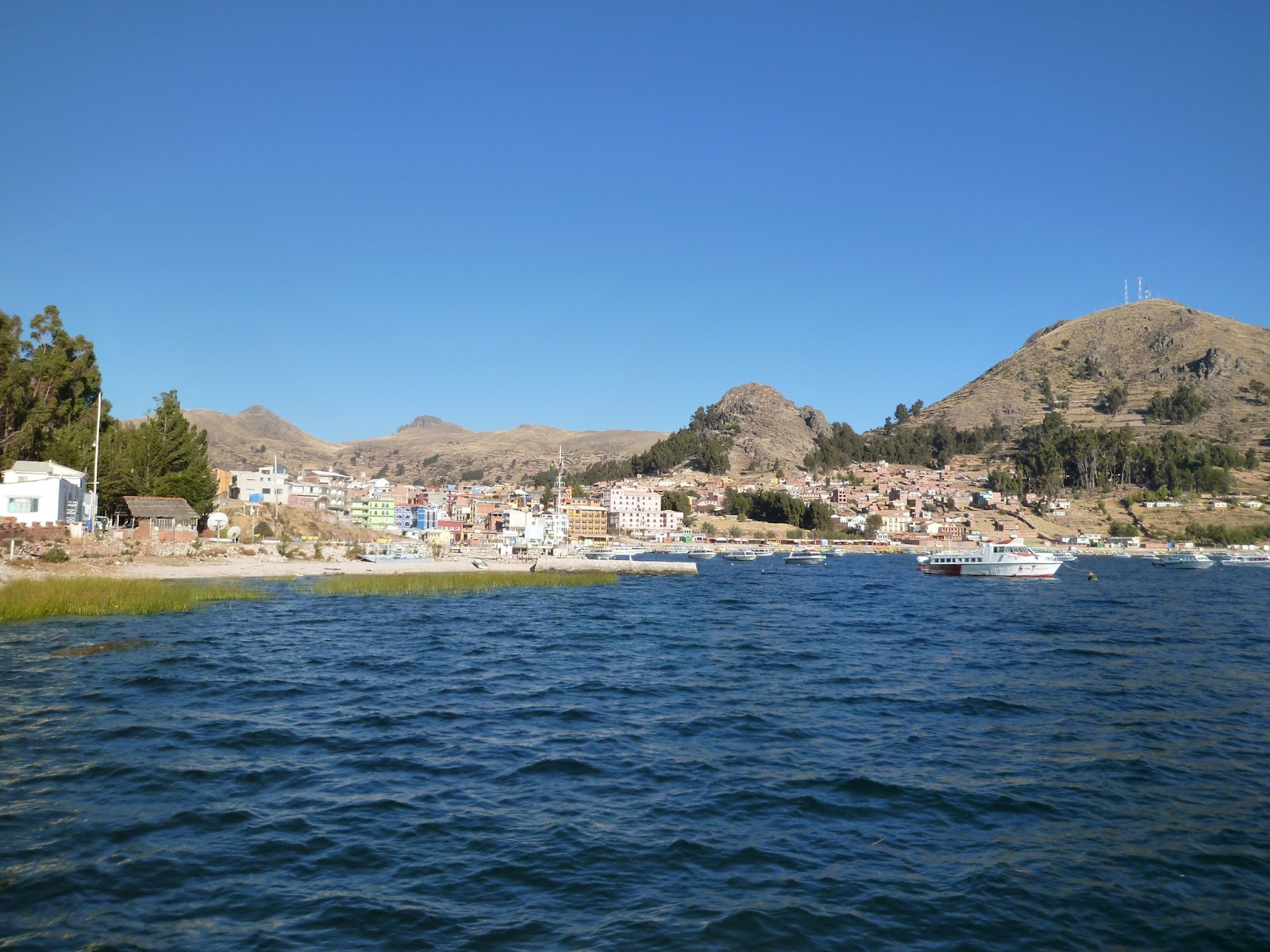 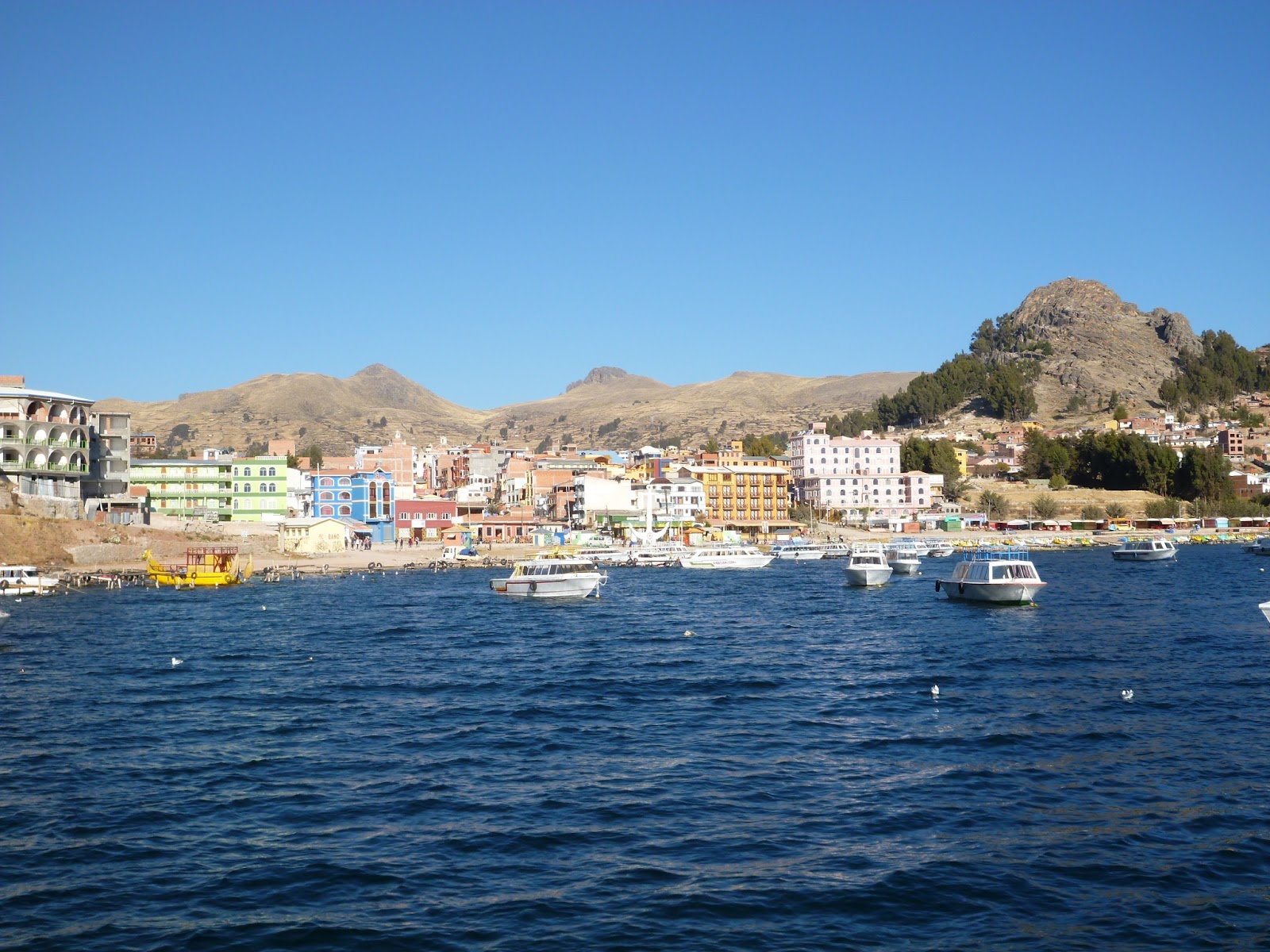 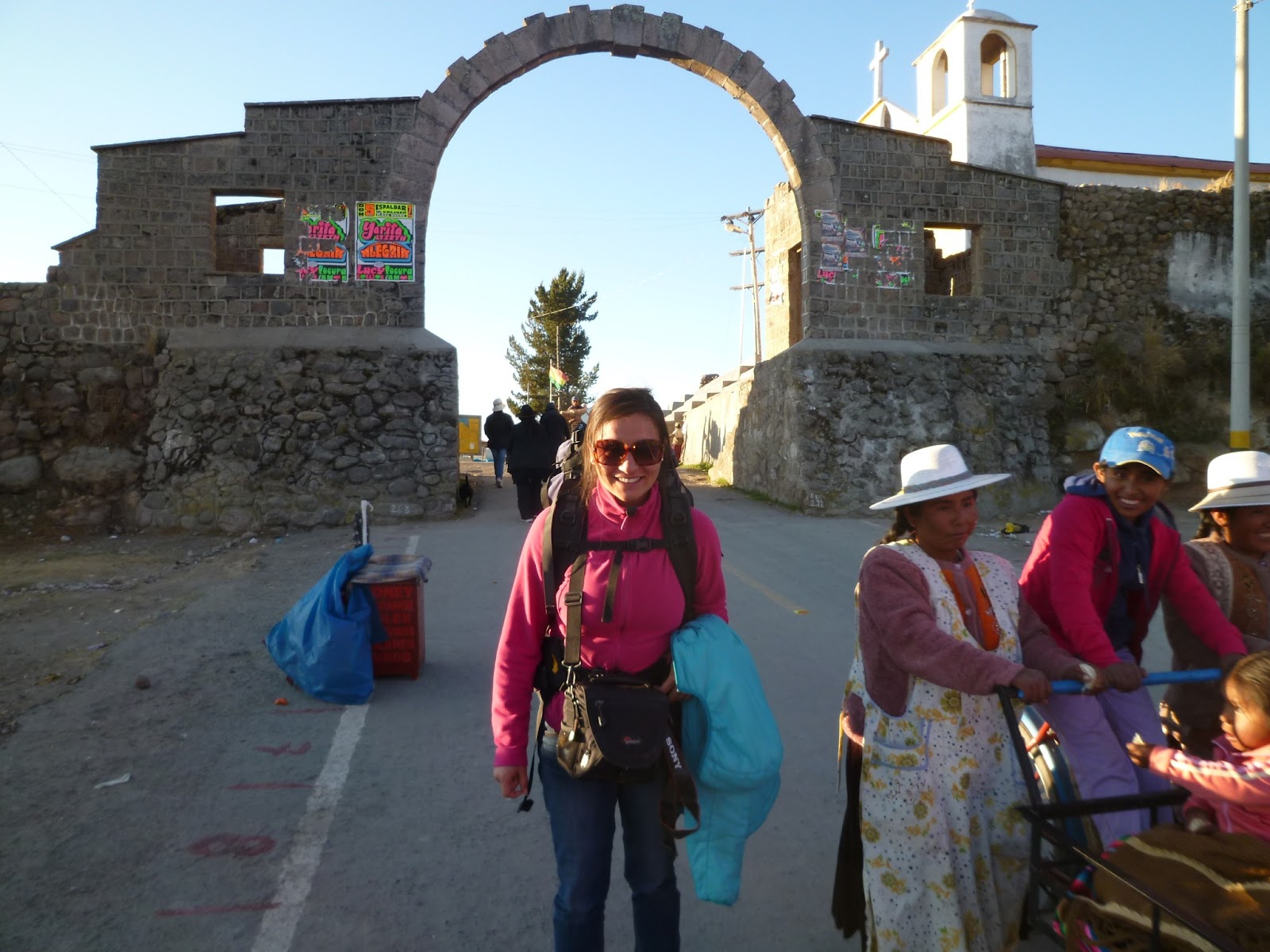 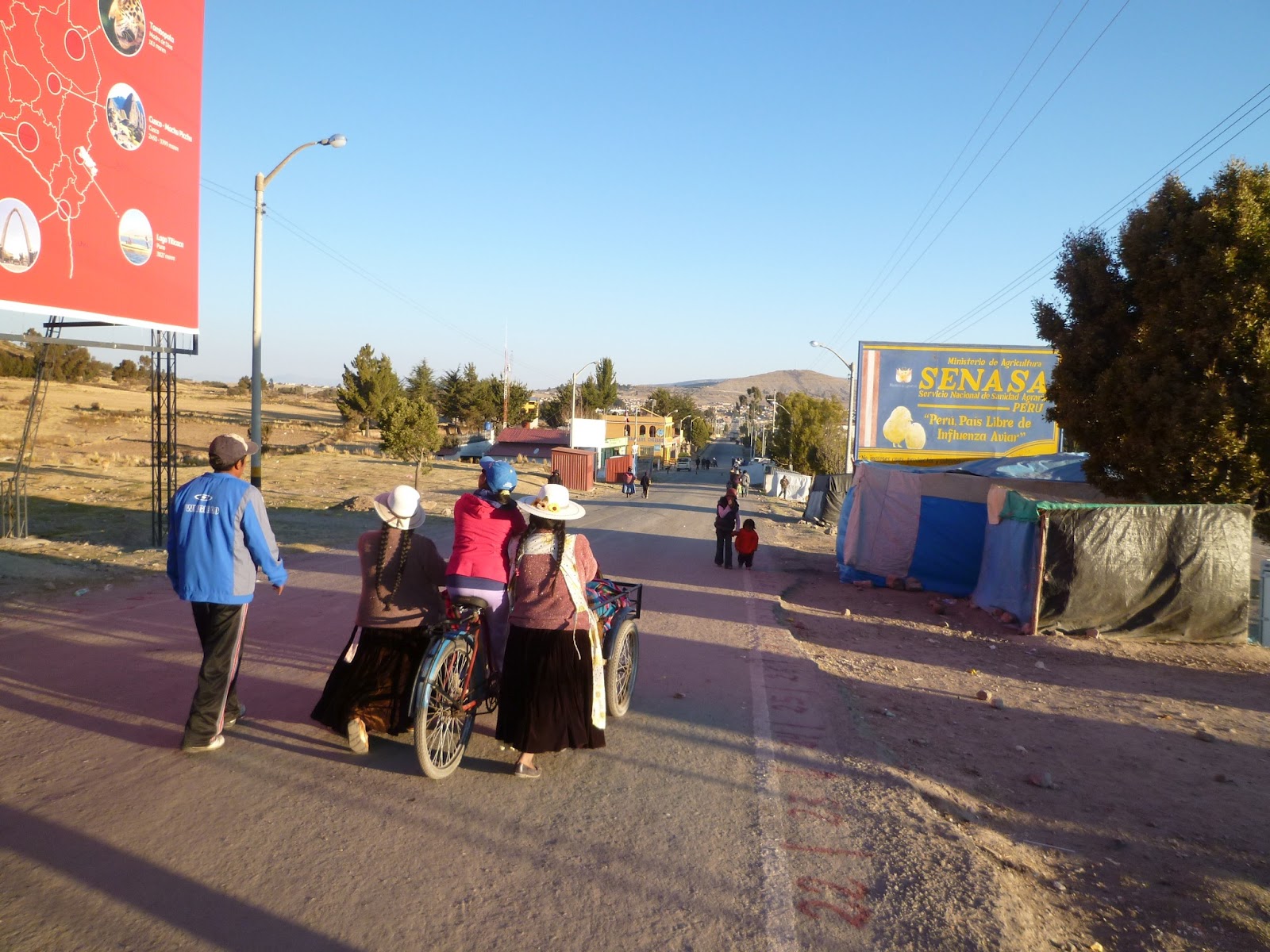 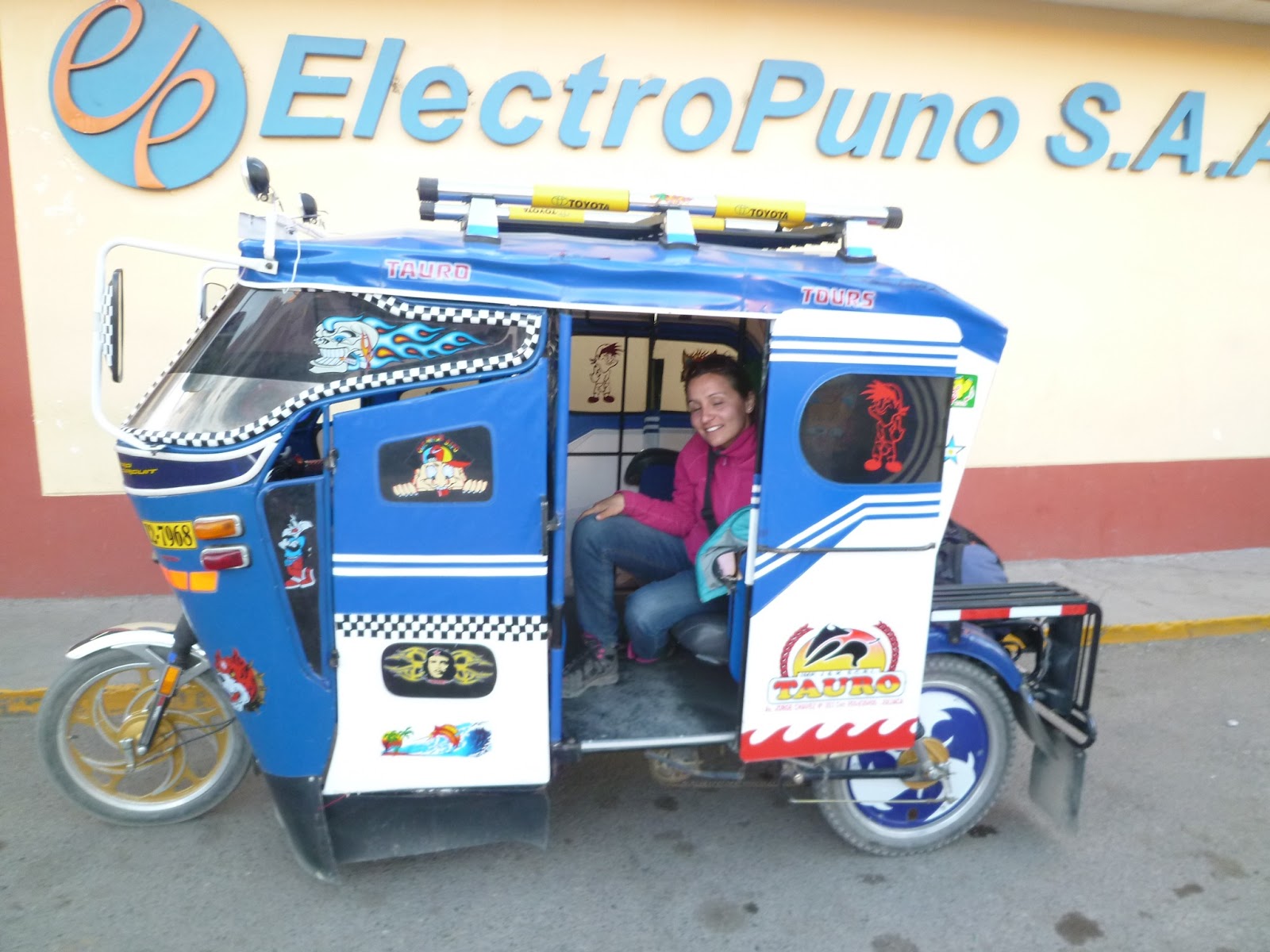 After about 2 weeks and a half in Bolivia it was time to move on, we wanted to get to Peru. While Lucia had a really nice sleep, my night wasn’t that good. I guess the altitude of 4000 mts was an issue after spending the nights before in the Amazons. The shower in the hotel was extreme, either burning hot or freezing cold, mixing the water didn’t work.

We took our backpacks and walked the long way back to the port where our boat would leave. Luckily it was downhill this time. When we arrived at the port we got informed that the boat left half an hour ago and that the next one would leave in 5 hours. Once again we were stuck but this time the boat was the only option so we had to wait!

Well the island is really beautiful and laid back so it was not that bad. First, we decided to walk to an Inka temple. Honestly, we couldn’t find it but the views were amazing and some sport was good for us. After having a regular lunch we just laid down at the port and relaxed. One sleeping the other writing blogs. The time passed by and our boat finally left. Arriving at Copacabana we took a minivan like the locals to get to the border of Bolivia. Emigration, changing money, crossing the border walking and walking to immigration in Peru. The border at Lake Titicaca was somehow funny as nobody was checking identities – “import & export” whatever you want.

We took a kind of Rickshaw to get the main plaza of the peruvian border city and from there another local van. The van had place for 13 people but when it was full people kept hopping in, in total 19 plus two babies, it was crowded – really crowded. Then we traveled for about 2 hours and a half along the Titicaca lake, enjoying the nice sunset until we arrived tired to Puno. We planned to stay just one night to get to the Colca Canyon as soon as possible.