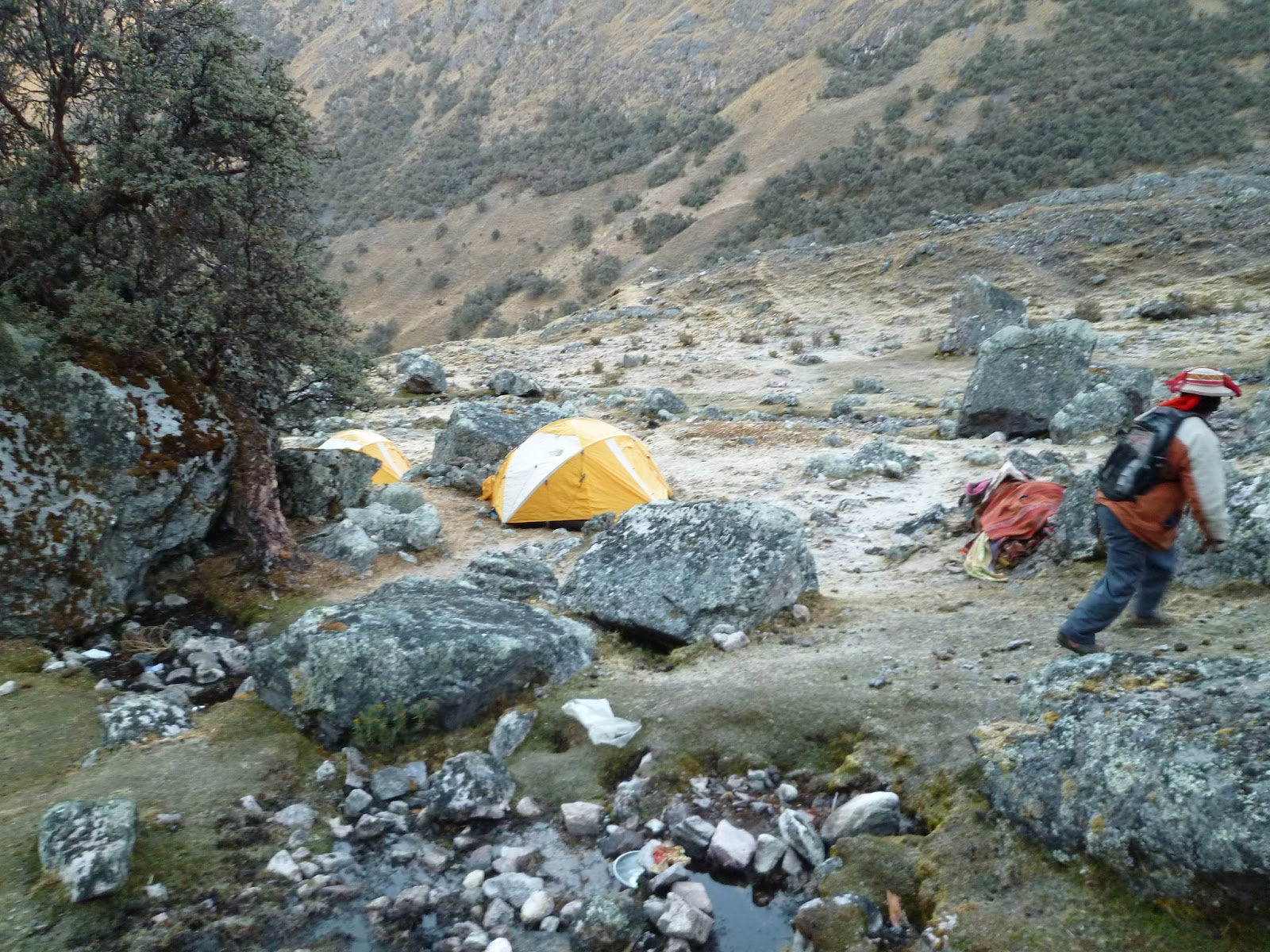 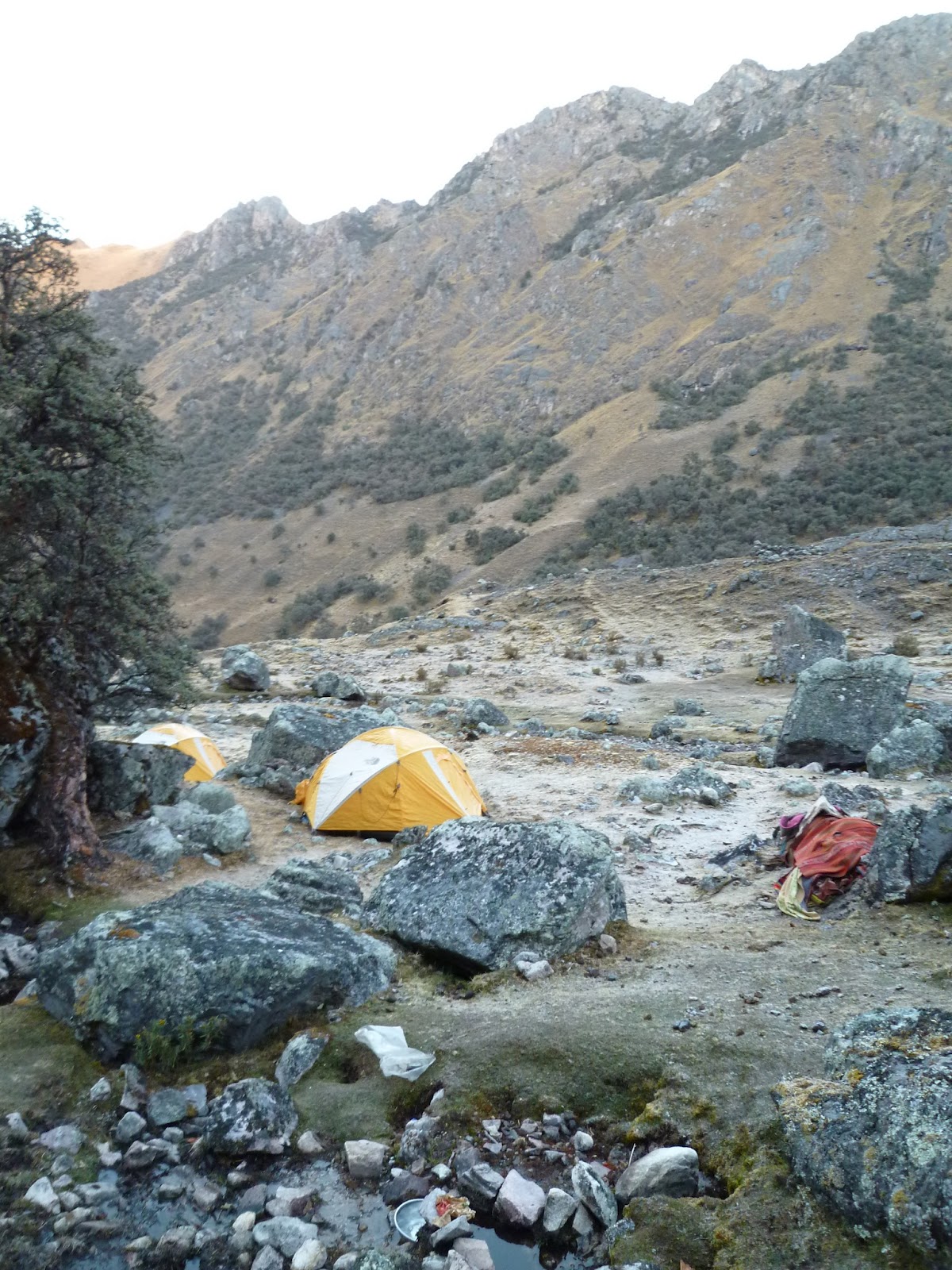 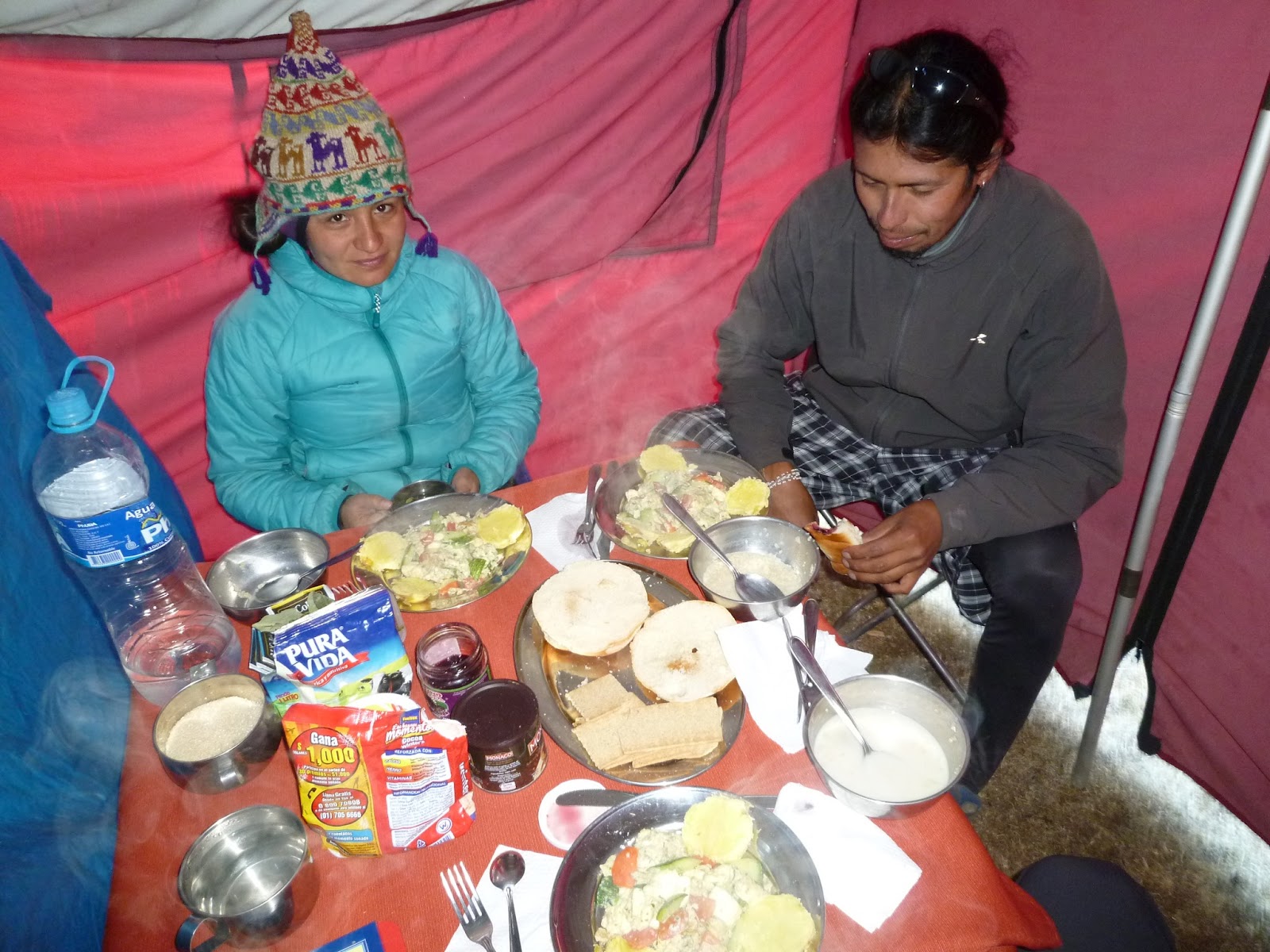 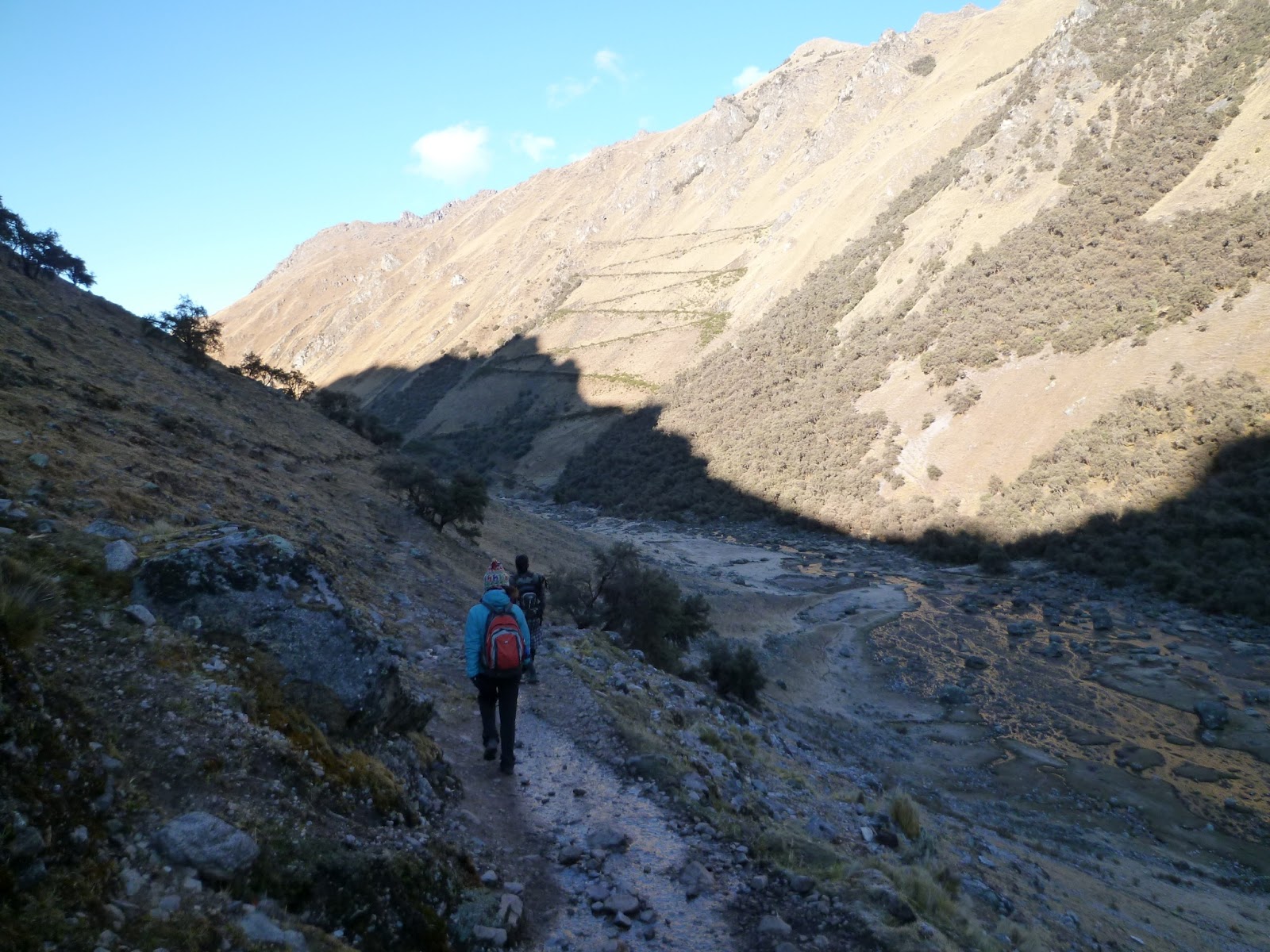 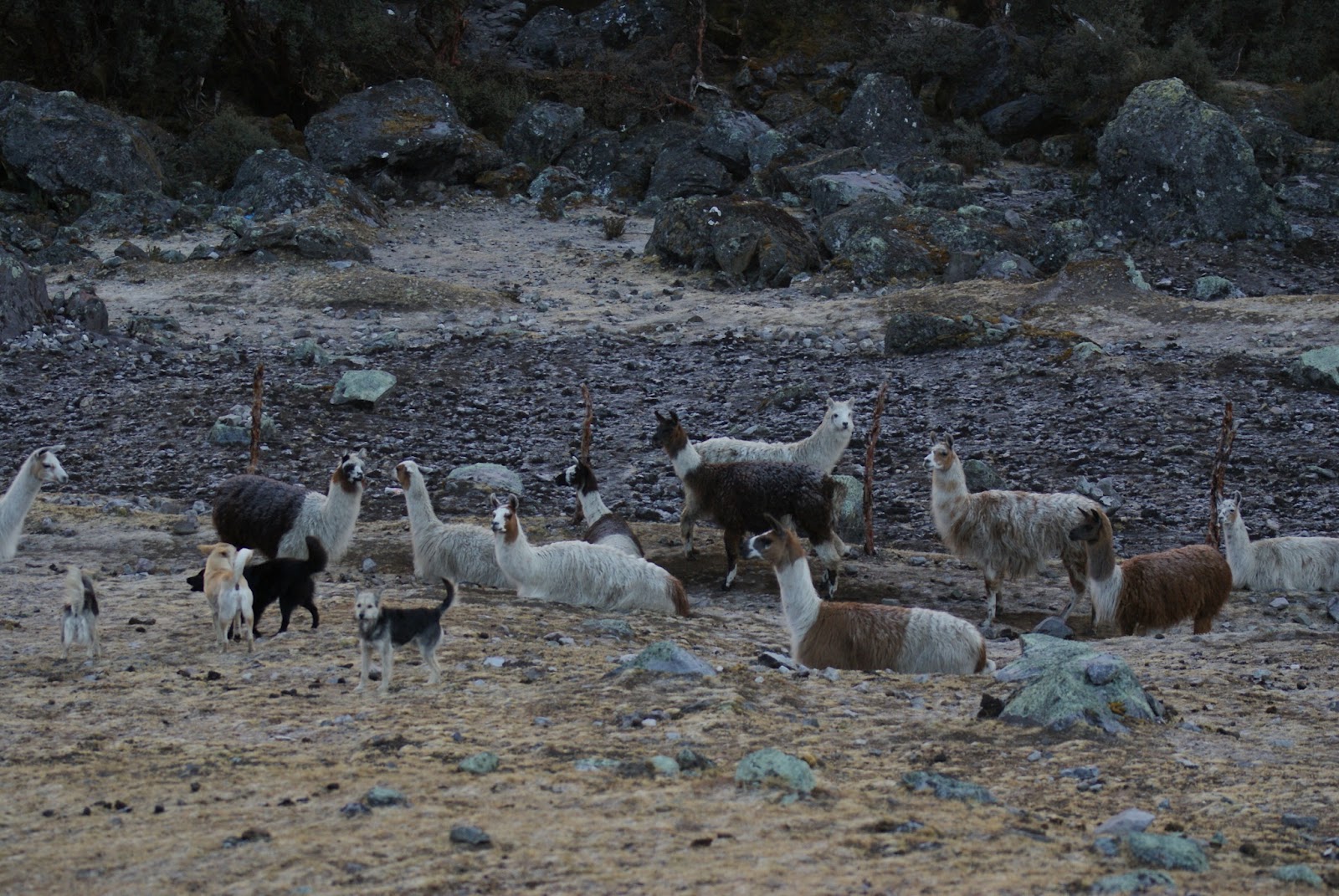 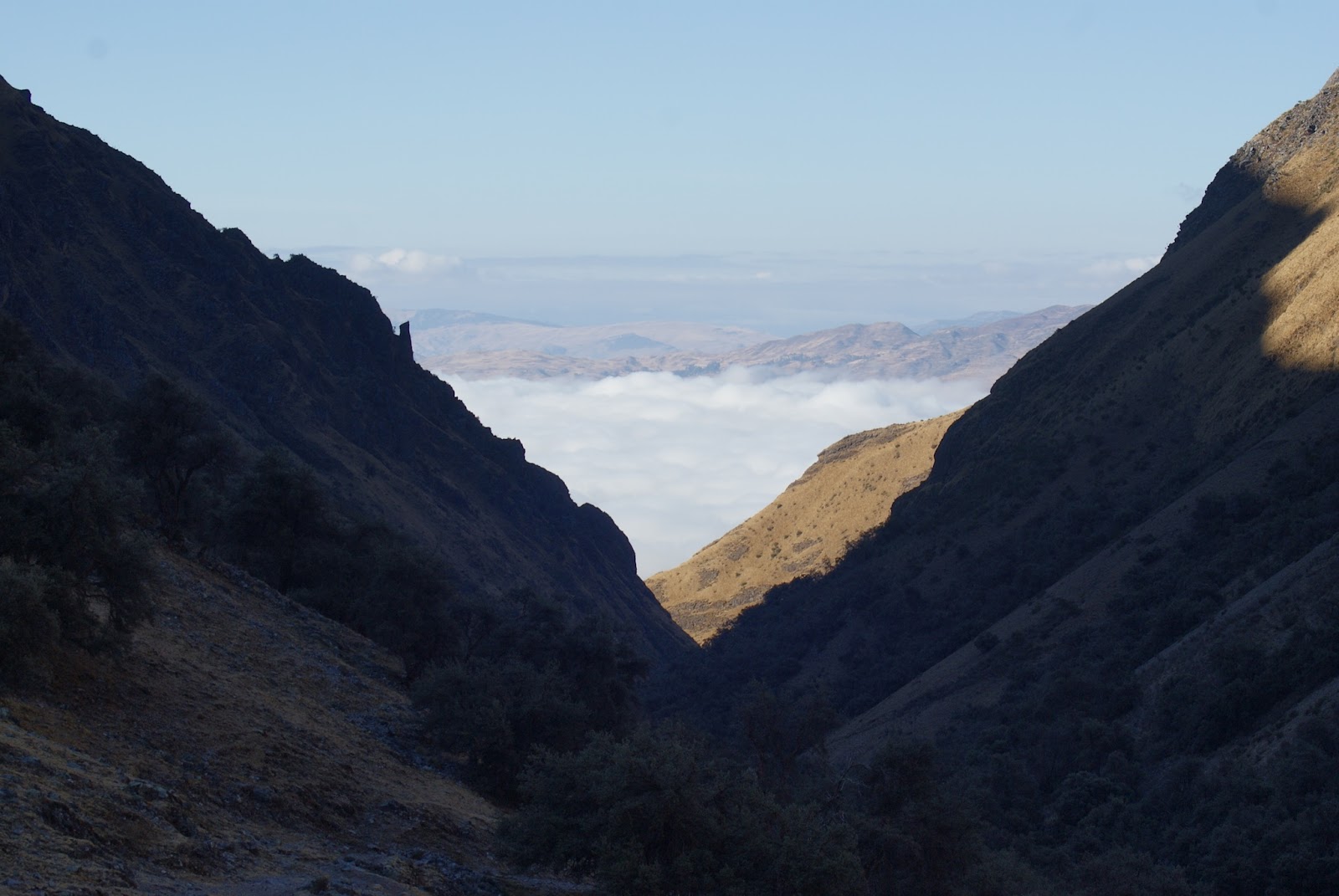 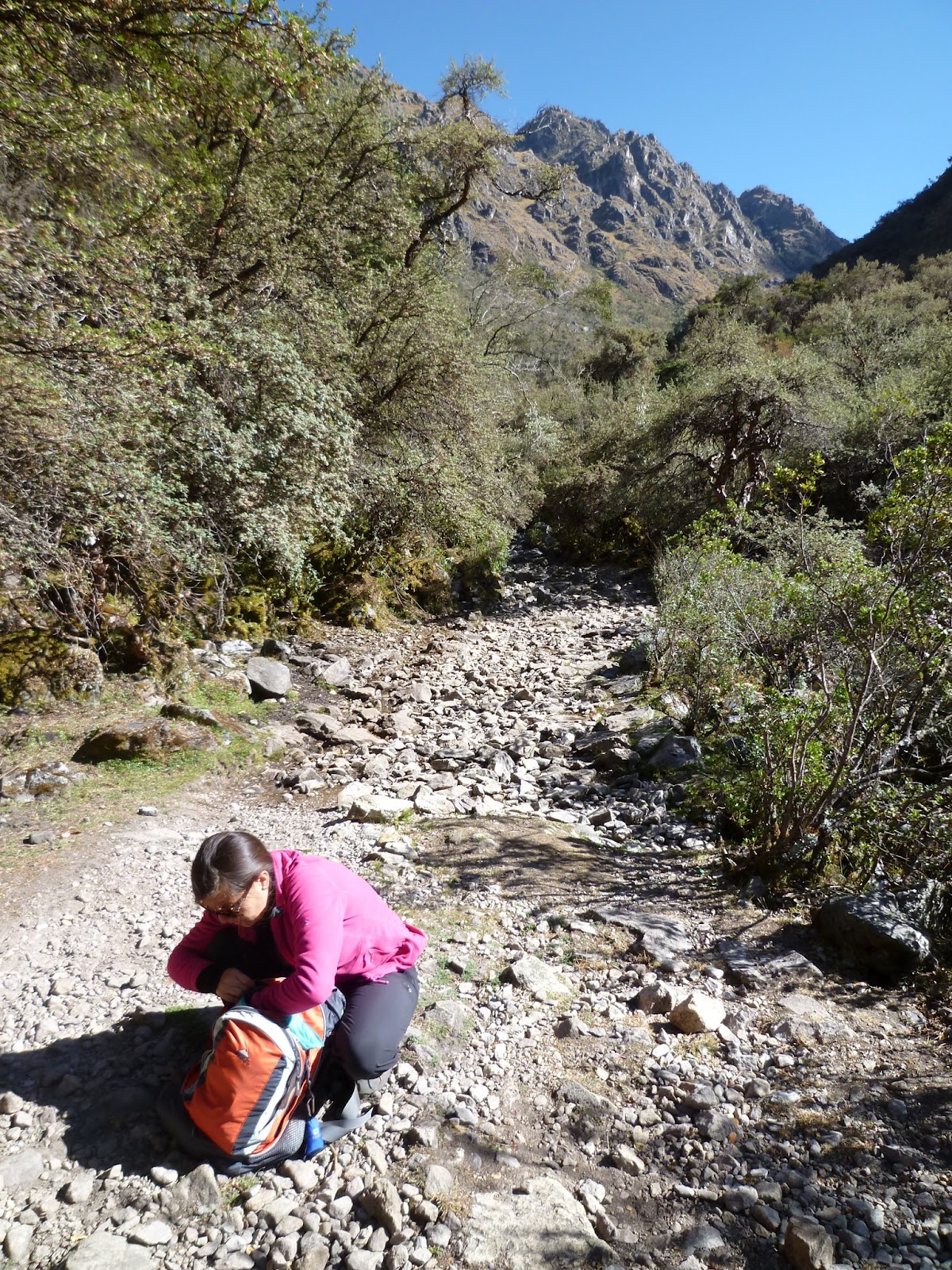 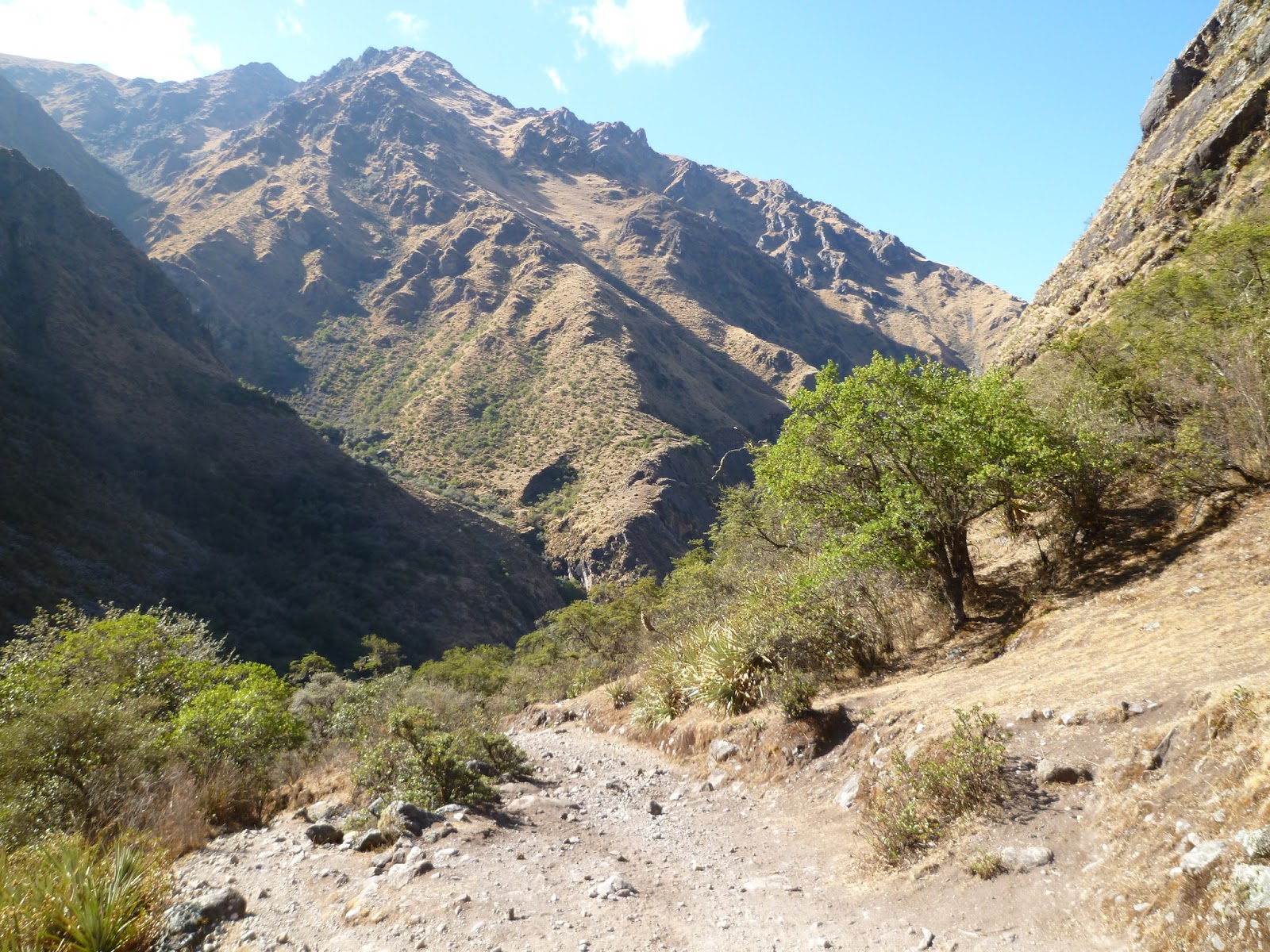 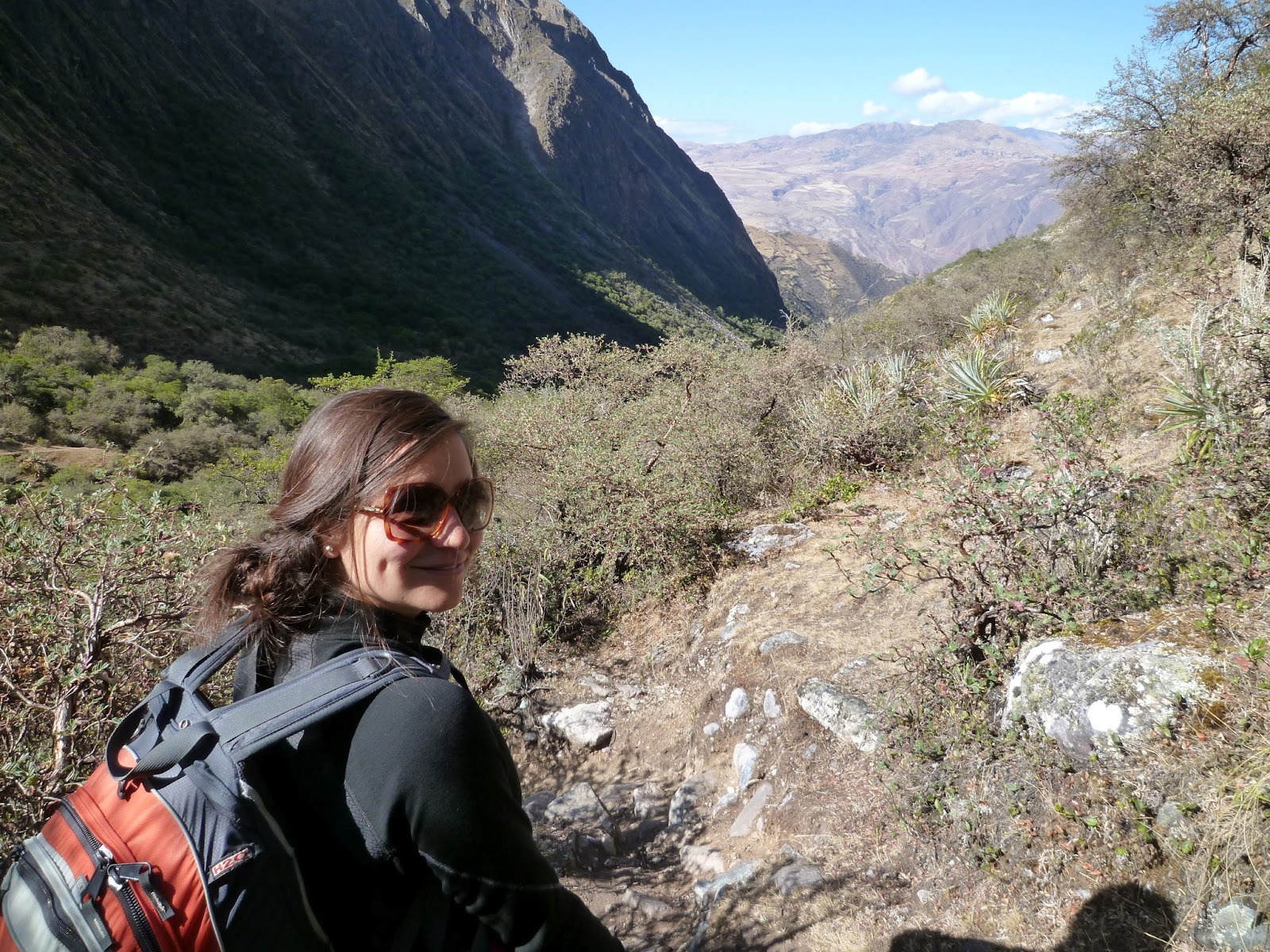 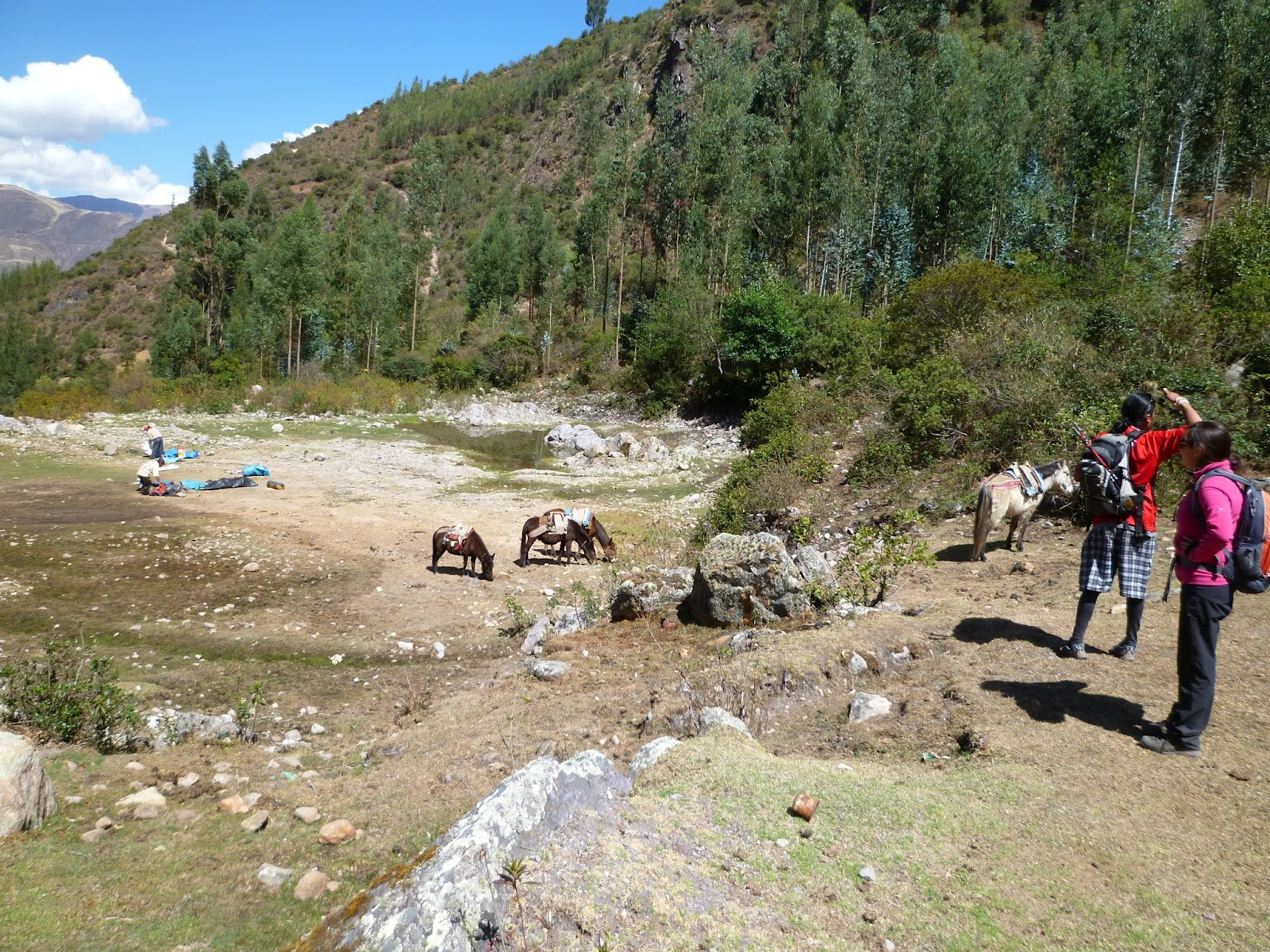 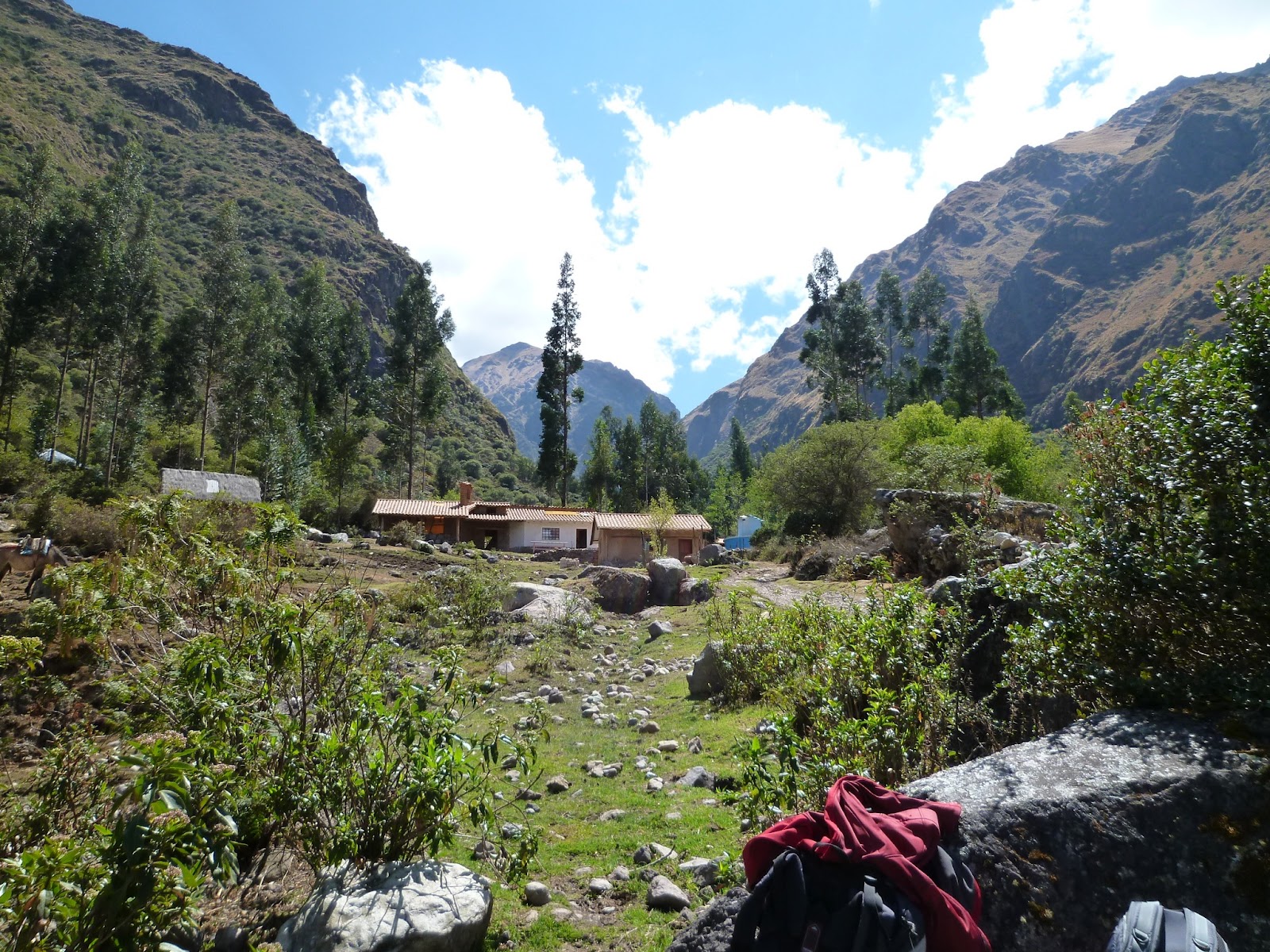 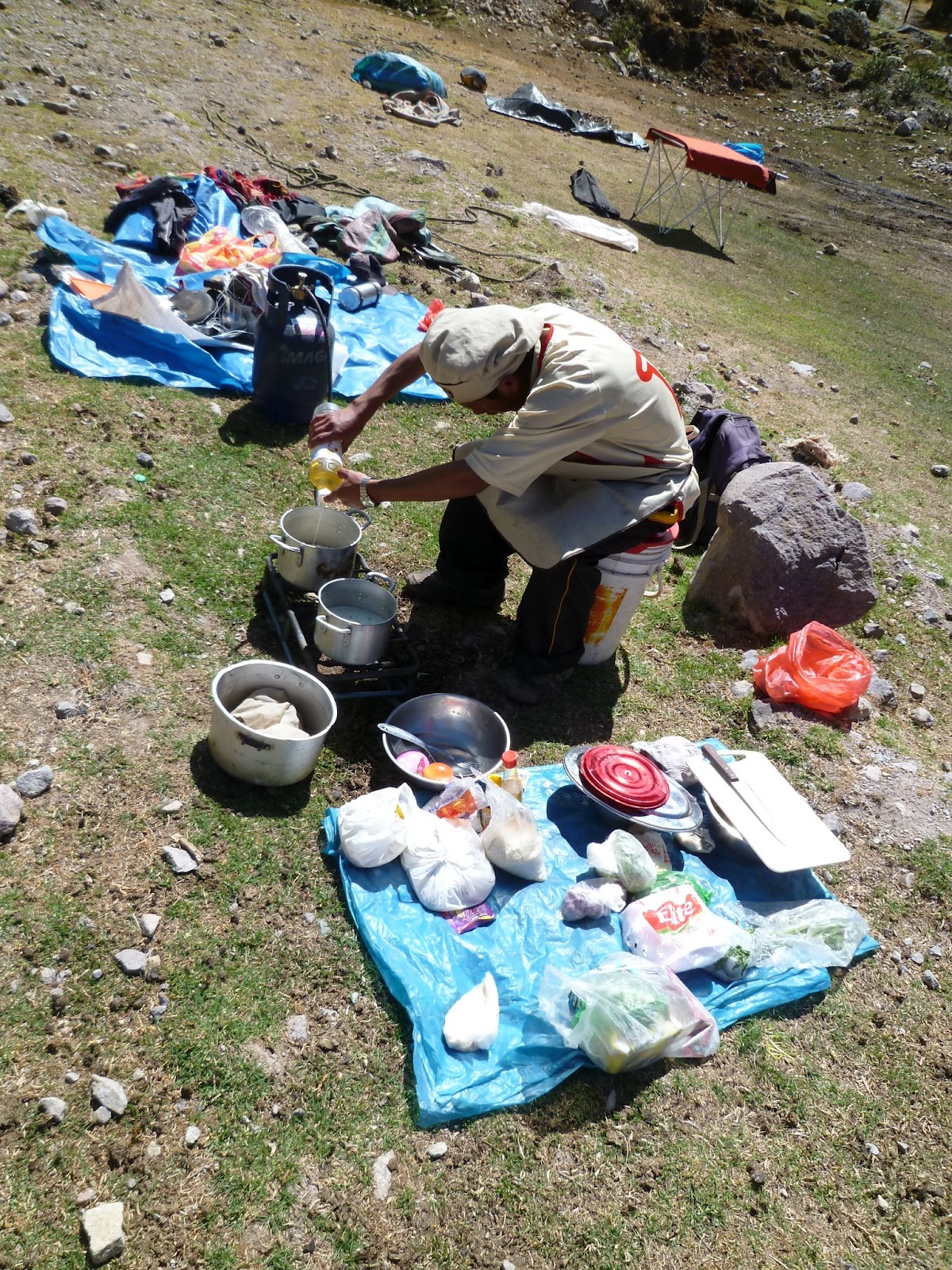 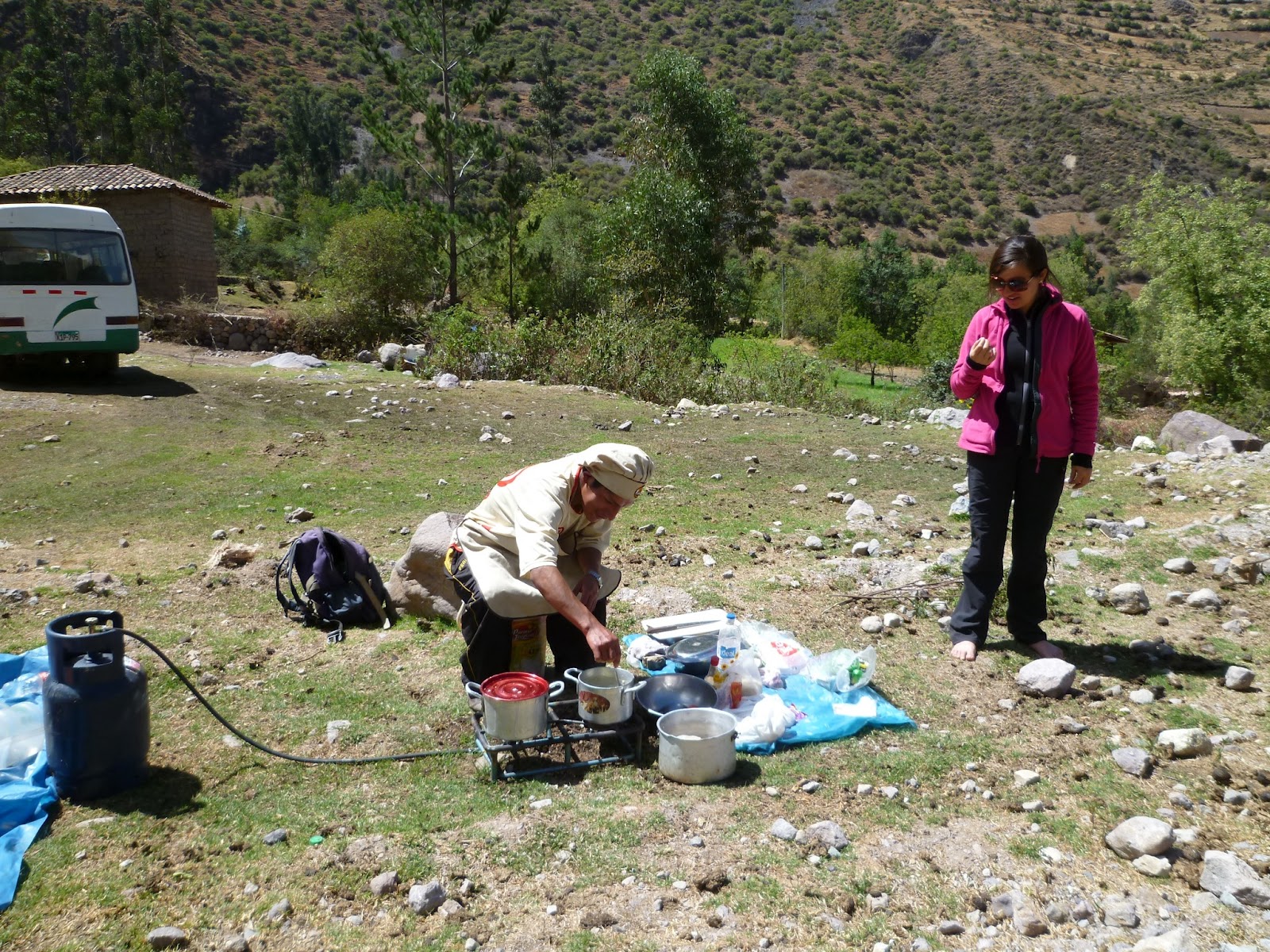 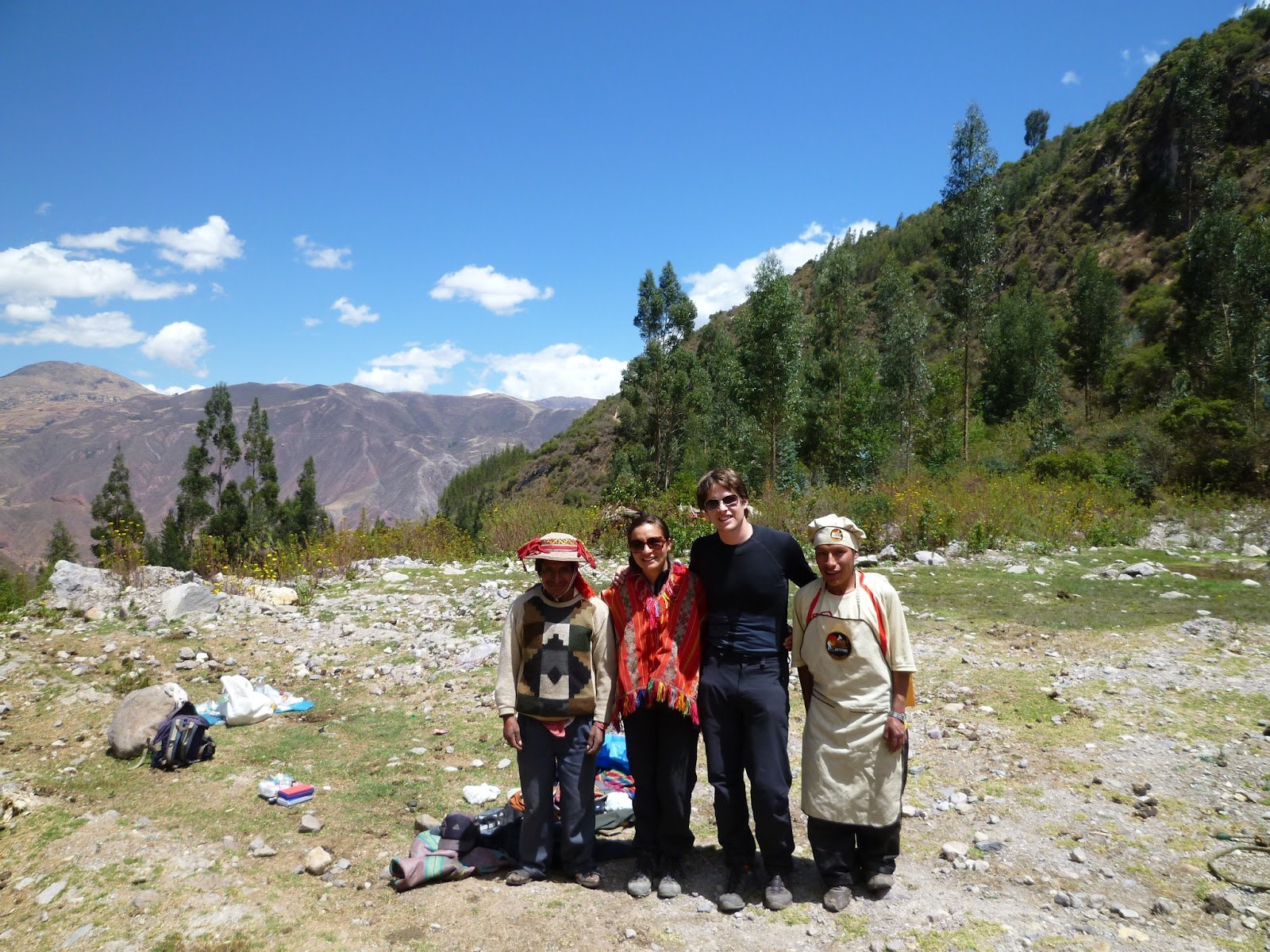 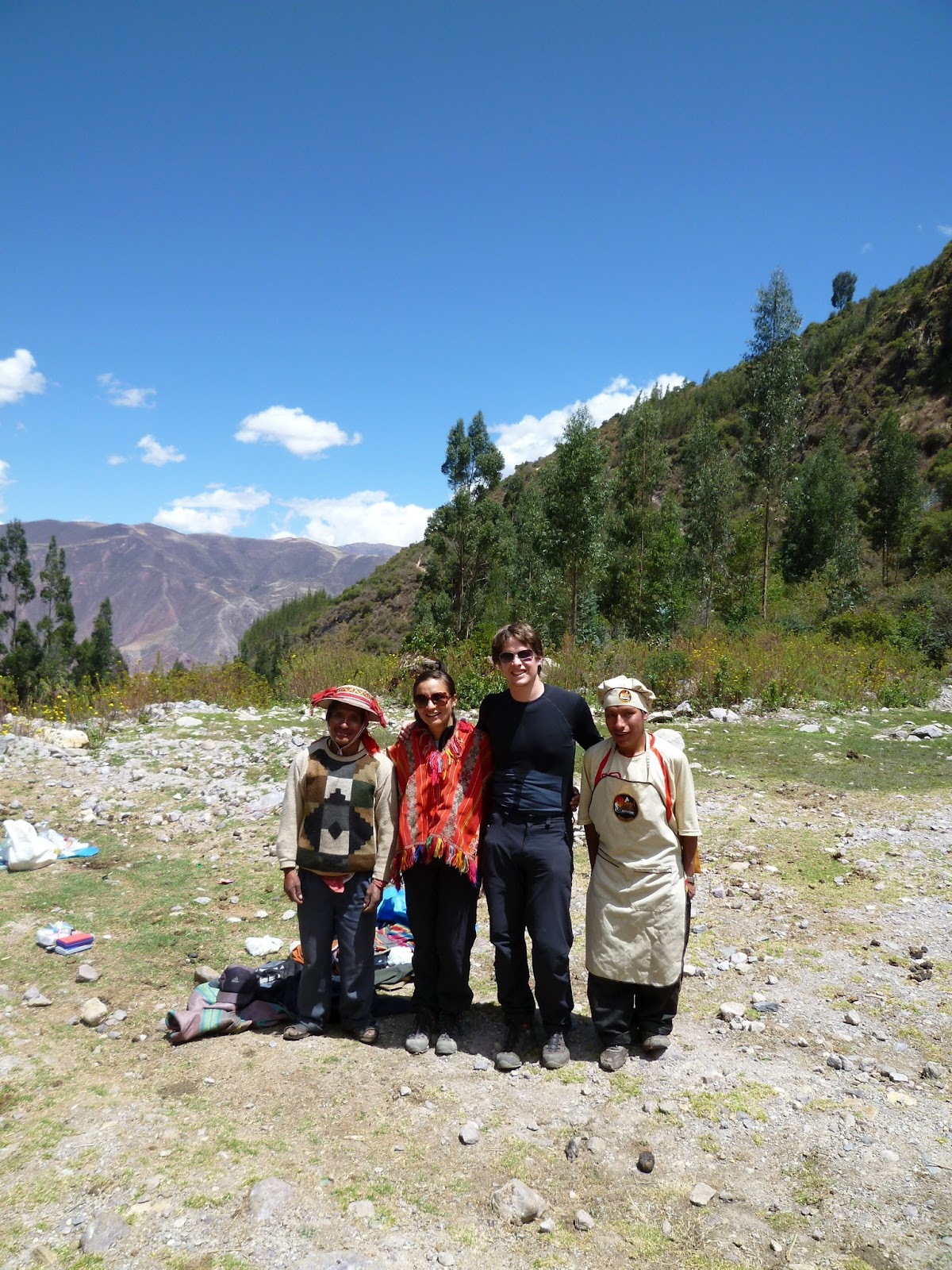 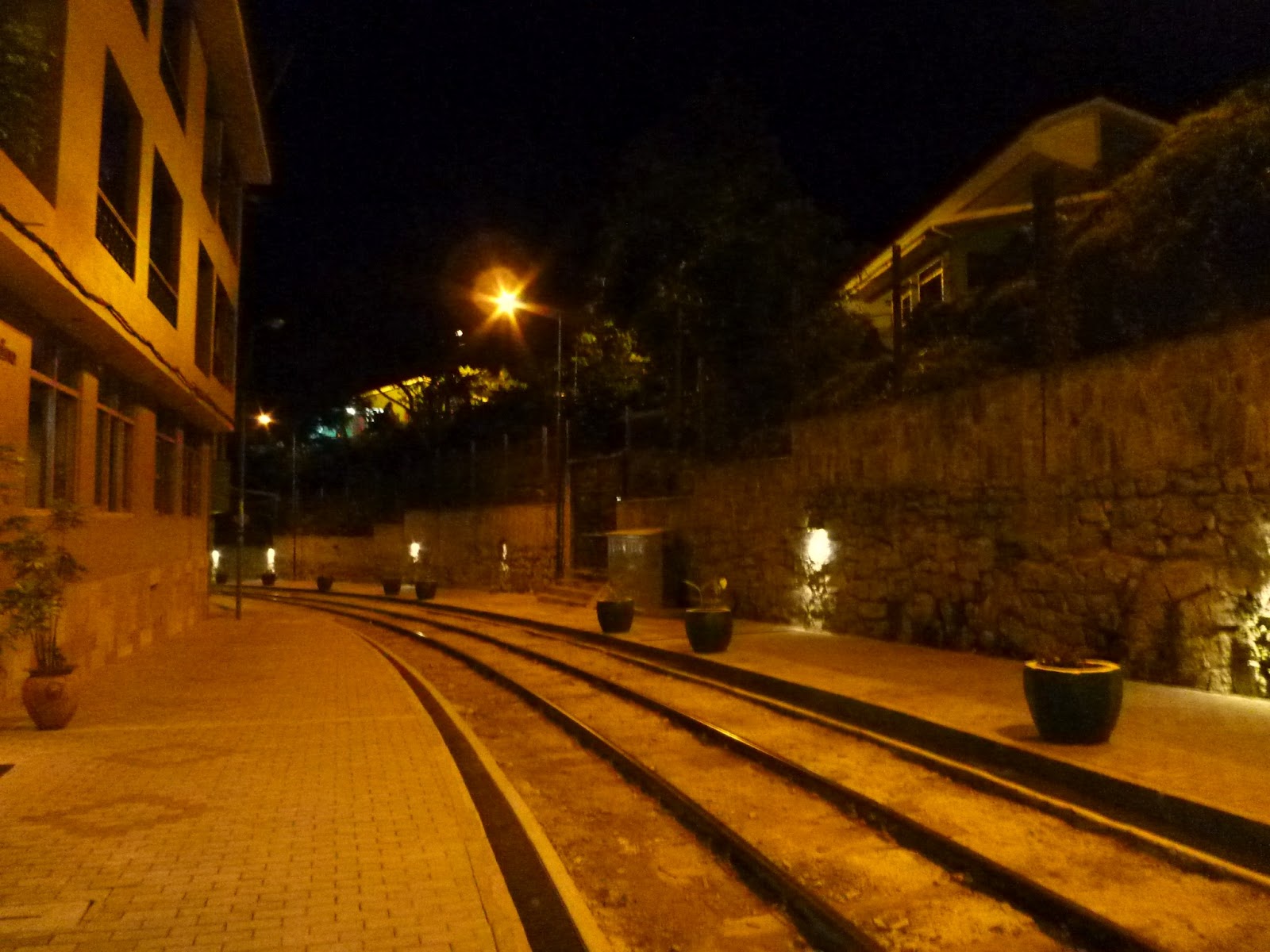 Like the previous day we were woken up by Don Martin handing us a cup of coca tea and some warm water to clean ourselves. The night was a bit warmer than the previous so it wasn’t so difficult to stand up this time.

Quinua with milk, vegetable omelette with cheese and potatoes were served by a tired Don Martin. Prepared with a small snack we left the camp site to reach the end point of our route. It felt very smooth to walk downhill after that tremendous walk the day before, so we took a longer snack break looking at a river. The views were not as stunning as the first days, but we enjoyed it anyway.

Soon enough it was time for lunch again and Don Martin and Nidio had passed us as always and were already setting everything up for our last meal together. Spinach cream soup, rice, beef with tomato, onions and vegetables.

A driver came to pick us up, it was time to say good bye. We approached them while they were in a hurry cleaning everything up; we thanked them a lot, gave them some table games and glow sticks and a final picture that would mark the end of the trip for us and the start of their return home which is going all the way back to where out trip began. Don Martin would be arriving home approximately at 10pm that same day, it was still a 7-9 hours walk. Nidio came with us and we dropped him at a bus stop going to Cuzco where he would return parts of the equipment and then go back home the next day.

After the touristy but very beautiful train ride from Ollantaytambo to Aguascalientes (Machu Picchu village) we rested in the hotel for a while and then went to have a pisco sour and dinner with Edson, our guide. As there’s no street to Aguascalientes, these 110 kilometers have to be travelled by train in two hours.

Full and tired we went to sleep a bit nervously about the big day approaching us, we were to be waken at 4.15am.