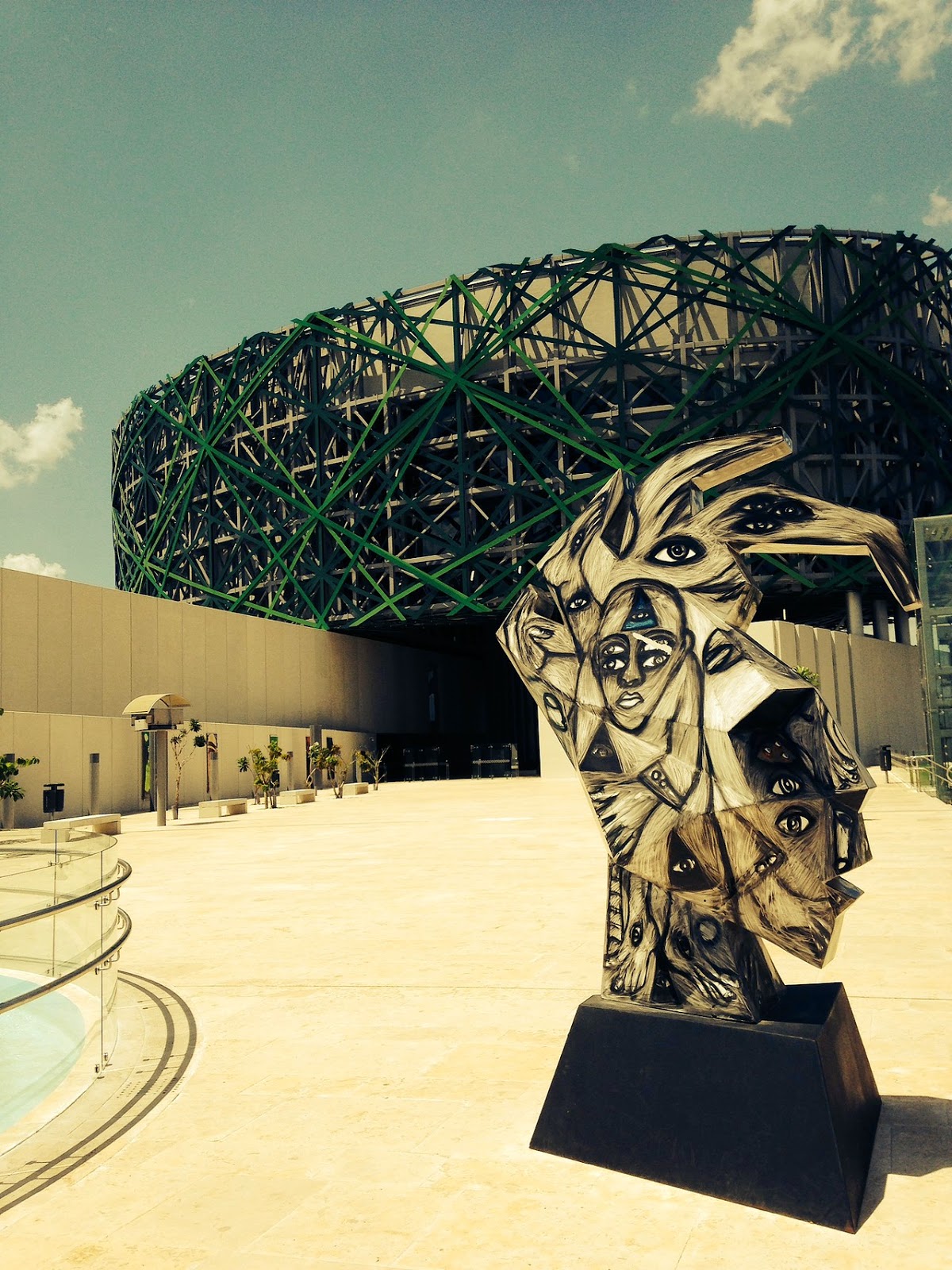 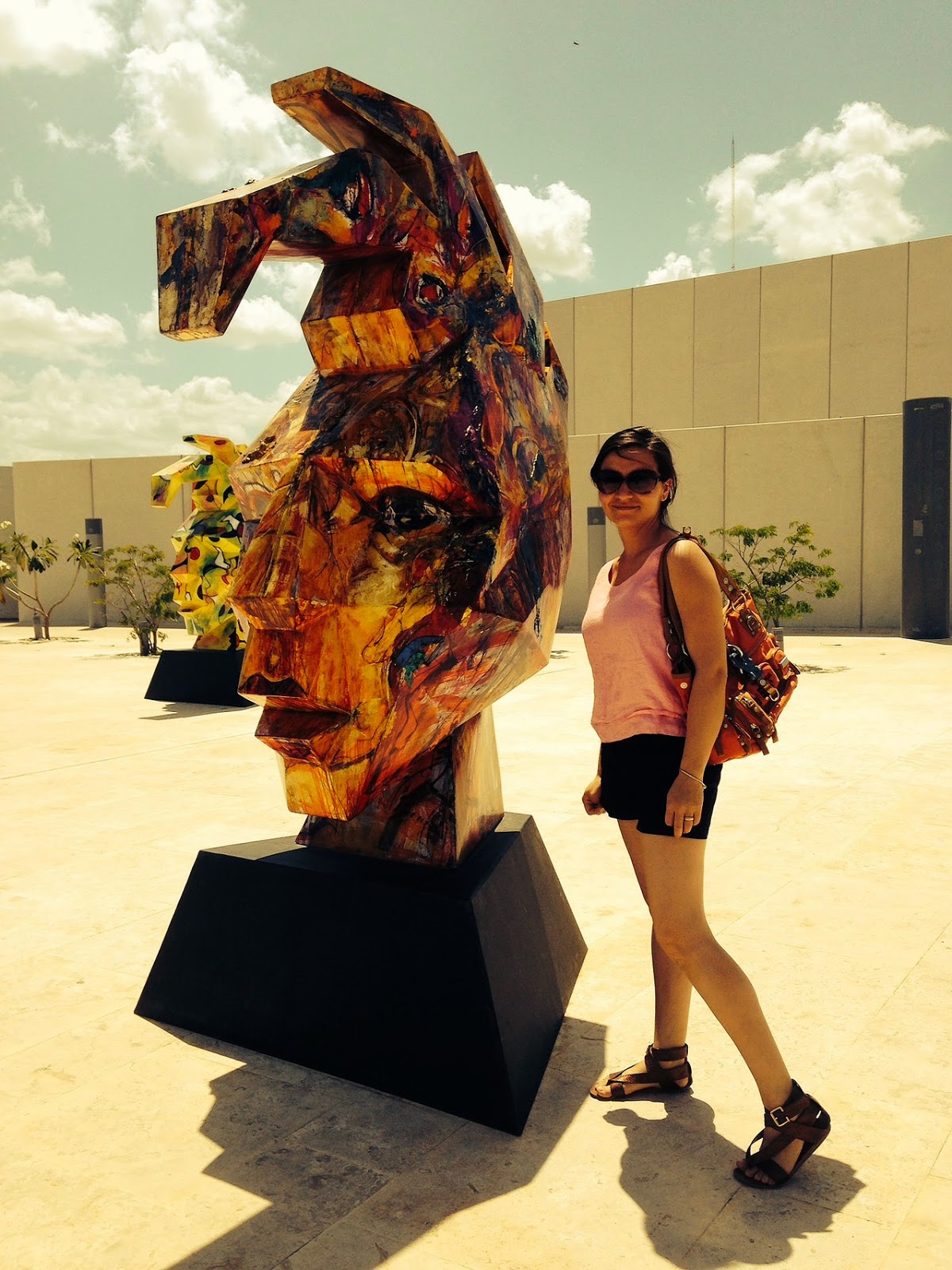 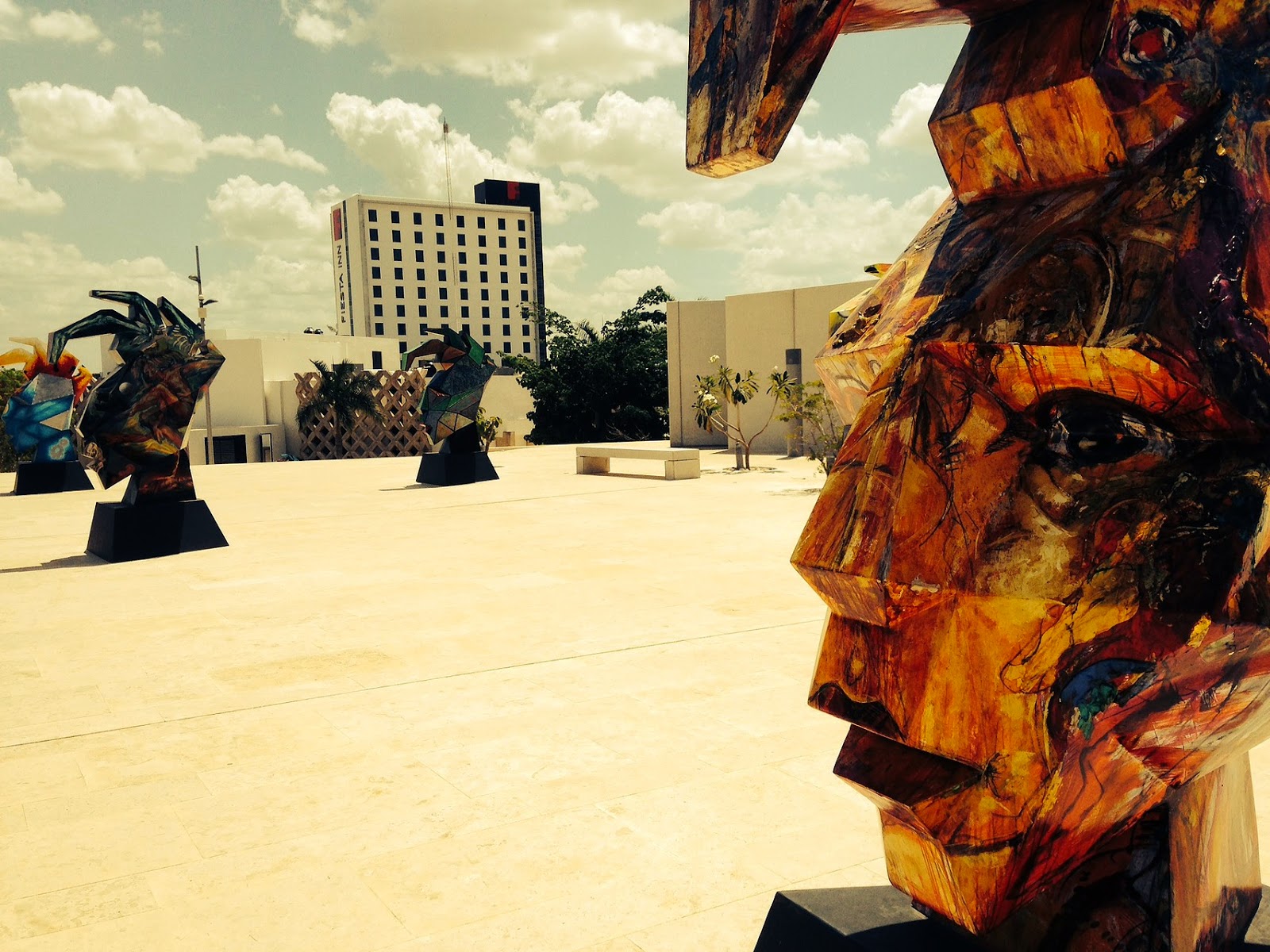 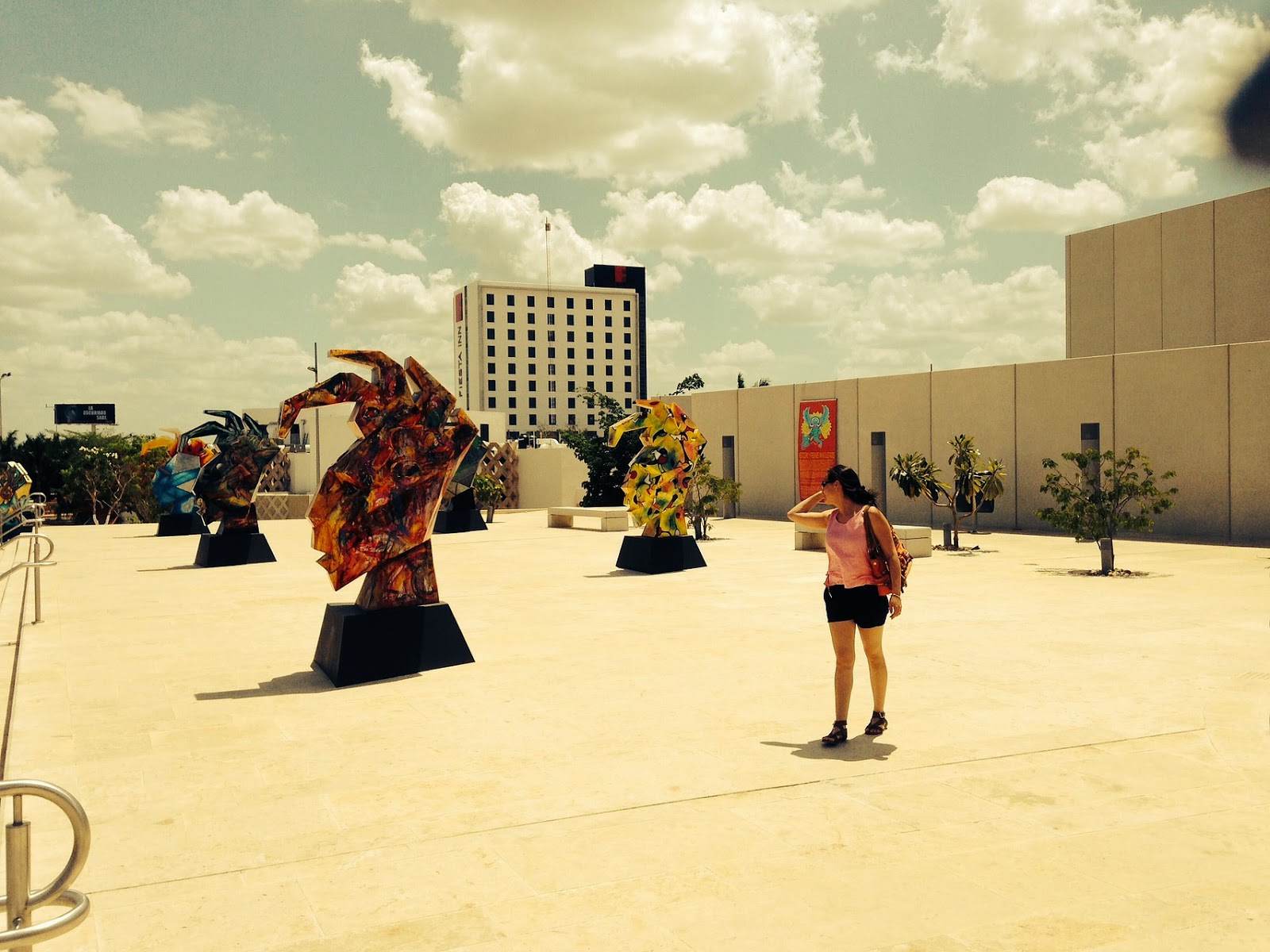 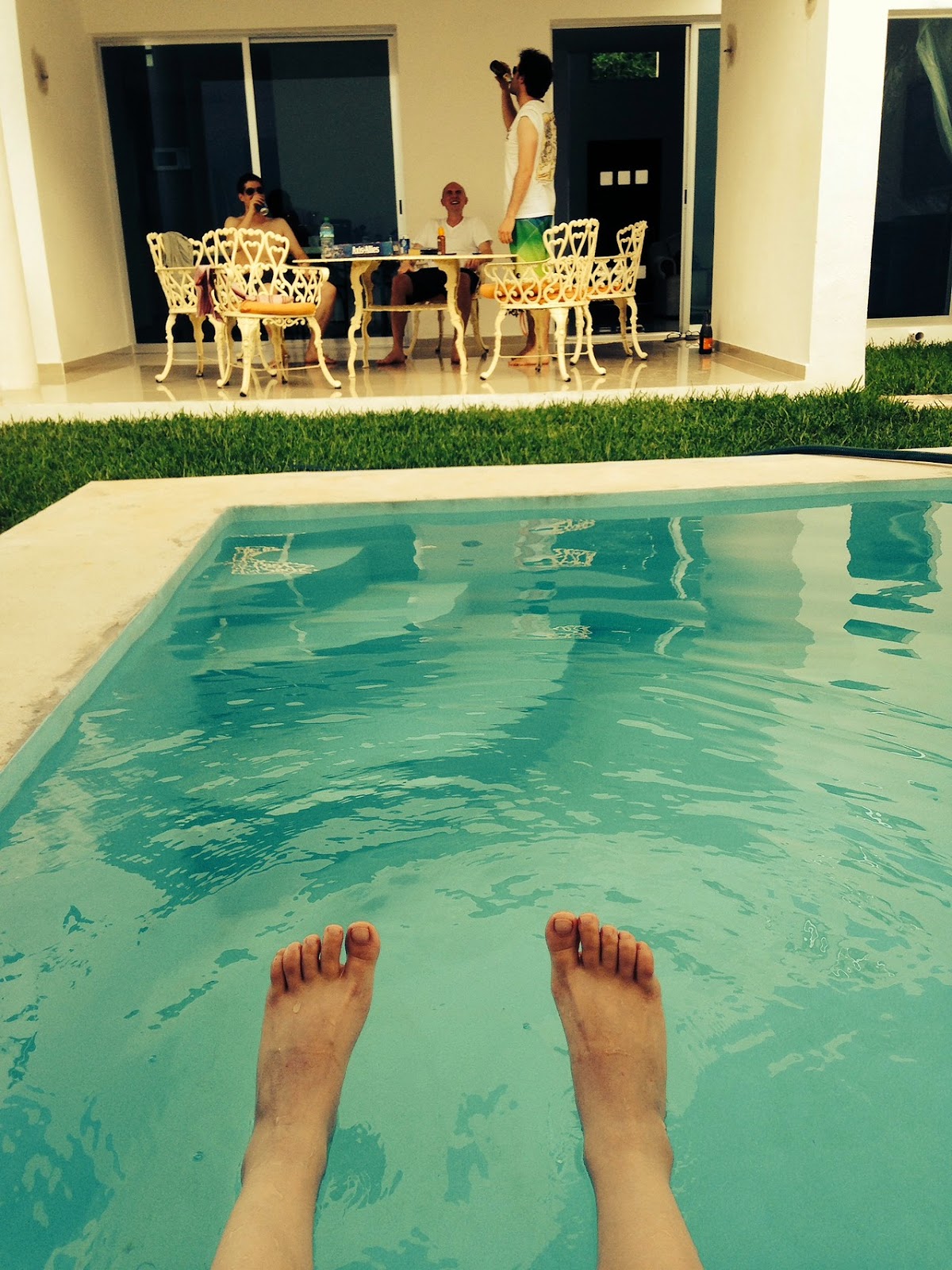 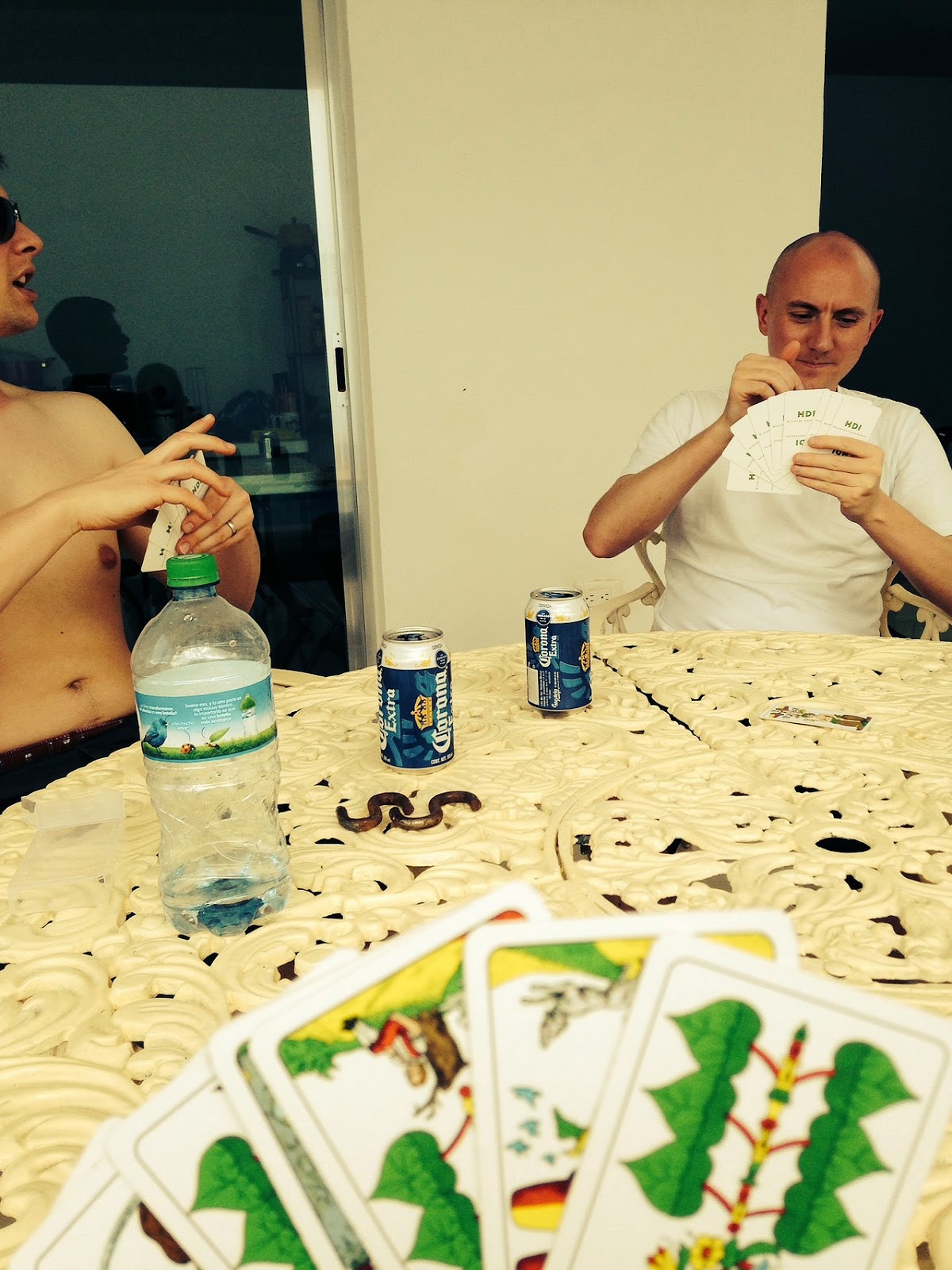 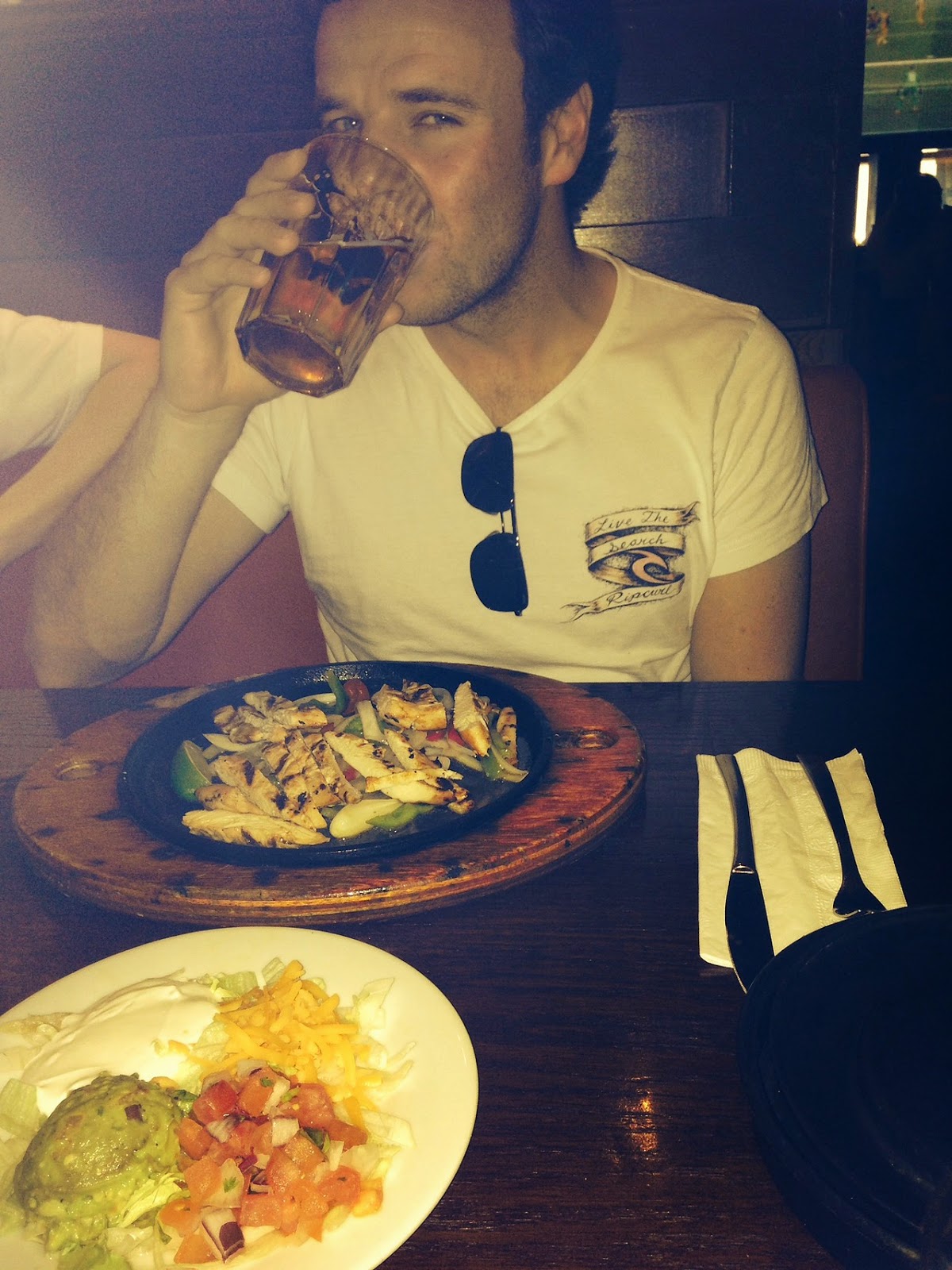 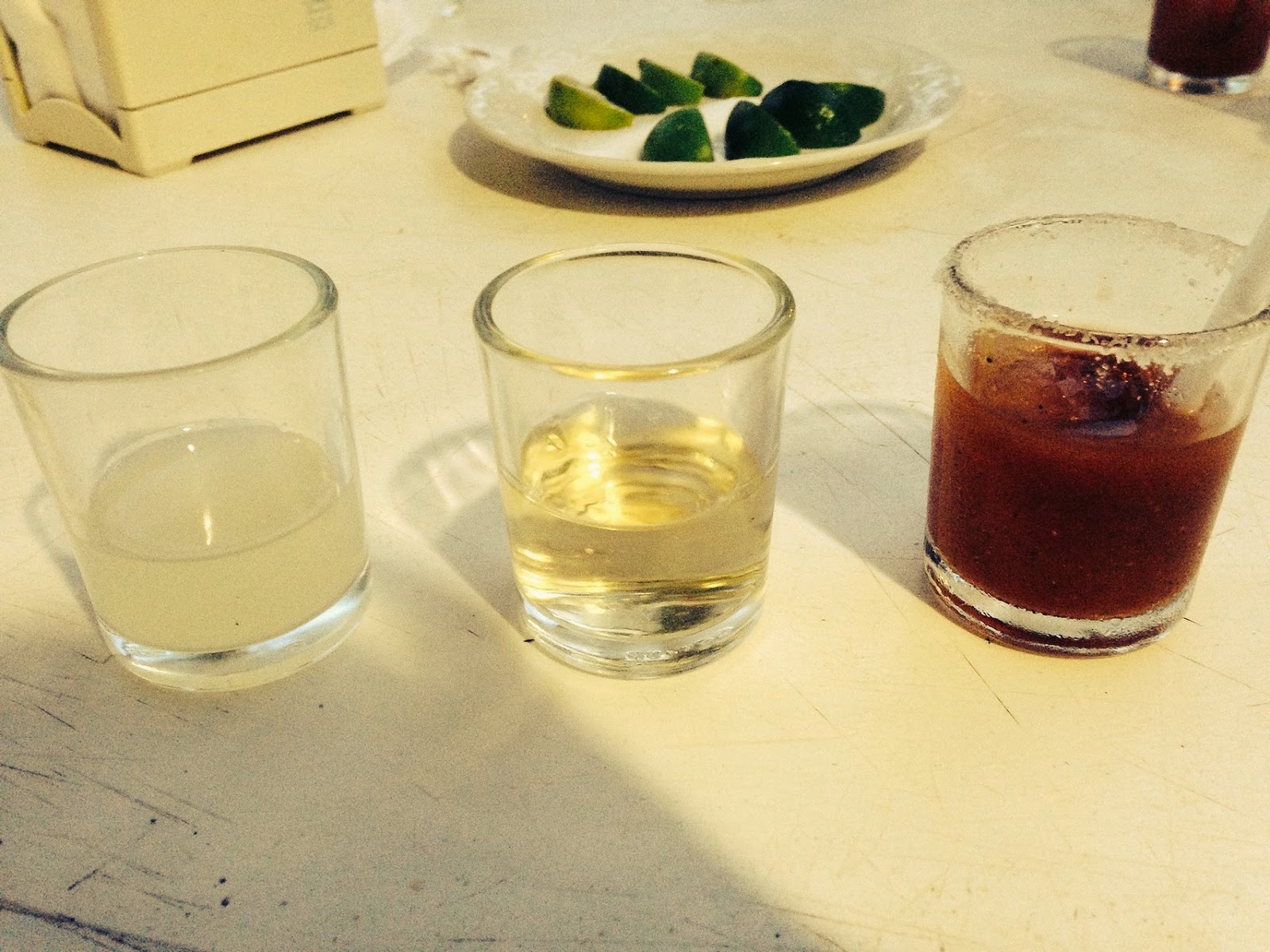 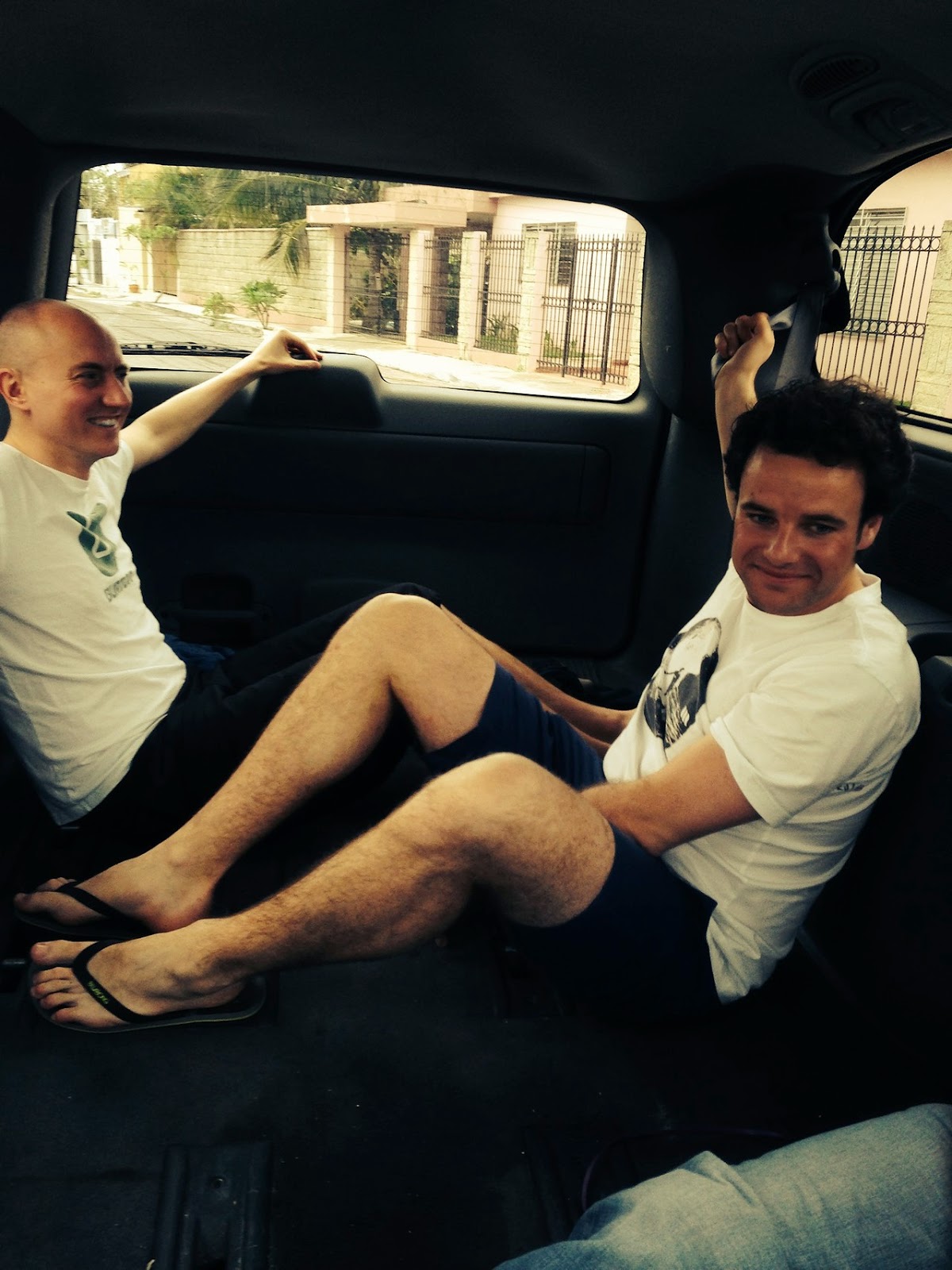 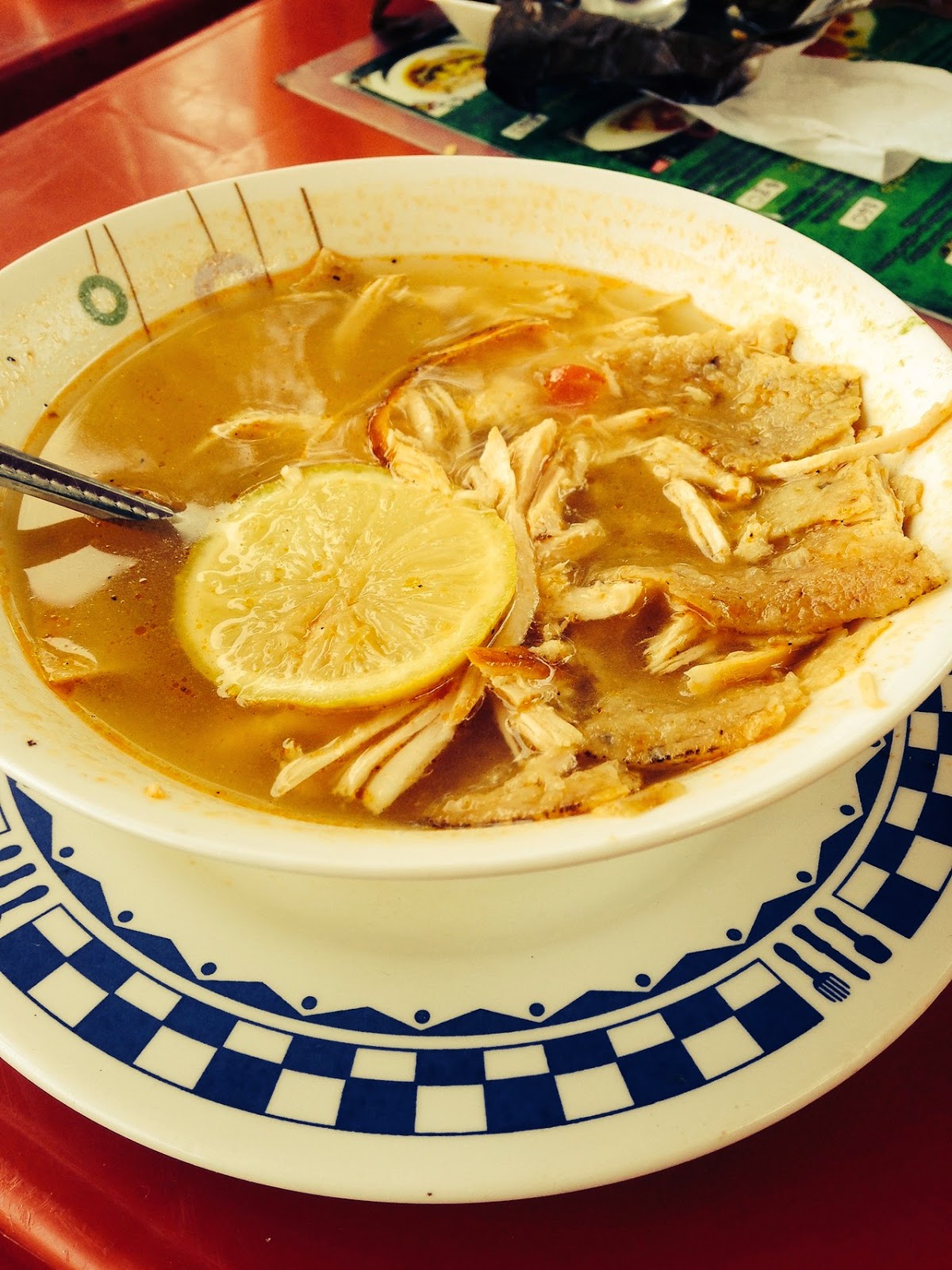 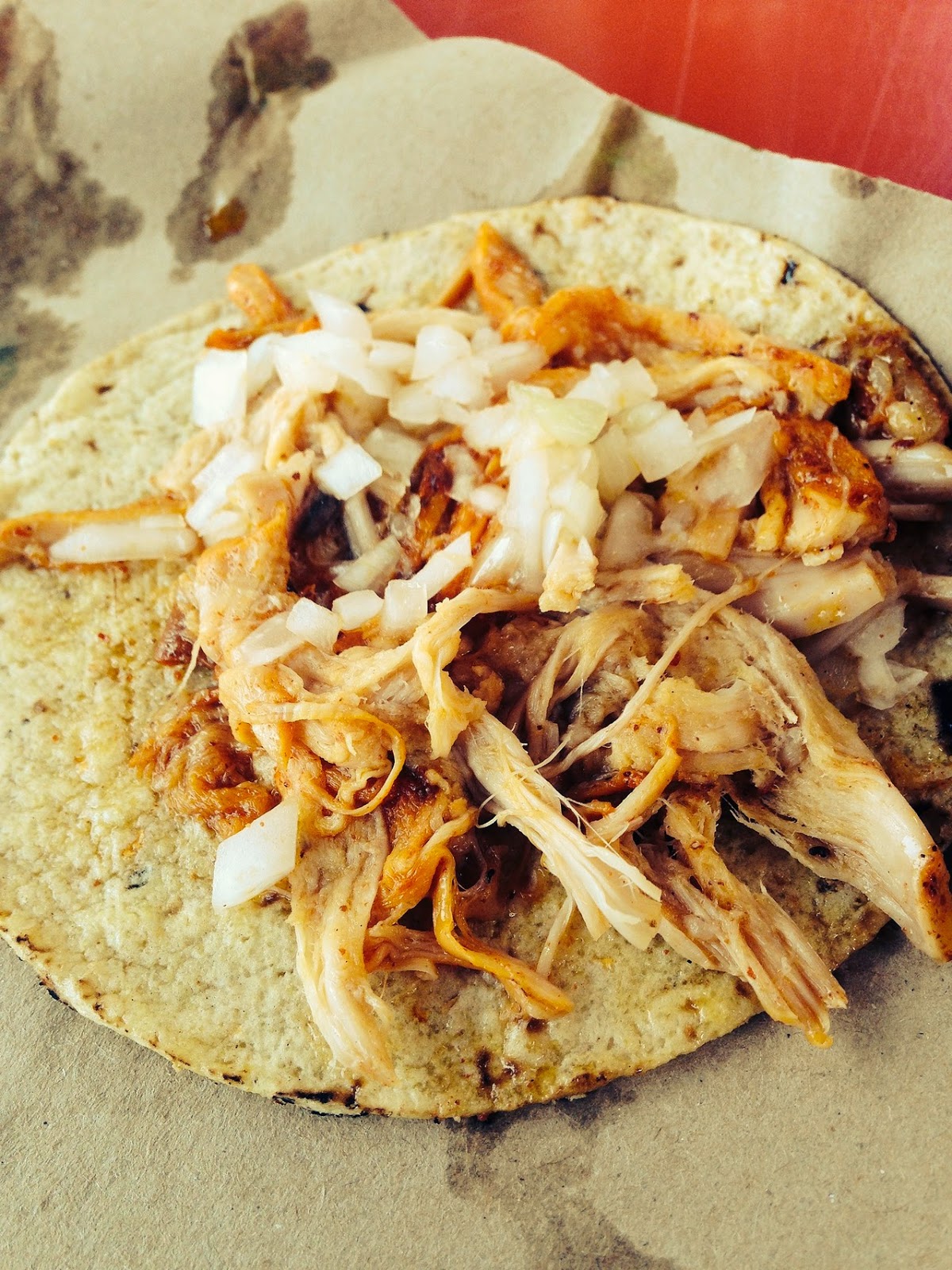 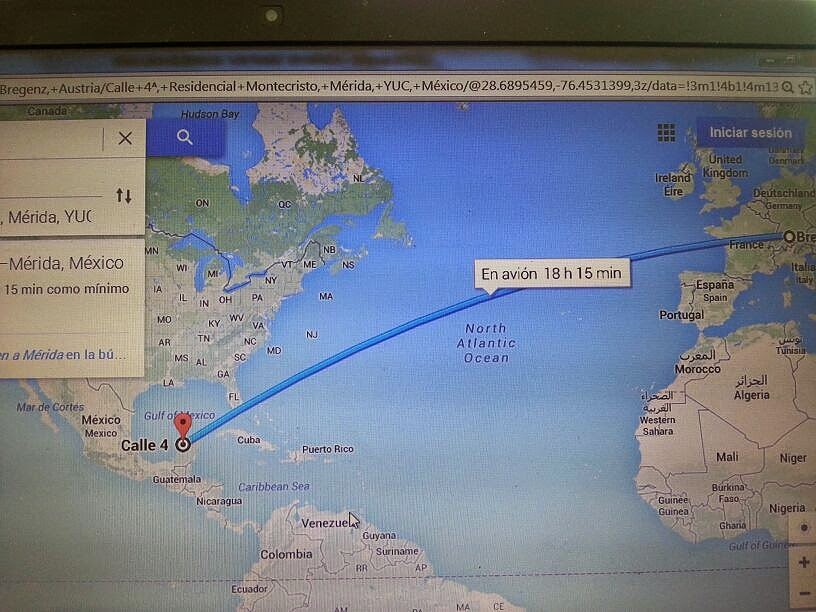 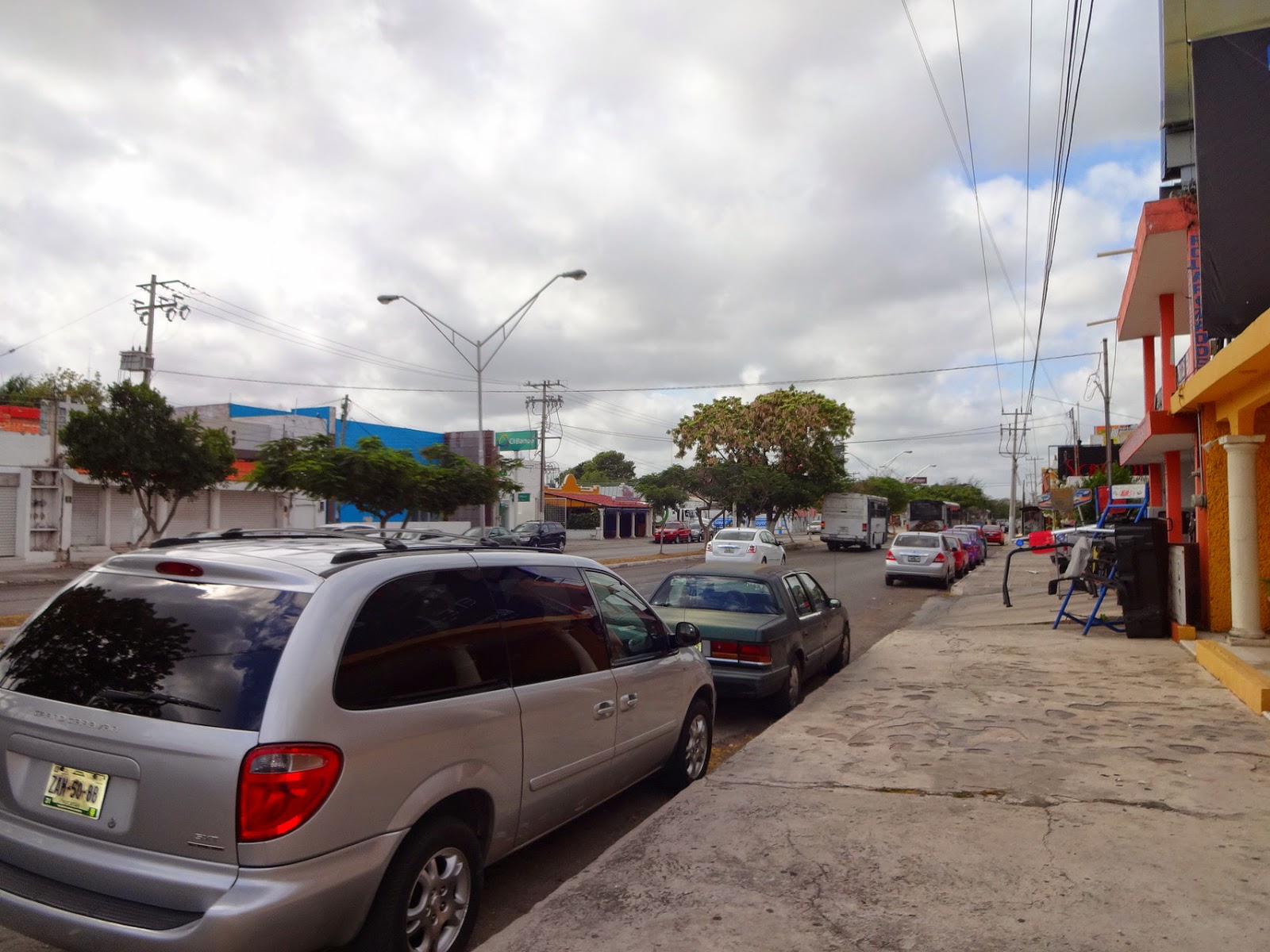 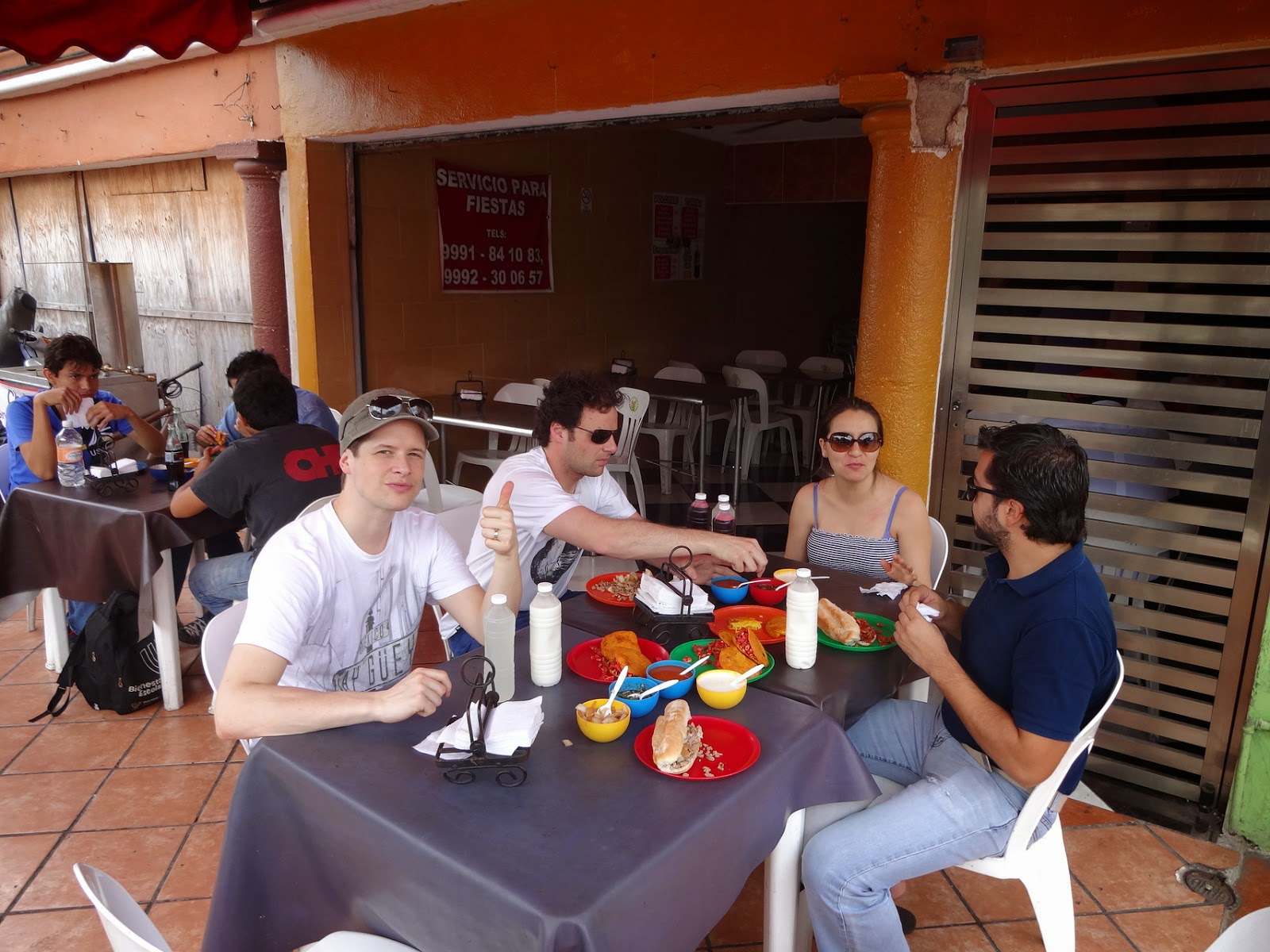 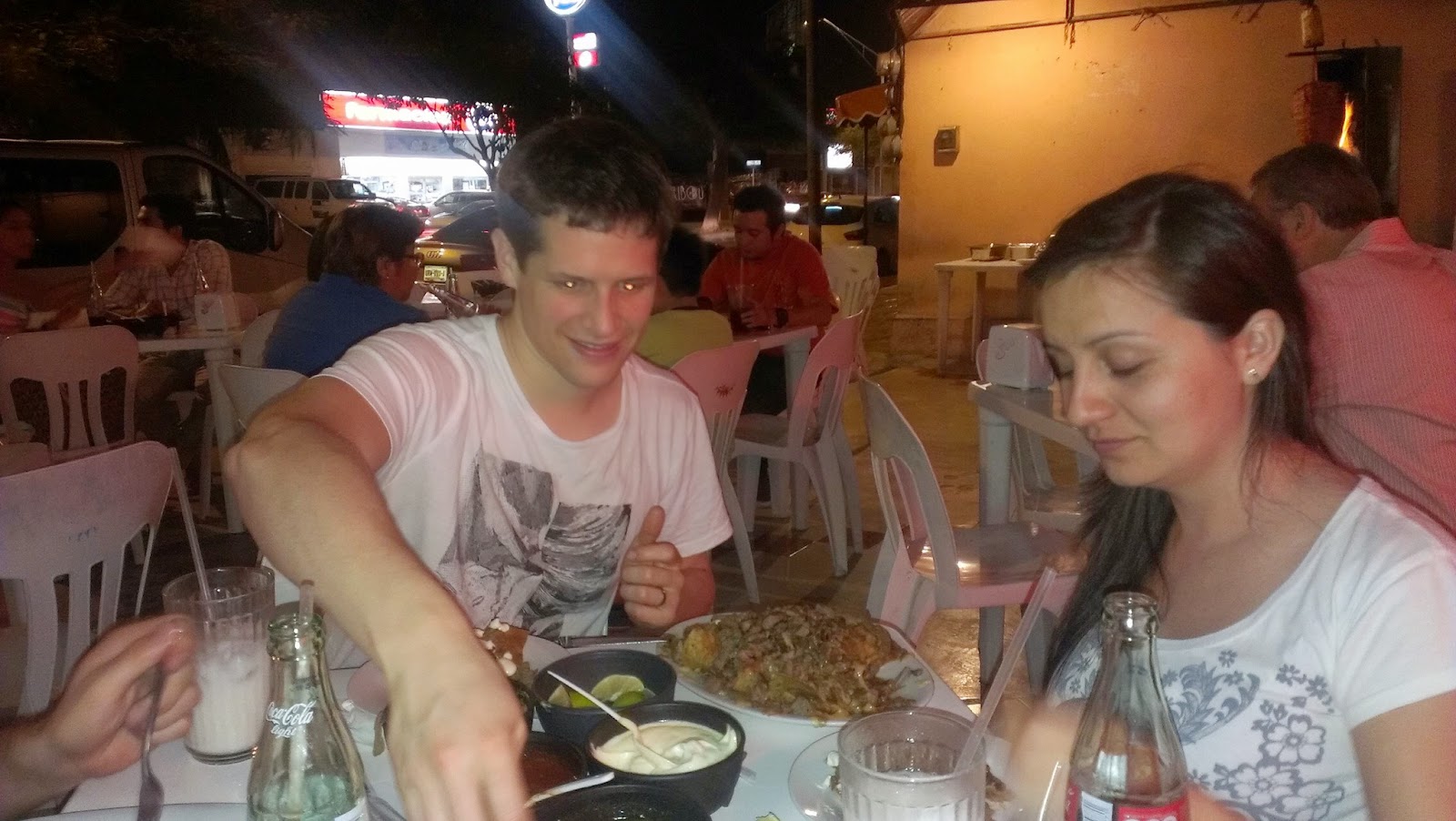 After a 11 hr flight from Paris we finally arrived to Cancun! The plan was to pick up our luggage, go through immigration and customs within one hour and catch the bus to Merida. But only immigration took an hour so we ended up leaving 2 hours later and in a private taxi.

After a stop for snacks and beer in Cancun, Franz started to feel bad and puking all the way, we had to stop 7-8 times on our 3,5 hours ride to Merida. It was like Hansel and Gretel leaving a trace behind. We finally arrived and Aldo, our friend from Merida picked us up and we drove us home, where Franz and Christian went to sleep. Bernd, Lucia and Aldo went to Diegos’ birthday party. We saw some old friends we had met during our abroad semester (Sera, Lalo, Ingrid, Majo, etc) 6 years ago and had so much fun that we ended up staying till 7 o’clock in the morning, even though the hosts (Diego & Sera) were long gone.

It didn’t make any sense to sleep so we just went to get Franz and Christian to go for breakfast. We had nice tacos and tortas of “Cochinita Pibil”, “Poc Chuc” and a “Sopa de Lima”. After a very heavy breakfast and being awake for more than 30 hours we were exhausted…zzzz….