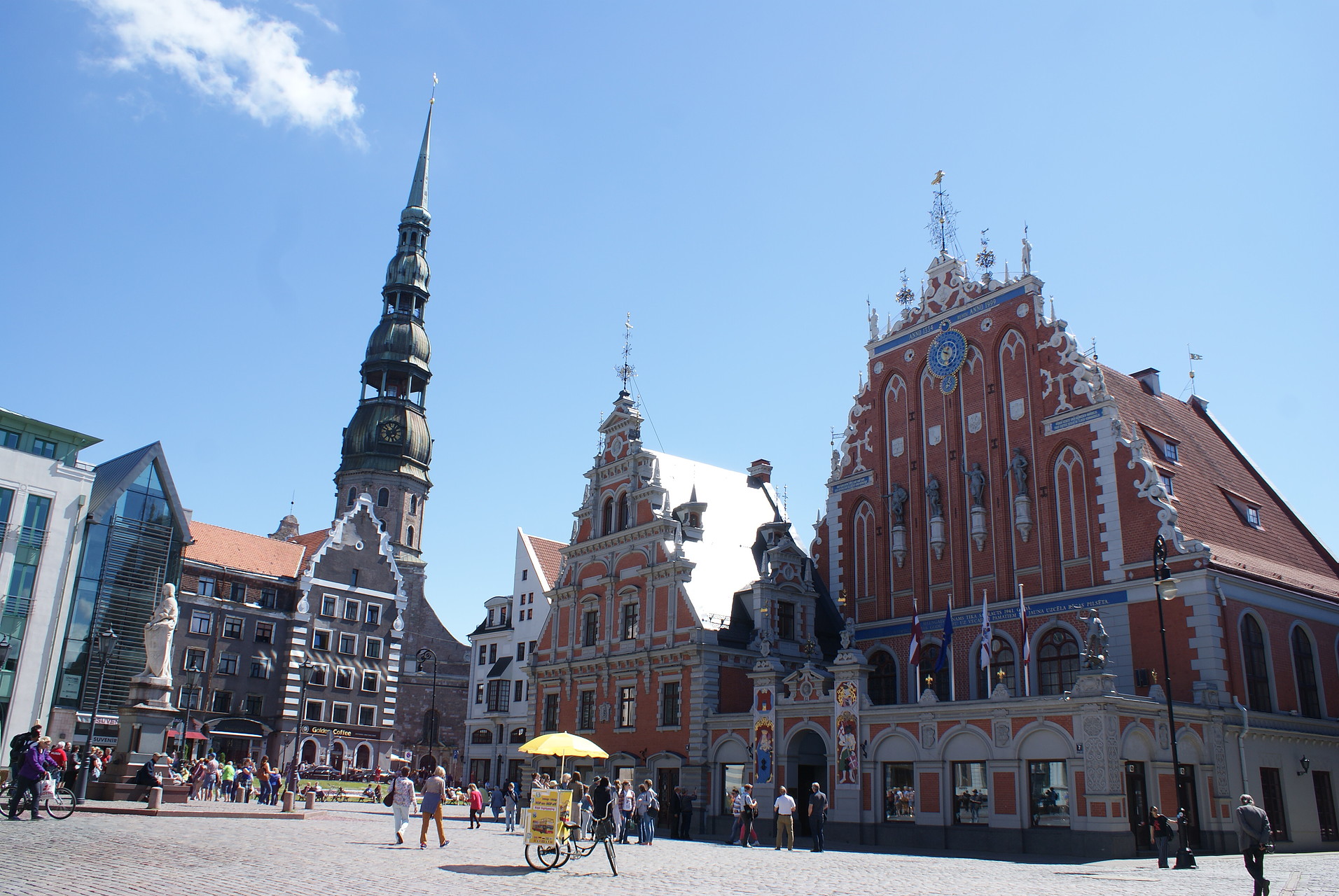 We didn’t know or heard a lot about Riga or Latvia in general, but know that we do we really like it. After a 2,5 hours flight we arrived in Riga With hunger. Went to the hotel and checked Tripadvisor for a tip where to go. We arrived to one location but it was closed so we went to the second one: the fish market, at first we couldn’t find it but the smell of fish guided us in. We entered into a big hall full with fish stands. To the left there was a very unattractive little place with two communal tables in front. We didn’t understand anything that was written there but just pointed with our fingers on the meals we wanted to try. I don’t remember well but we paid like 7 Euros for two plates of fish served with potatoes and cabbage salad, a fresh beet soup, bread with salmon and one with a fishmix on it plus a bottle of water. Really cheap, and the best thing it tasted really nice too!

After a big and delicious lunch we walked around the old town, some parks and went back to the hotel really tired.

The next day we joined a tour of Riga and got to know many “non touristic” places out of the old town like the Moscow quarter, we also heard many stories about Riga’s unfortunate history and struggle being stuck between the Russians and the Germans.

Riga is charming; many nice streets to just walk around, have a coffee or a beer (almost every second building is a coffee shop, a bar or a restaurant), parks where you can relax and most of the buildings are just beautiful. Old wooden houses combined with nicely restored “new architecture” and also some old buildings from the Russian times.

When the tour ended, a Spanish and a Brazilian joined us for a “Mysteria Game” we’ve gotten ourselves registered into. We arrived to this place, rang the door and were received by a girl who took and locked us into a room. Everything was 180 degrees around, meaning the toilet and furniture on the wall, carpet on the ceiling etc. Your mission is to find the key within one hour to get out of the room. Every five minutes we got a hint on an iPad on what to do. The game was tough but we managed to get out in 55 minutes (with some outside help :)

We had a victory beer afterwards and shared stories about our different countries and travels. Somehow forgot the time, it’s really hard to have a sense of time in Riga in the summer because the sunset is around 12-1am. Actually we never saw the night. Anyway, Lucia and I had a fantastic dinner including a red tuna tartare, squid and salmon fillet… Although I don’t think the salmon is from Latvia, you get it everywhere, even for breakfast and yes, it tastes amazing.

After dinner we ended up in a bar drinking another beer with our new friends- yes, beer is famous and traditional in Latvia, many different brands, sorts and flavors including cranberry. And that’s how our night ended. Well no, the night didn’t end, like I told you before, it was never dark, we went to bed at 1am and the sun was setting? Maybe.